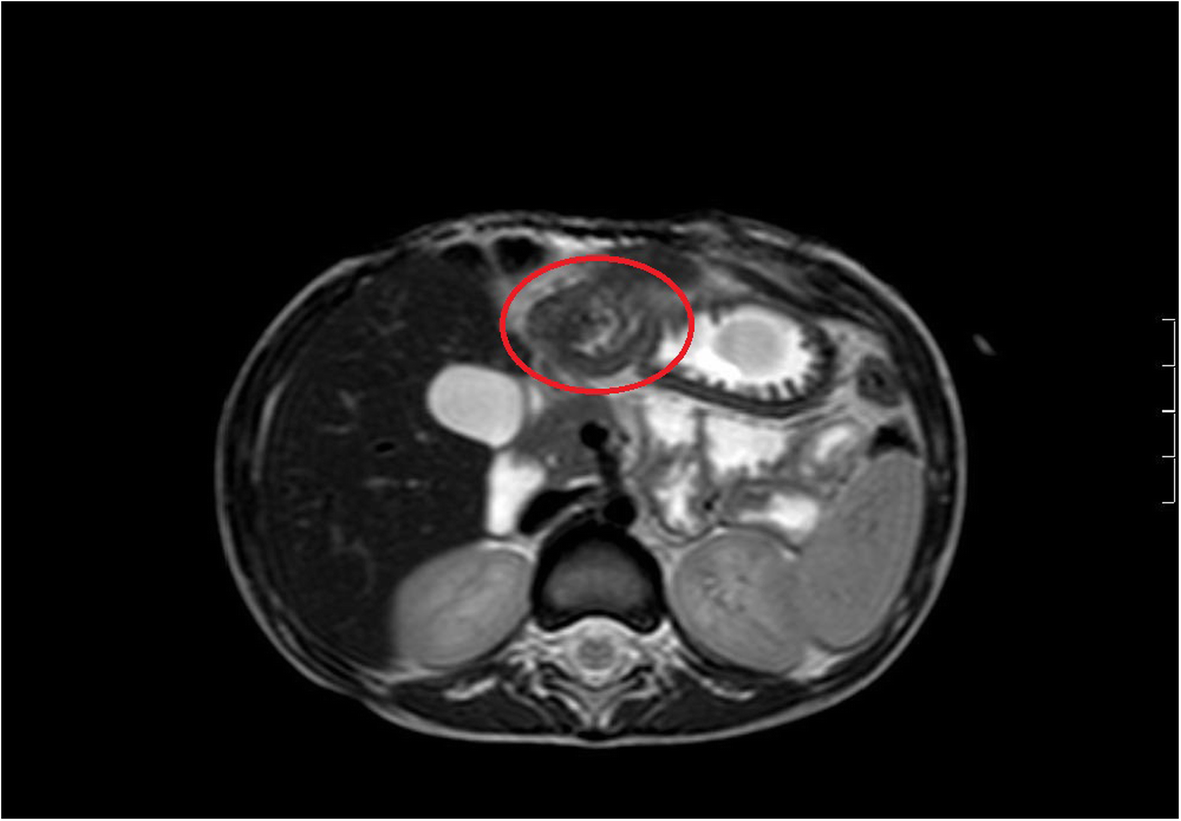 Heterotopic
pancreas in the gastrointestinal tract in children: a single-center experience and a review of the literature. Magnetic resonance imaging of gastro-pyloric heterotopic pancreas (circle)
ijponline.biomedcentral.com • CC-by-4.0 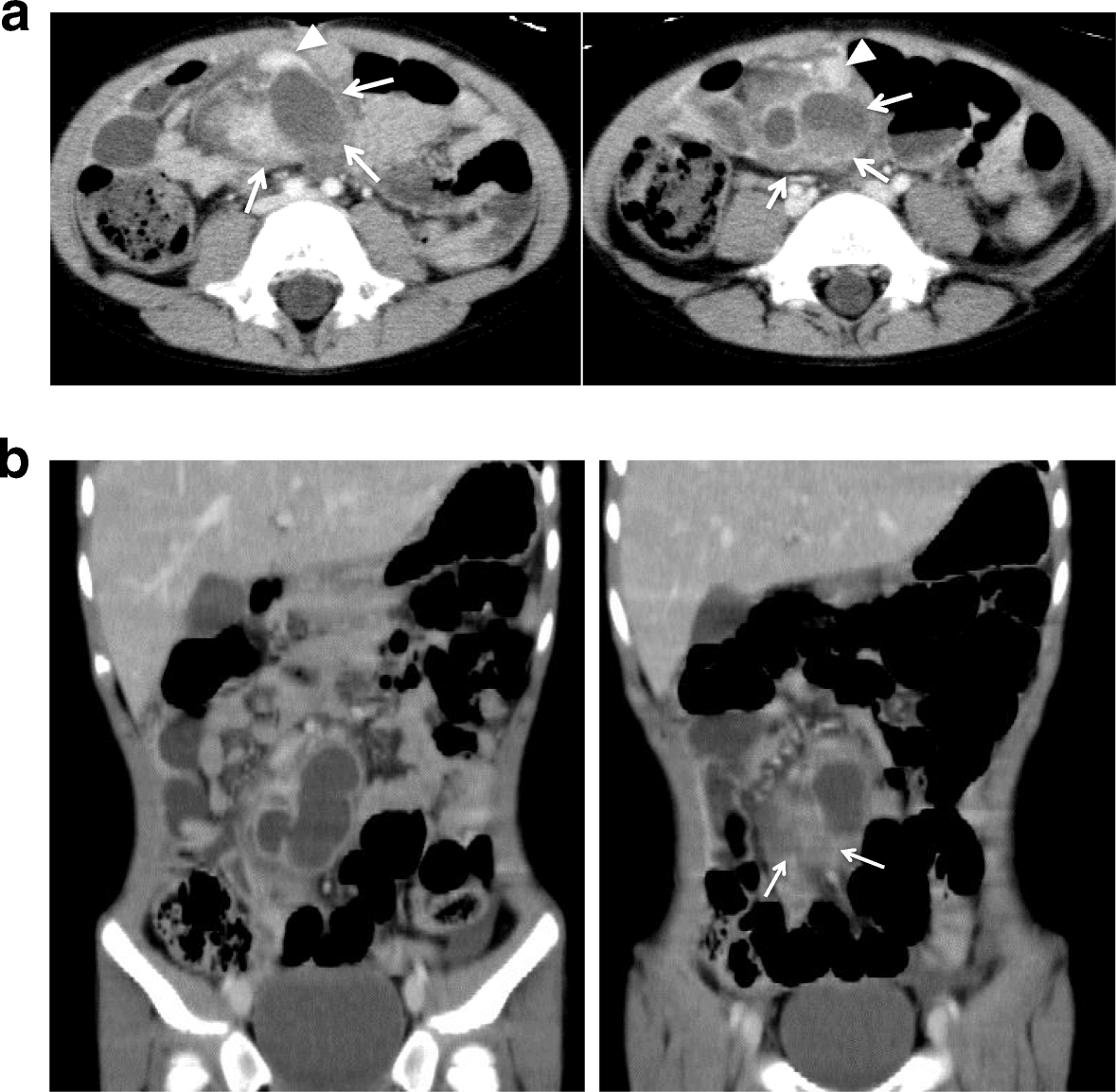 A case report
of ectopic pancreatitis in an isolated enteric duplication cyst. Enhanced CT. a In the ileal mesentery at the level of the umbilicus, a cystic lesion with enhancing wall is seen (arrows). There is a enhancing nodule in the cystic wall (arrow heads). b On coronal plane, the lesion appears to be a tubular structure. The fat density around the lesion is increased suggesting inflammation (arrows)
bmcsurg.biomedcentral.com • CC-by-4.0

A case report
of ectopic pancreatitis in an isolated enteric duplication cyst. Enhanced CT, retrospective finding. An independent blood vessel coursing through the dorsal side into the lesion was identified (arrows)
bmcsurg.biomedcentral.com • CC-by-4.0

A case report
of ectopic pancreatitis in an isolated enteric duplication cyst. Follow-up CT. On the follow up CT at 3 months revealed, decrease in size of the lesion is seen. There is a enhancing nodule seen in the cystic wall (arrow)
bmcsurg.biomedcentral.com • CC-by-4.0 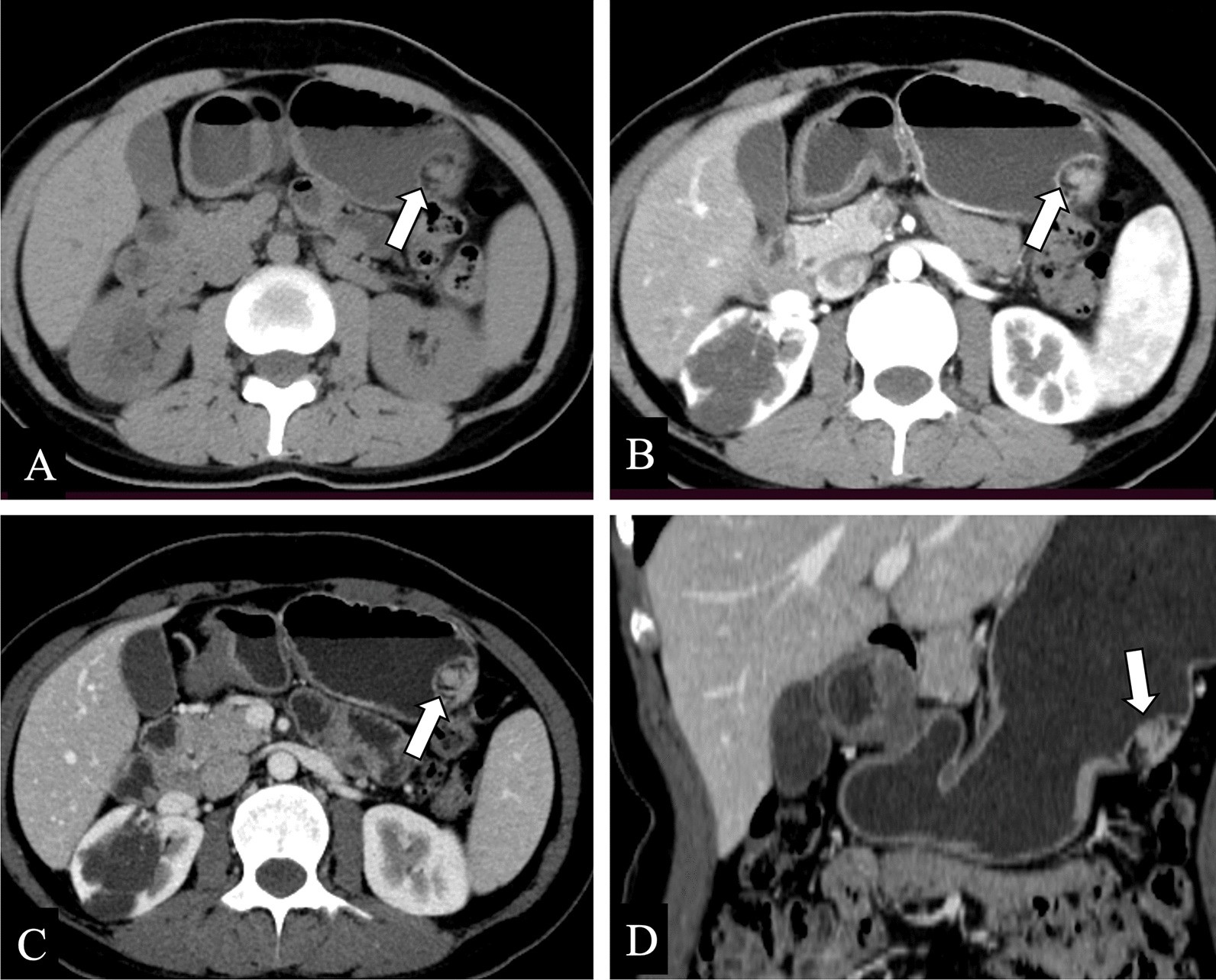 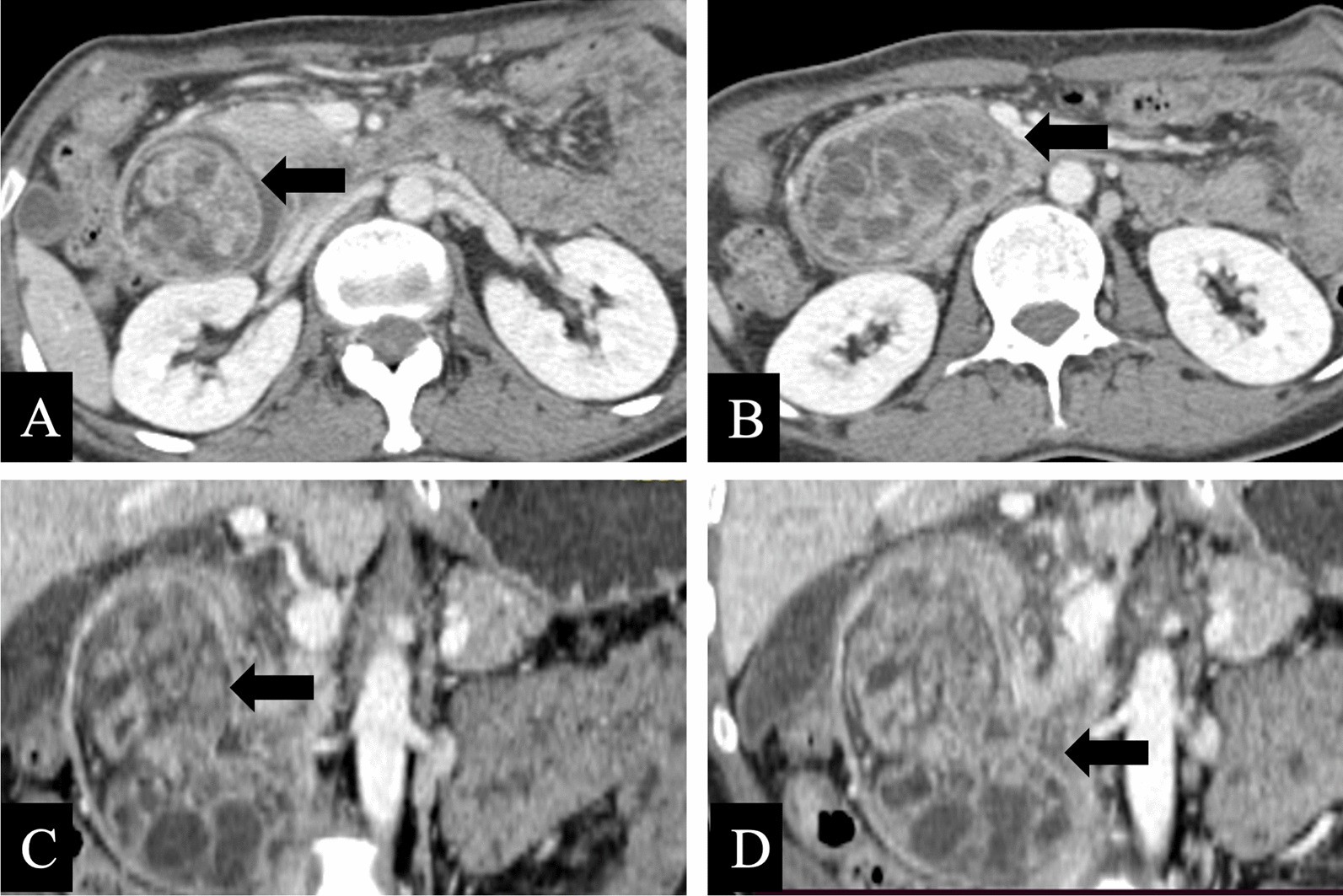 Insight into
gastrointestinal heterotopic pancreas: imaging evaluation and differential diagnosis. a–d A 46-year-old female presented with abdominal pain and anorexia over the course of one year with a weight loss. Contrast-enhanced axial CT images presented a 5.8 × 4.9 cm, endoluminal, and ill-defined mass (black arrows) in the duodenum accompanied by subsequent gastric outlet obstruction with surrounding inflammation and duodenal intussusception, and the patient was noted to have mild elevation in her amylase and lipase. The patient was subsequently taken to the operating room for antrectomy and Billroth II reconstruction. Her pathology demonstrated a heterotopic pancreas in the duodenum
insightsimaging.springeropen.com • CC-by-4.0 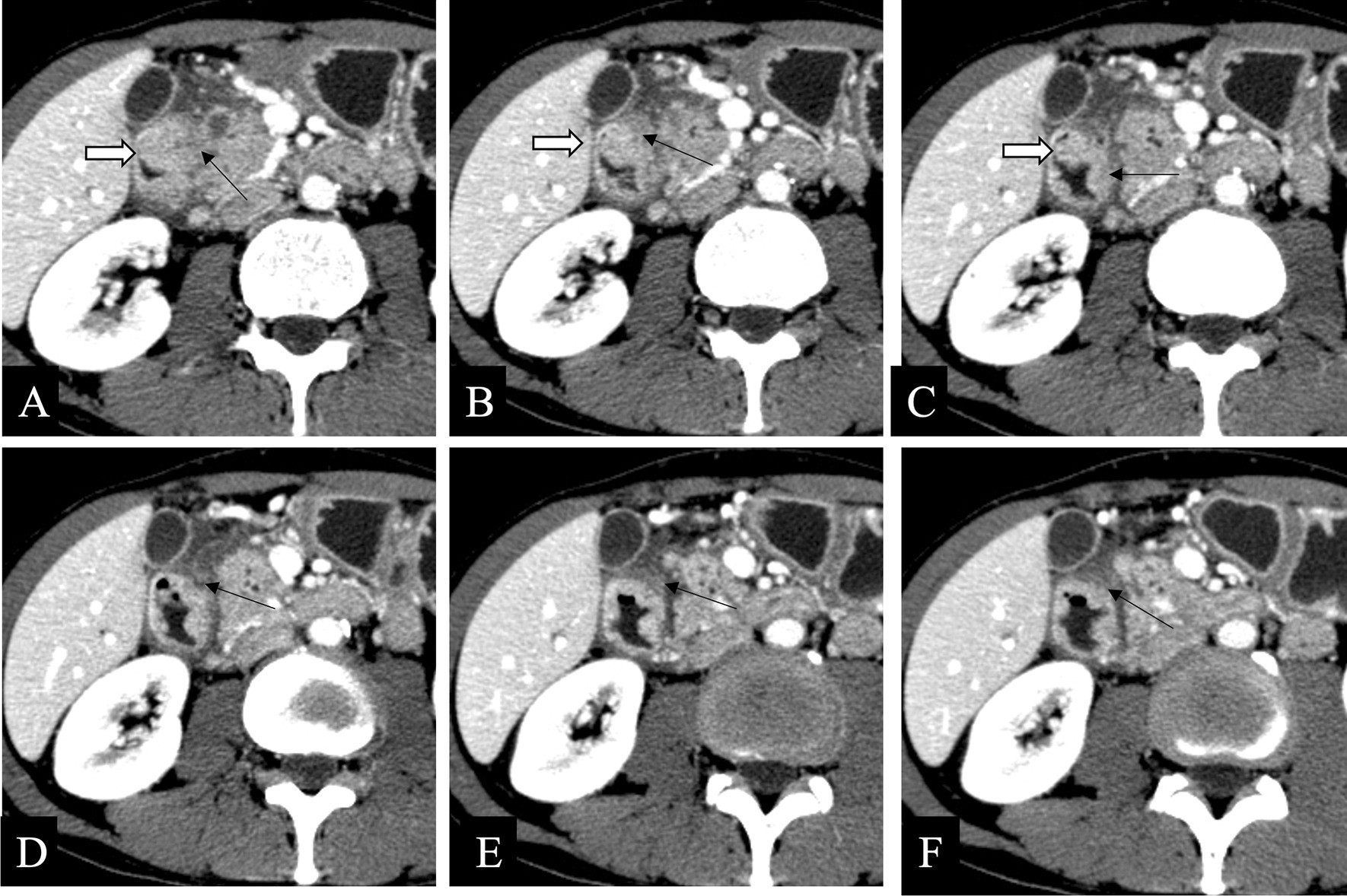 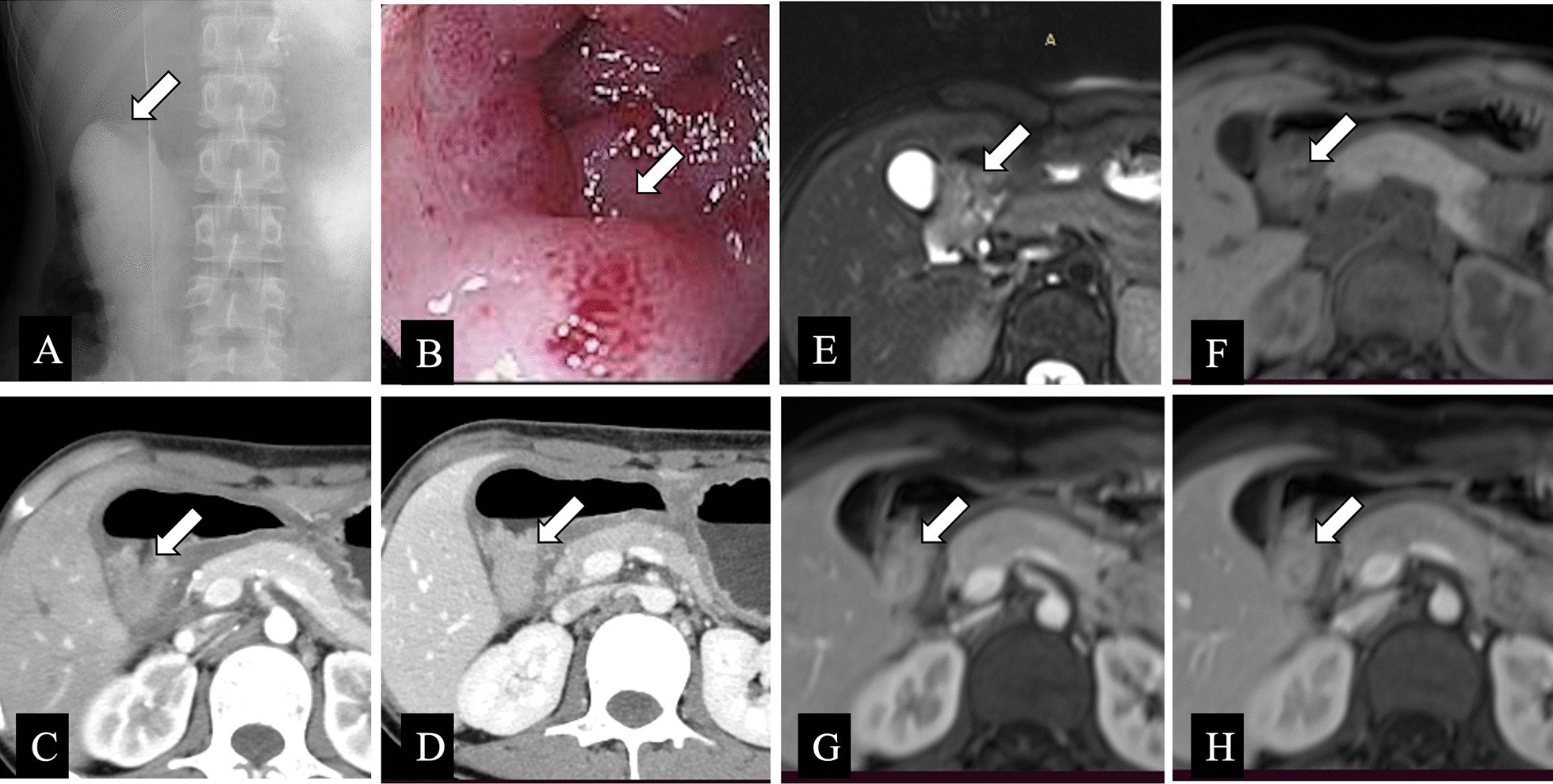 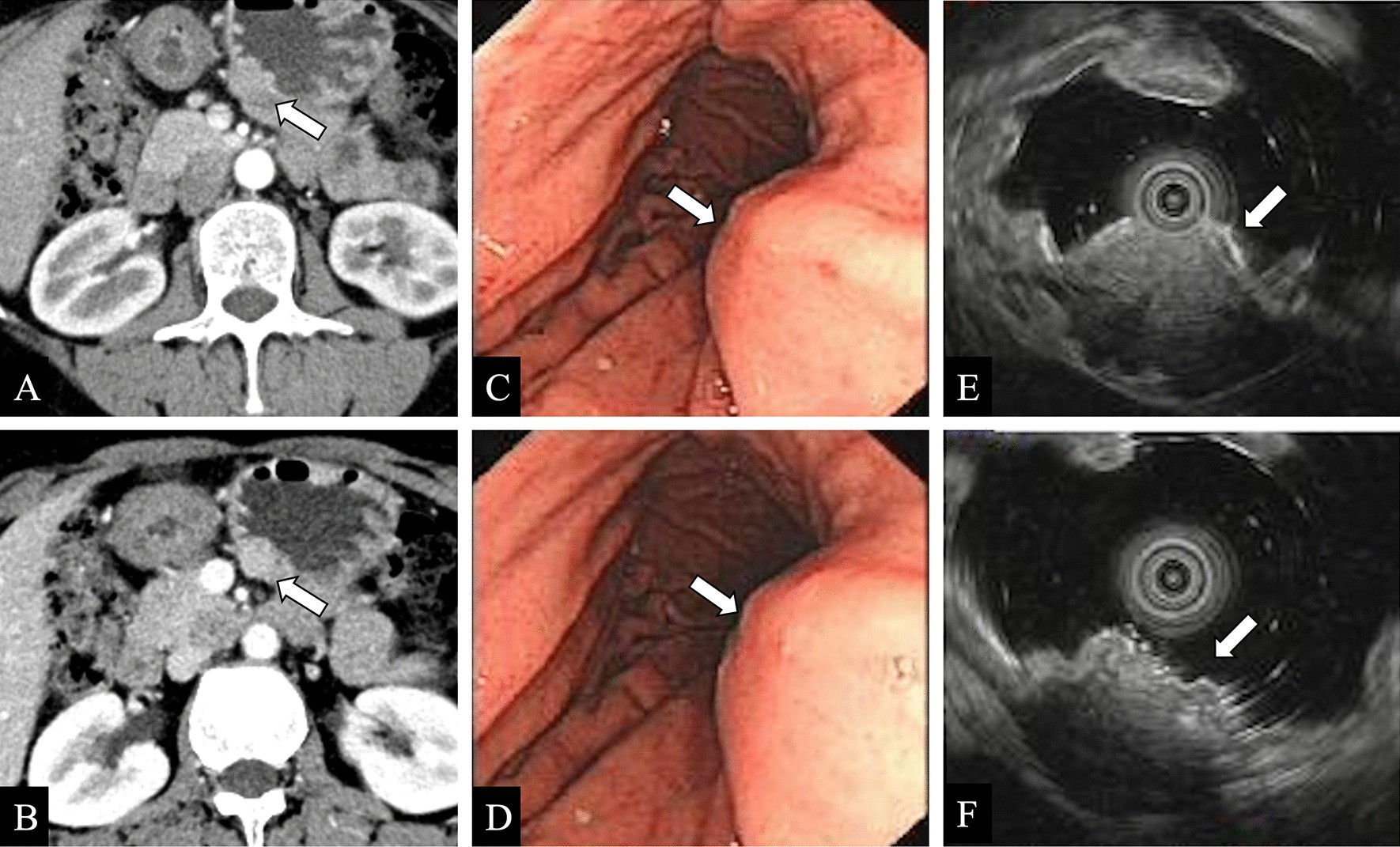 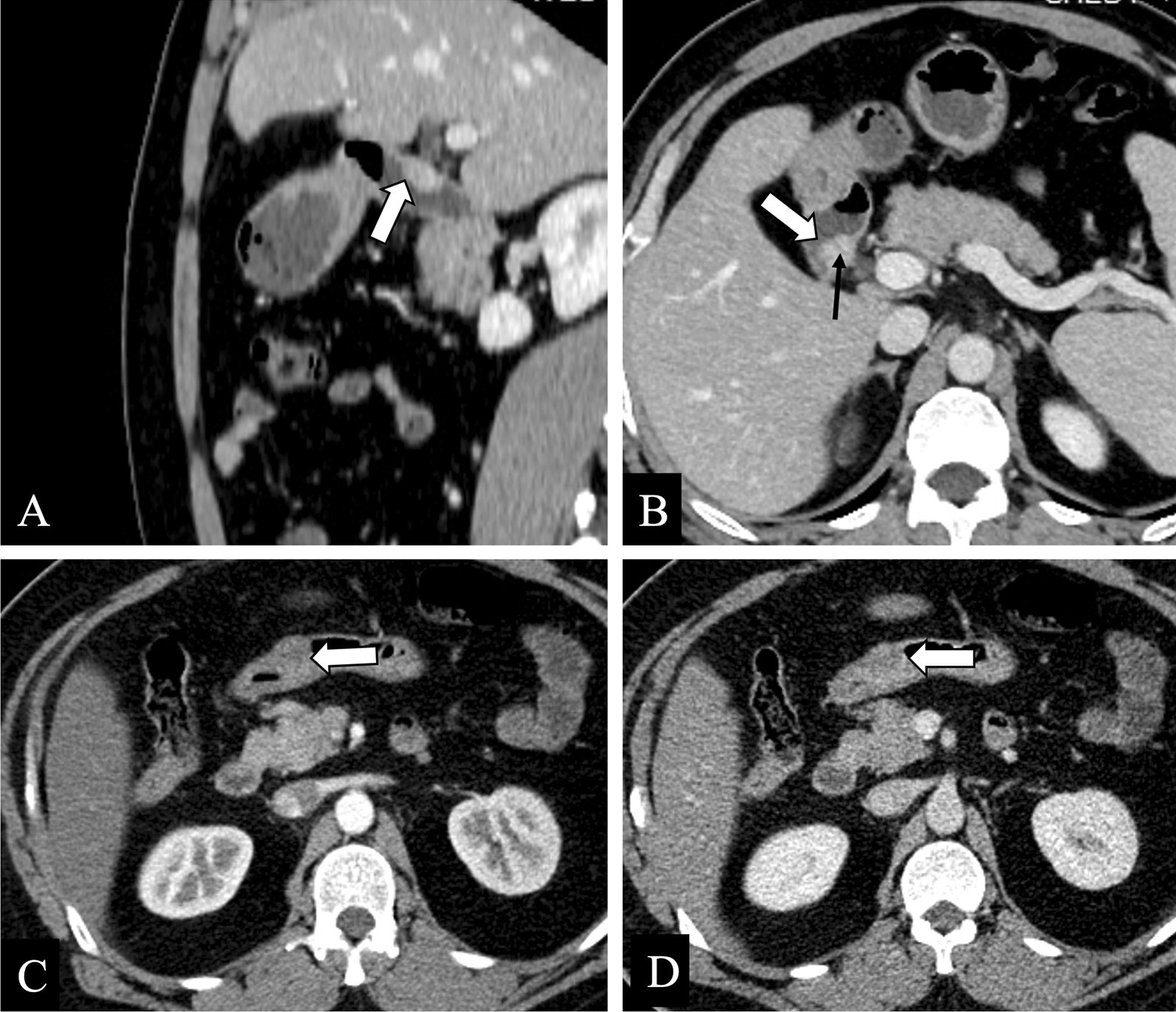 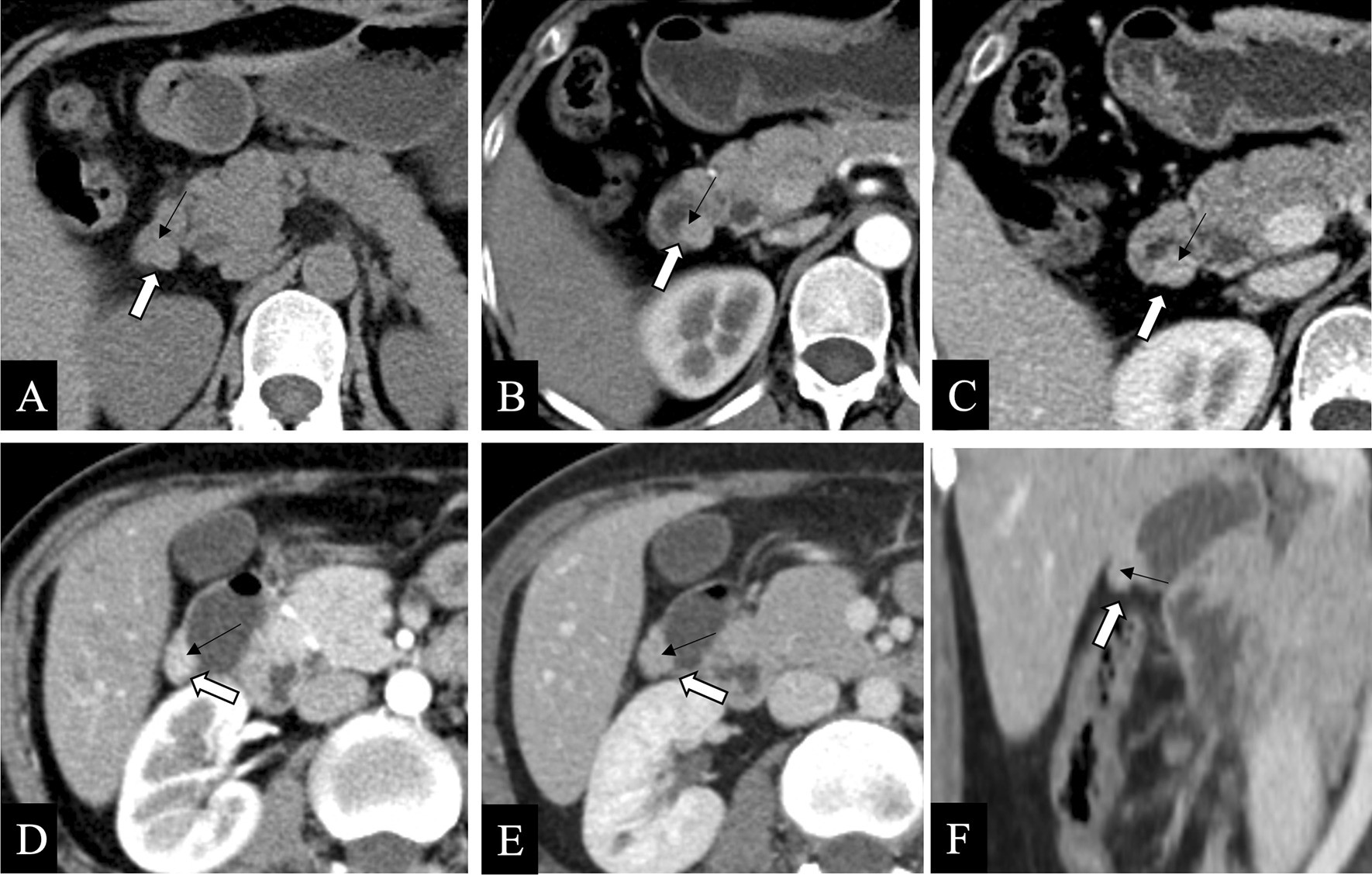 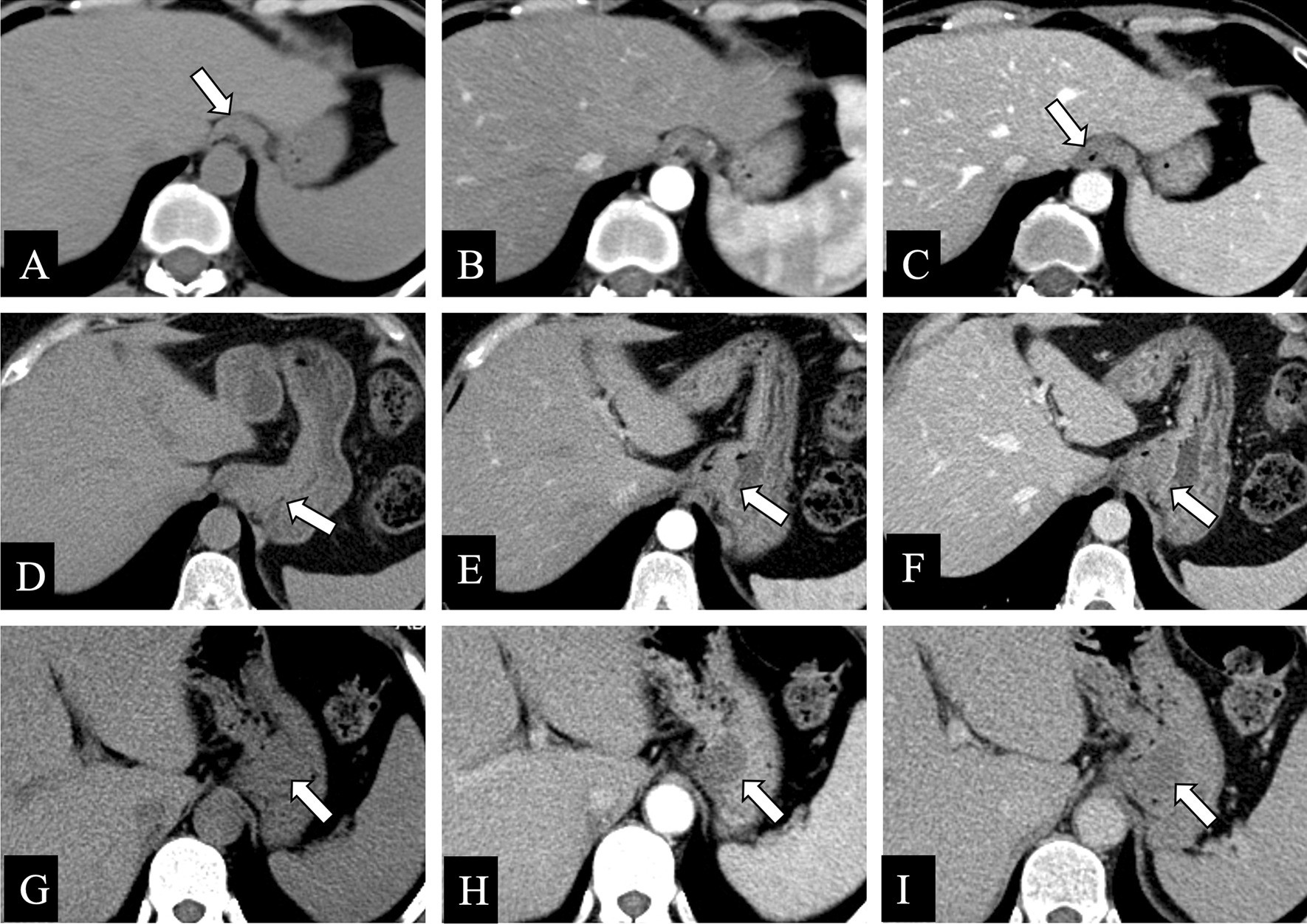 Most commonly an asymptomatic entity.

If the ectopic pancreatic tissue is functional, it is subject to the same variation of pathology that affects the normal gland, including, but not limited to pancreatitis and pancreatic tumors.

On upper gastrointestinal examination, an ectopic pancreas appears as an extramucosal, smooth, broad-based lesion either along the greater curvature of the gastric antrum or in the proximal duodenum.

Laparoscopic wedge resection is usually successful in removing the ectopic tissue, although its success is dependent on the location.