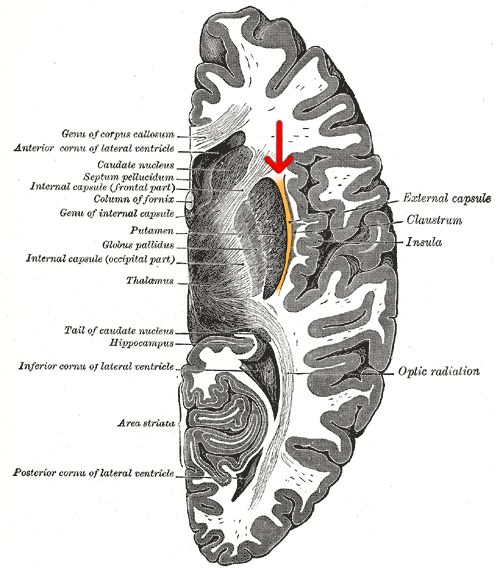 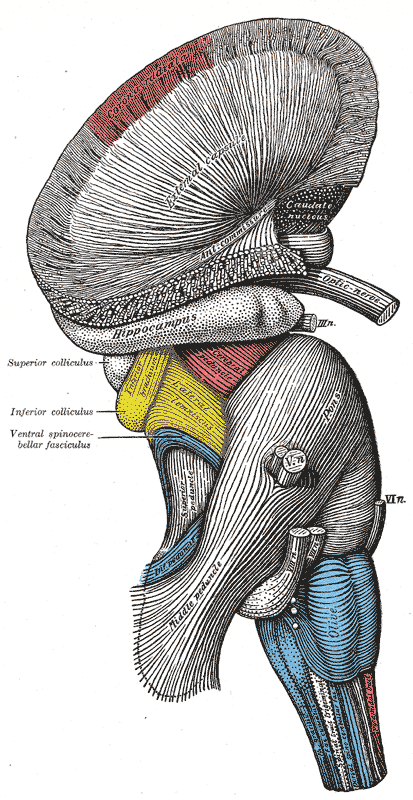 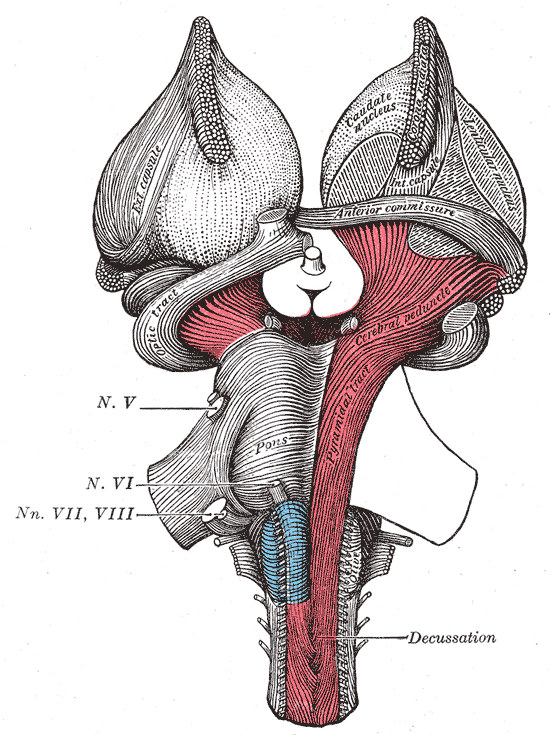 The external capsule is a series of white matter tracts in the brain situated between the putamen and claustrum. It is composed of claustrocortical fibers dorsally and the combined mass of the uncinate fasciculus and inferior frontal occipital fasciculus ventrally.

The claustrocortical fibers of the dorsal extreme capsule appear to emanate radially from the periphery of the dorsal claustrum. These fibers pass through the corona radiata to reach to the frontal lobe and parietal lobe (including the supplementary motor area).

On their way through the corona radiata, they run laterally to the dorsal part of the frontal horn, body and the ventral atrium of the lateral ventricle. It should be noted that the claustrocortical fibers are bidirectional, that is, they are composed of fibers both emanating from and converging on the claustrum.

The inferior frontal occipital fasciculus and uncinate fasciculus together form the ventral external capsule. They pass through the temporal stem to the frontal lobe from the temporal lobe.

The uncinate fasciculus lies just posterior to the limen insulae in a hook-like shape ("uncinate" means "hook") and connects the temporopolar area to the orbital frontal lobe. It is sometimes characterized as having two parts, a dorsolateral and a ventromedial part, the latter also connecting to the septal area. On its way to the limen, it envelopes the inferior and anterior aspect of the nucleus accumbens.