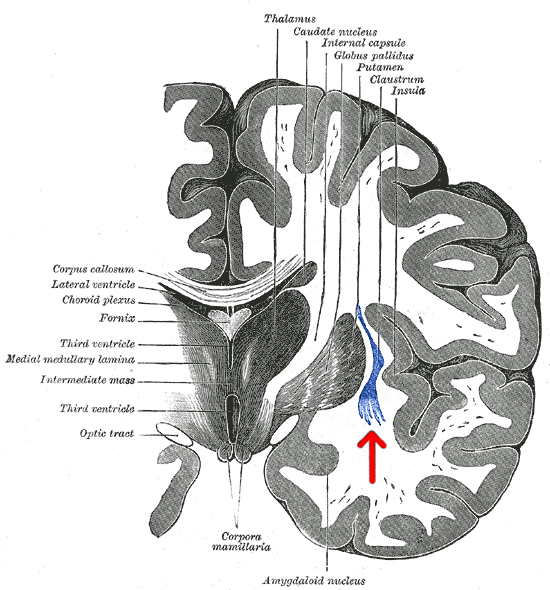 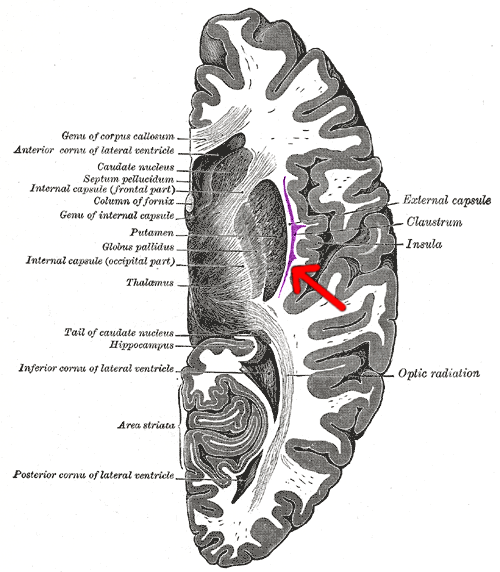 The claustrum (plural: claustra) is a vertical curved sheet of subcortical grey matter oriented sagittally between the white matter tracts of the external capsule and extreme capsule. It is lateral to the putamen and medial to the insular cortex. It is not part of the basal ganglia.

There are lateral and medial tracts connecting to many cortices as well as the hippocampus, the amygdala, and the caudate nucleus.

The claustrum has been hypothesized to play a central role in the generation of consciousness , which would explain why it has white matter projections from all areas of the cortex. Due to its diminutive size there has been a paucity of experimental evidence. However a case report utilizing electrode stimulation and a pharmaceutical study both support this hypothesis.