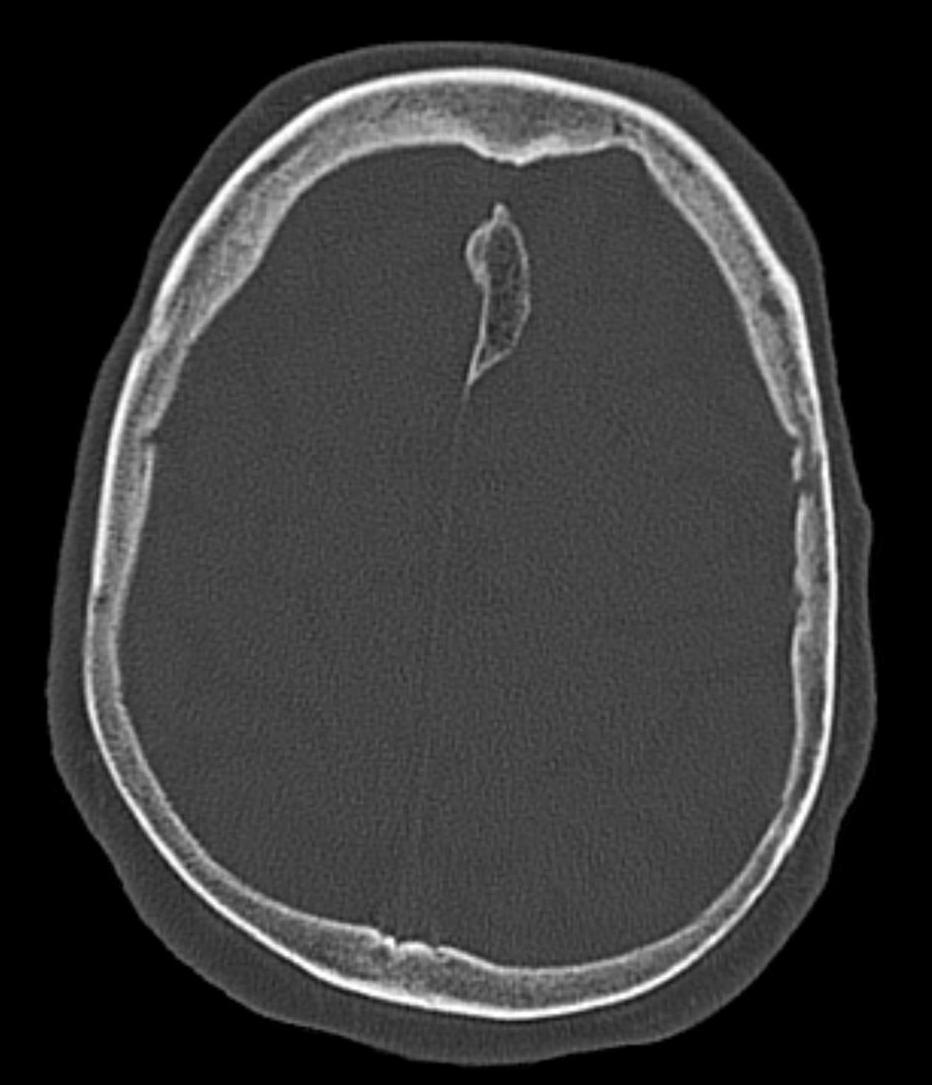 In discussing mineralization of the falx cerebri, many radiology textbooks use the term falx calcification and make no mention of falx ossification.

None of the available literature had mentioned whether the gender or ethnicity plays any role in falx ossification.

Incidence of falcine ossification has been reported in certain medical disorders such as :

Since the falx cerebri is derived from embryonic mesenchymal cells, occasional ossification might be seen due to friction, hemorrhage, or trauma, which results in some osteogenic changes leading to the formation of membranous bone.

There is no difficulty identifying the ossification process on CT images, nevertheless on MRI images some differentials should be considered: