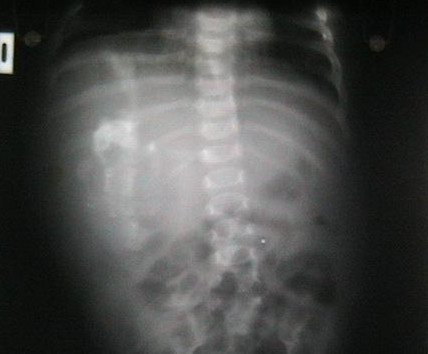 The
postoperative specimen, whose sex is indeterminent at sight, shows a fairly well developed fetus lying on his or her back, displaying his or her rudimentary digits.
Wikipedia • CC BY 2.0 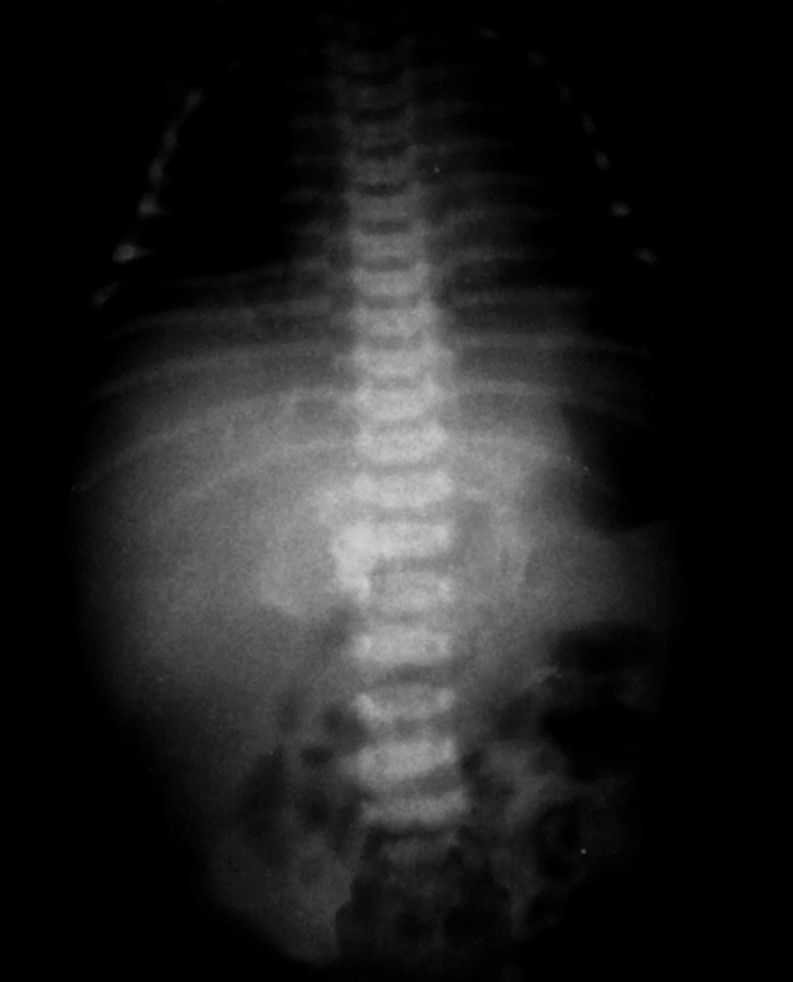 Fetus-in-fetu is an extremely rare abnormality that occurs secondary to abnormal embryogenesis in a monochorionic diamniotic pregnancy where a non-viable fetus becomes enclosed within a normally developing fetus.

Fetus-in-fetu is very rare, with an incidence of 1/500,000 live births . This condition is thought to have a 2:1 male predominance .

Most patients present with an abdominal mass in the first year of life . There also may be symptoms of mass-effect, such as difficulty feeding .

The exact embryogenesis of fetus-in-fetu is controversial - there are two schools of thought:

In the vast majority of cases, there is only a single fetoid form present, however rarely there may be multiple, with up to 11 fetoid forms having been reported in one case .

Most occur in the abdomen, with 80% in the retroperitoneal cavity . Other rarer reported locations include:

May typically show a calcified abdominal mass with some components favoring fetal parts within the abdomen (or rarely other parts) of another neonate . This is best seen on cross-sectional imaging rather than plain radiograph .

Different fetal parts may be appreciated :

The treatment of choice is total surgical excision . It is considered relatively benign .

Thought to be originally described by Meckel in the late 18 century .

This entity is distinguished from an intrabdominal teratoma by its embryological origin, its unusual location in the retroperitoneal space, its invariable benignity, and by the presence of vertebral organization with limb buds and well-developed organ systems .