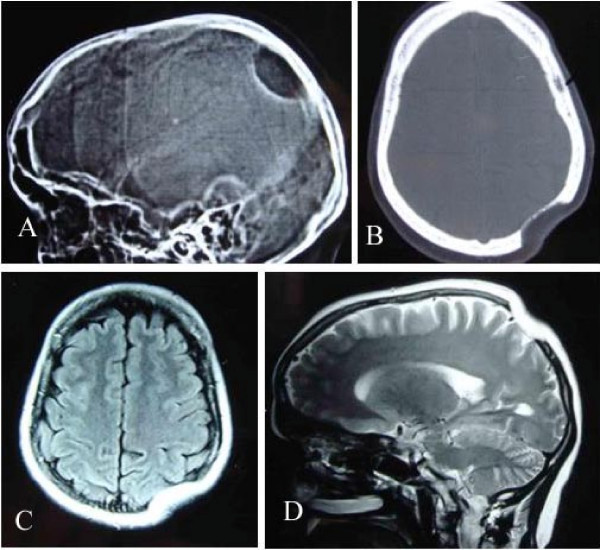 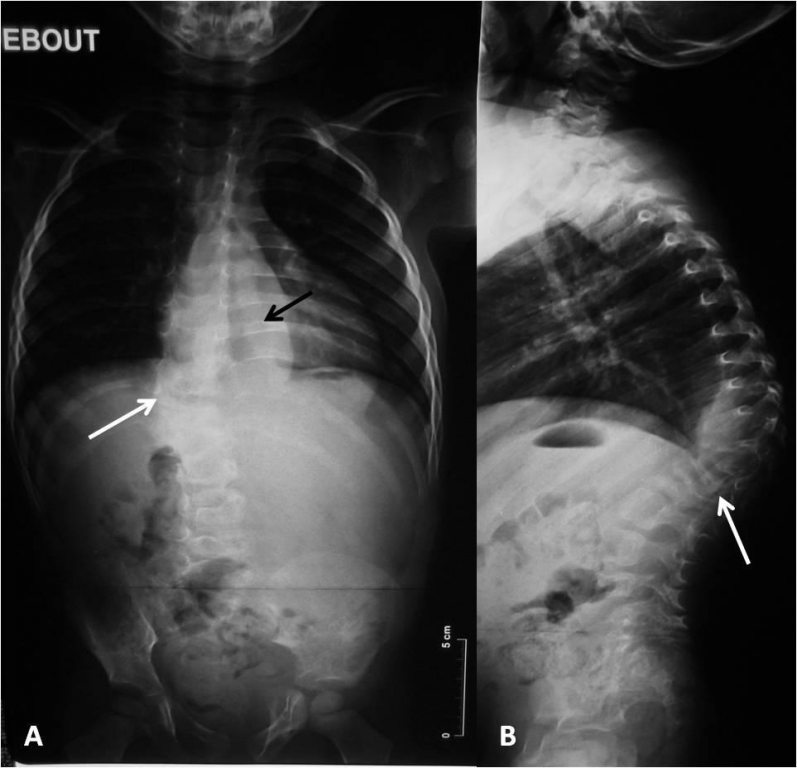 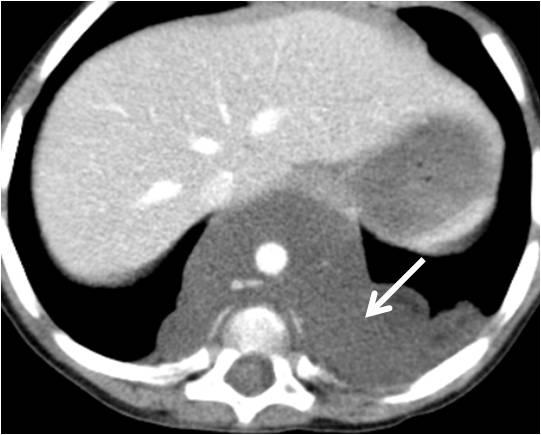 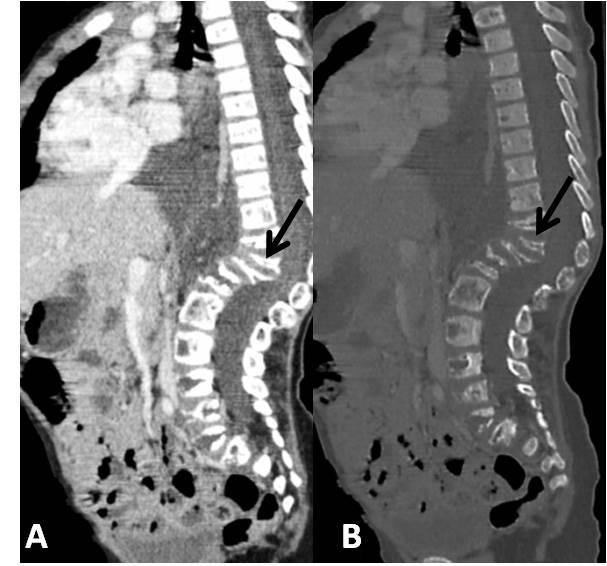 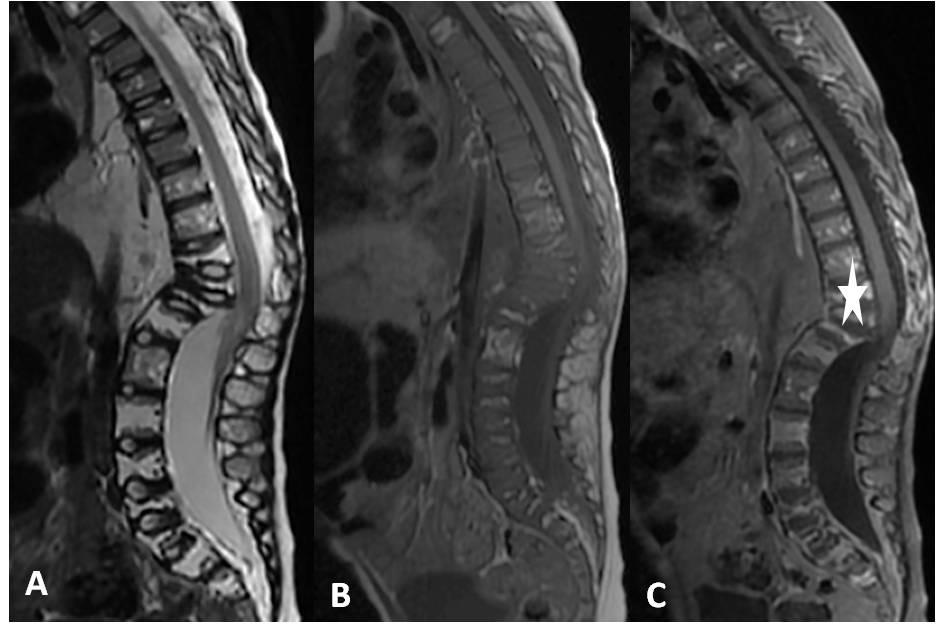 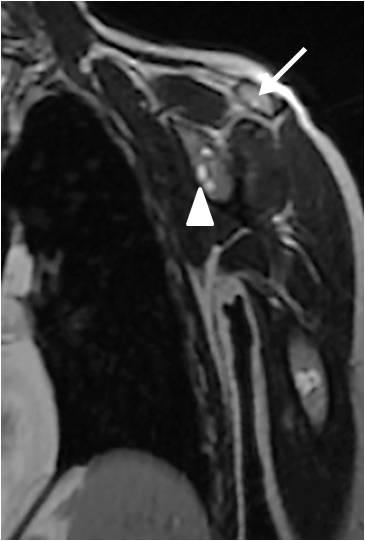 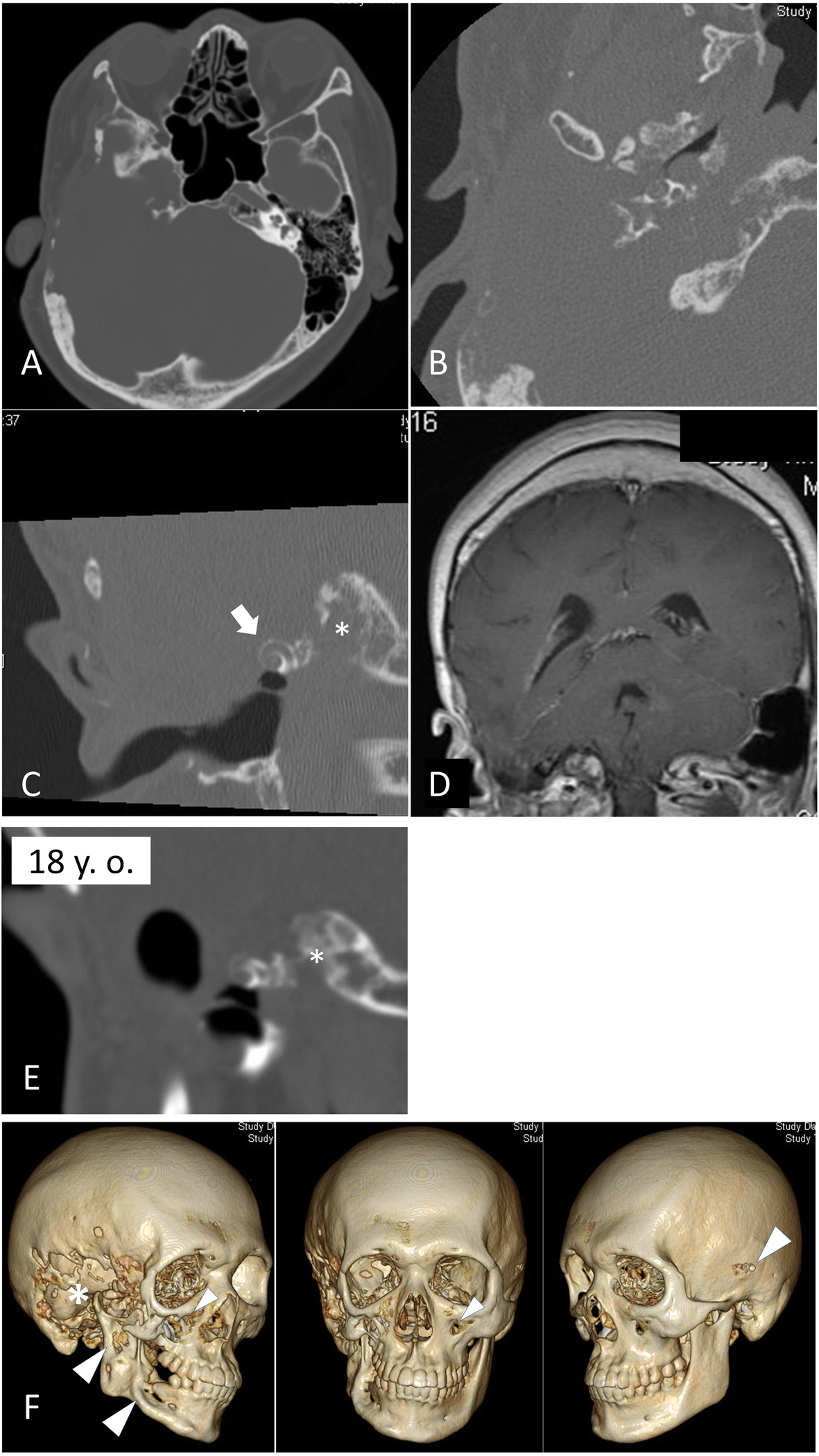 A case report
of Gorham-Stout disease diagnosed during the course of recurrent meningitis and cholesteatoma. CT scans and MRI showing massive osteolysis of the skull bones. a−c The CT scans show that despite osteolysis affecting most of the temporal bone, the cochlear bony capsule was preserved and is almost intact (arrow in c). MRI revealed that the temporal lobe of the brain had herniated into the melted mastoid (d). The CT scans reveals progressive osteolysis of the temporal bone (asterisk in c and e) comparing with previous imaging obtained when he was 18 years old (e). 3D reconstructed CT clearly shows osteolysis of the skull bones; in addition to the right temporal bone (*), other affected bones include the mandibular bone, zygomatic bone, and contralateral temporal bone (arrowheads in f)
journalotohns.biomedcentral.com • CC-by-4.0
Hallo!
Radiopaedia • CC-by-nc-sa 3.0 • de

Gorham disease or vanishing bone disease is a poorly understood rare skeletal condition which manifests with massive progressive osteolysis along with a proliferation of thin walled vascular channels. The disease starts in one bone but may spread to involve adjacent bony and soft tissue structures.

Other names for this condition include progressive massive osteolysis, Gorham-Stout disease, and phantom bone disease.

Gorham disease is thought to be non-hereditary and there is no recognized gender predilection. It can potentially occur in any age group although most reported cases have been in young adults .

Signs and symptoms are incredibly varied depending on the bones involved, and may only become apparent after a fracture.

The osteolysis is thought to be due to an increased number of stimulated osteoclasts , which is likely secondary to abundant non-neoplastic vascular and lymphatic proliferation in the affected region . The bone is subsequently replaced by variable amounts of fibrous connective tissue that is hypervascular.

Gorham disease can potentially involve any bone. Reported sites include:

It was first reported by Jackson in 1838 and later defined by Gorham and Stout in 1955 .