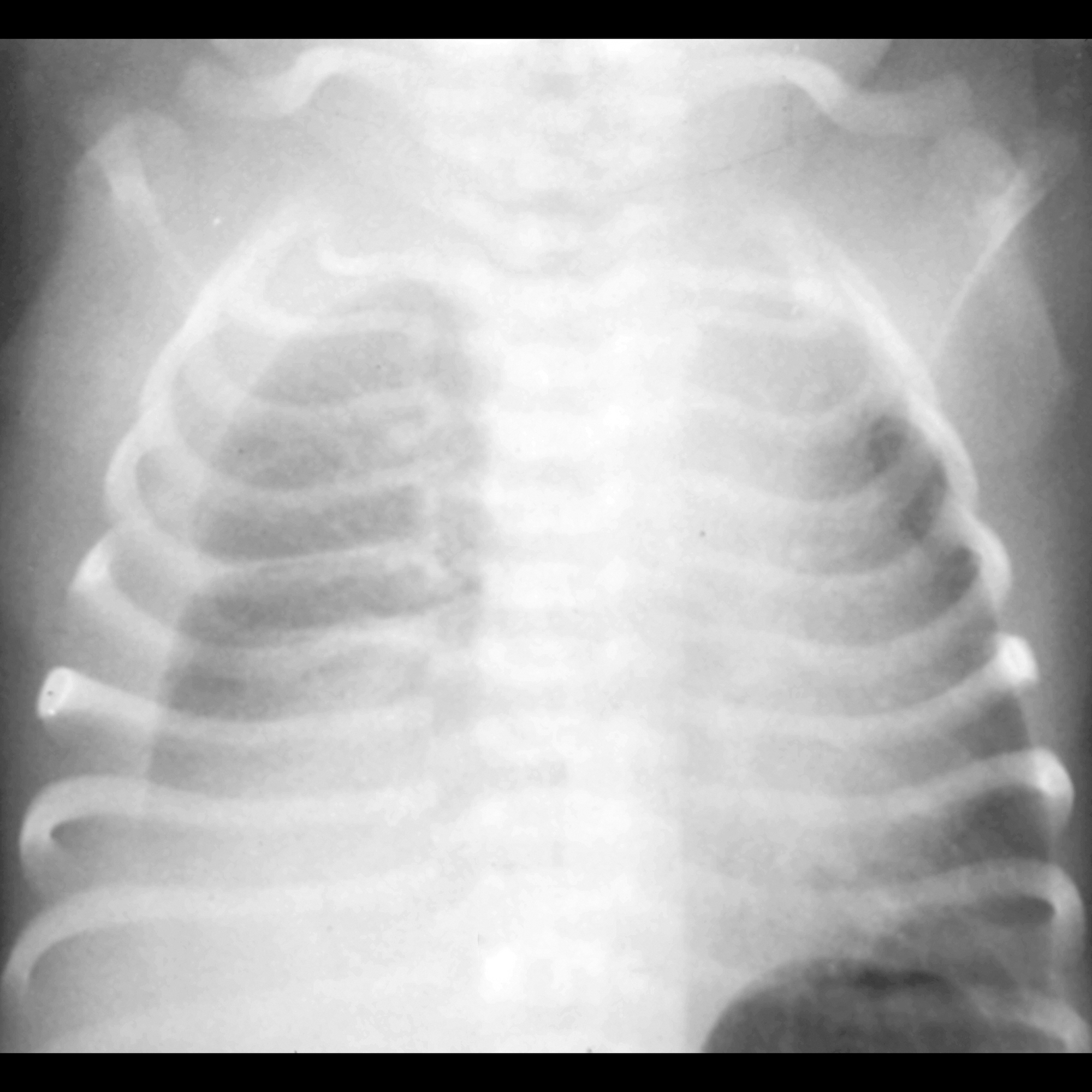 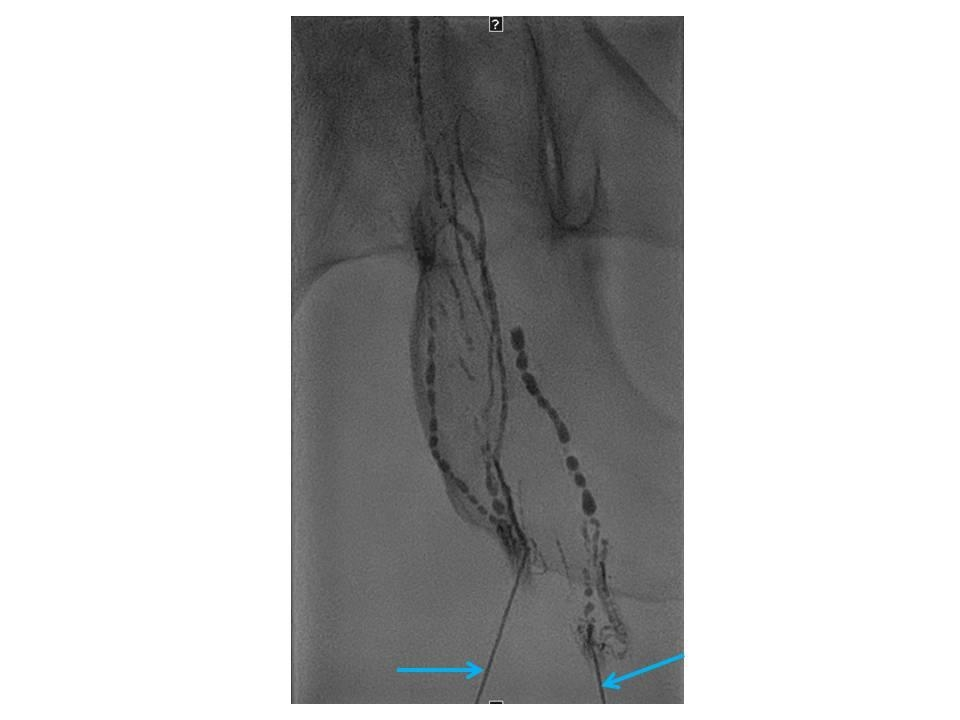 A chylothorax (plural: chylothoraces) refers to the presence of chylous fluid in the pleural space often as a result of obstruction or disruption to the thoracic duct. It may be congenital or acquired.

Chylothoraces may present with variable pleural fluid appearance and biochemical characteristics; they are usually exudative. Gross appearance of the fluid is generally considered not a sensitive diagnostic criterion for a identifying chylothorax. A non-milky appearance is common (i.e. can occur in over 50% of cases). Chylous effusions can rarely be transudative (especially in patients with cirrhosis).

It can be due to direct injury to the lymphatic ducts or due to obstruction of the ducts and fragile collateral formations which are prone to spontaneous rupture. Common causes include:

Other less common causes are:

Increased density of hemithorax due to ipsilateral pleural effusion. Less commonly, chylothorax can be bilateral.

Most of the time, it appears as a simple fluid collection of near water density.

Low output (less than 1000 mL/day) is treated conservatively with a low fat diet. High output usually treated with open or video-assisted ligation. Alternatively, thoracic duct embolization can be performed by an interventional radiologist with a comparable outcome to surgical ligation. Medical therapy with octreotide (somatostatin analog) has been shown to be useful adjunctive therapy in the treatment of postoperative chyle leak following thoracic duct injury .

A chylothorax was first described in the 17 century by Dr. Bartloet. The word chyle is derived from the Greek word “Chylos,” which means juice.