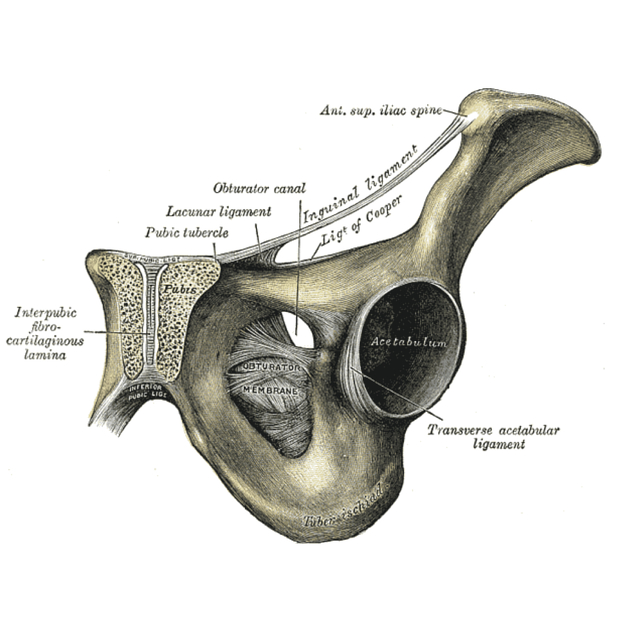 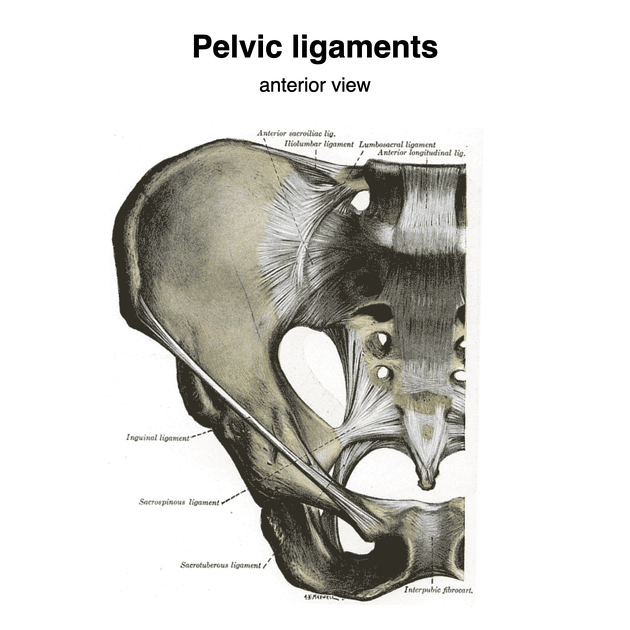 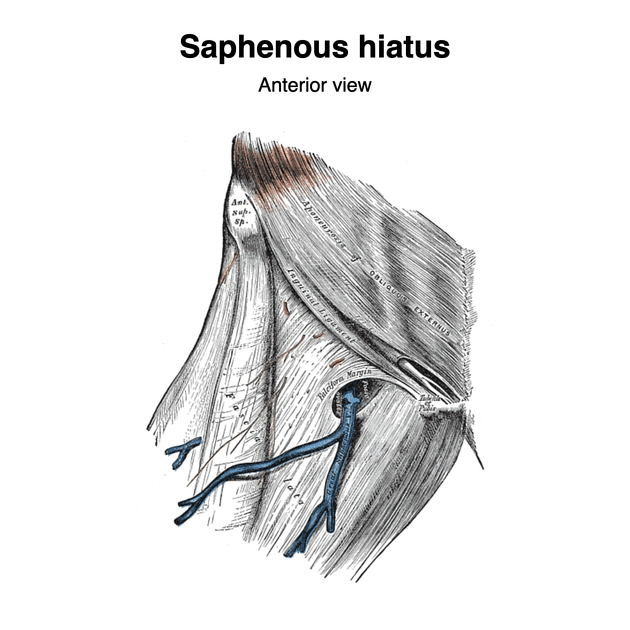 The inguinal ligament (also known as Poupart's ligament or the Fallopian ligament) is a fibrous band extending from the anterior superior iliac spine to the pubic tubercle. It is an important anatomical landmark and denotes the transition of the pelvis to the lower limb.

The inguinal ligament is formed by the lower border of the aponeurosis of the external oblique muscle, which is thickened and folded on itself. Its lateral half runs obliquely, while the medial half is almost horizontal.

The upper surface of the ligament gives origin to the external spermatic fascia from its medial part, internal oblique muscle from the lateral two-thirds and transversus abdominis muscle from its lateral one-third.

The ligament is continuous with the fascia lata of the thigh and the upper grooved surface forms the floor of the inguinal canal.

The retroinguinal passage or subinguinal space is formed deep to the inguinal ligament and contains a number of structures as they pass from the pelvis to the lower limb:

It is named after Francois Poupart, French surgeon (1661-1709) who accurately described the inguinal ligament in the Histoire de l’Académie Royale des Sciences de Paris in 1705 .

Although, like many eponyms, it was actually first described 150 years earlier by Gabriele Falloppio (also known by his Latin name Fallopius), Italian anatomist (c1523-1562), after whom also the Fallopian tube and Fallopian (facial nerve) canal are named .