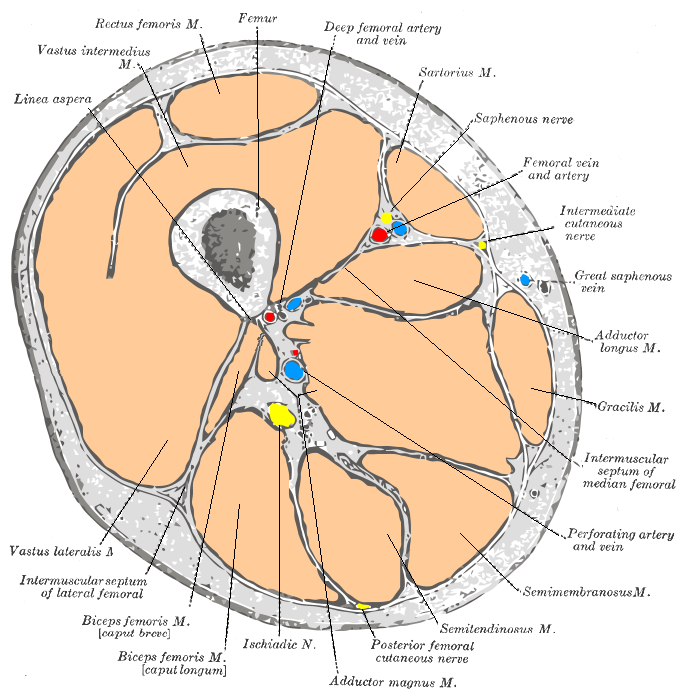 The femoral artery (FA) is the continuation of the external iliac artery (EIA) at the level of the inguinal ligament. As well as supplying oxygenated blood to the lower limb, it gives off smaller branches to the anterior abdominal wall and superficial pelvis.

The FA is commonly known clinically as the common femoral artery (CFA) and superficial femoral artery (SFA). The CFA is the portion of the FA between the inguinal ligament and branching of profunda femoris, and the SFA is the portion distal to the branching of profunda femoris to the adductor hiatus. The "superficial" adjective is considered by some as a misnomer as the artery itself runs deep in the mid-thigh .

The FA runs down the front and medial side of the thigh with the first 4 cm of the vessel enclosed within the femoral sheath together with the femoral vein. Lateral but outside the sheath is the femoral nerve.

The femoral artery within the femoral triangle (approximately 3-4 cm distal to the inguinal ligament) gives off the profunda femoris branch and ends as it passes through the adductor hiatus in adductor magnus to continue as the popliteal artery.