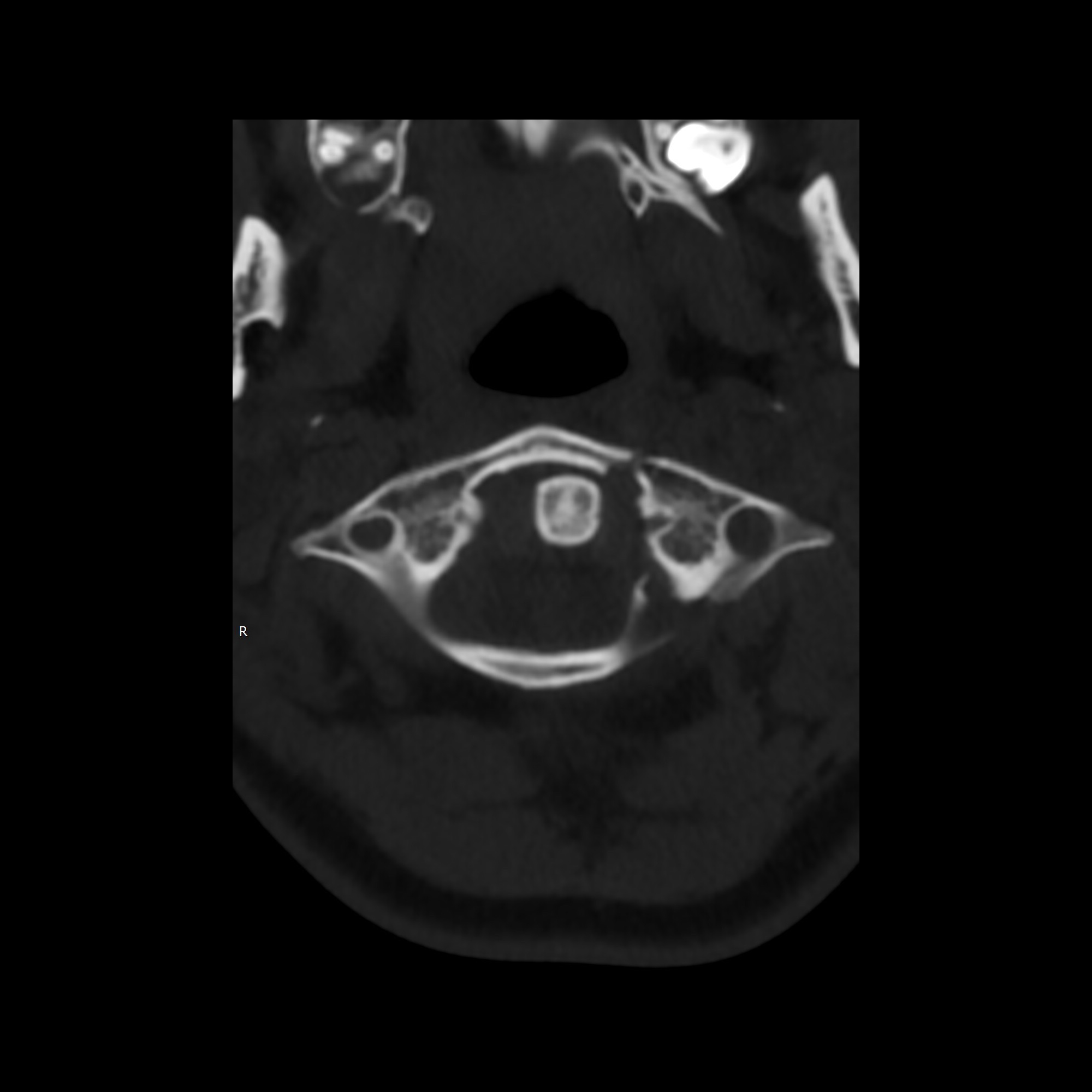 Teenager who
has neck pain after a diving accidentAxial CT without contrast of the cervical spine shows lucencies through the left anterior and posterior arches of the C1 vertebral body with minimal displacement of the fracture fragments.The diagnosis was a minimally displaced fracture of the anterior and posterior arches of C1, a Jefferson fracture.
pediatricimaging.org • CC-by-nc-sa 4.0 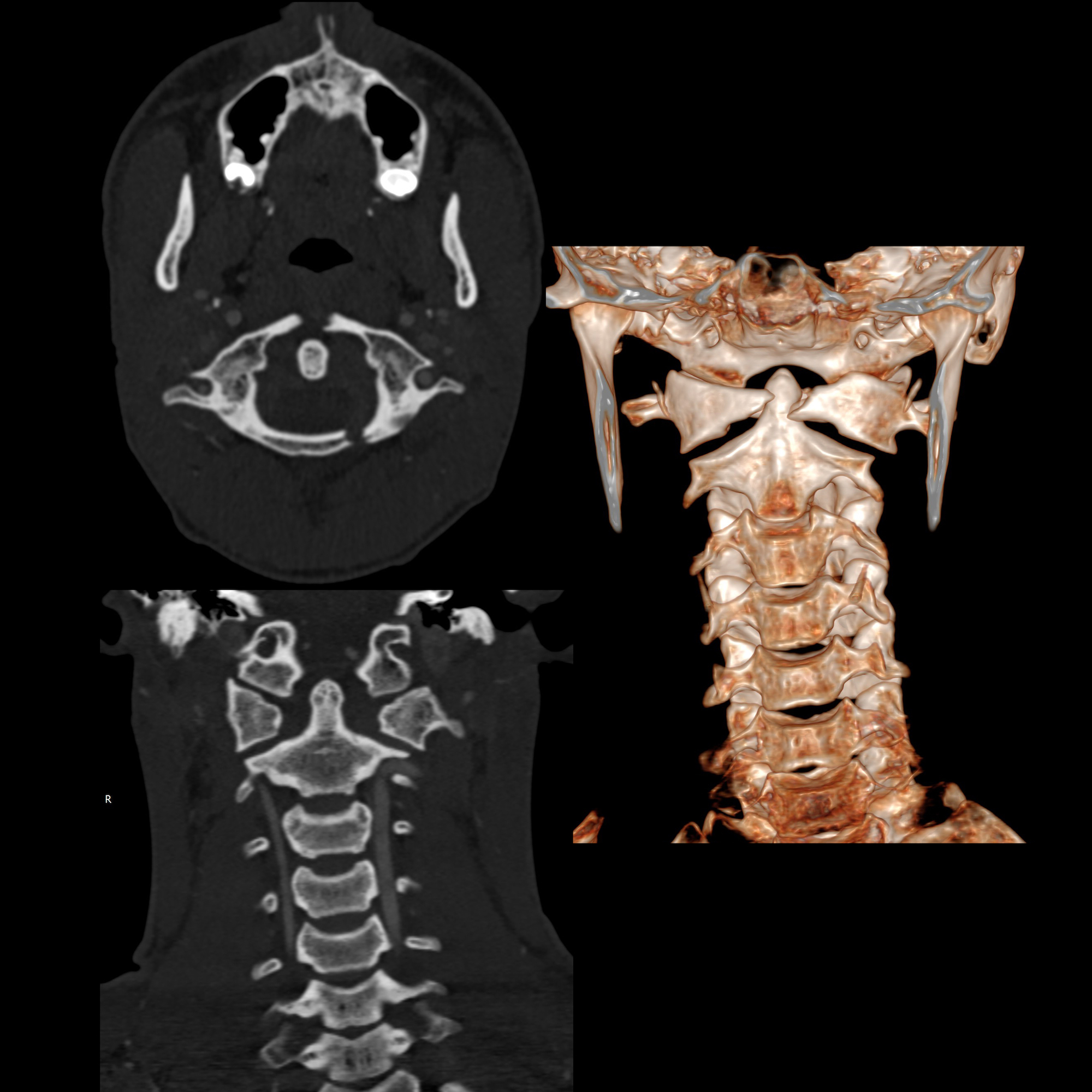 Jefferson fracture is the eponymous name given to a burst fracture of the atlas. It was originally described as a four-part fracture with double fractures through the anterior and posterior arches, but three-part and two-part fractures have also been described.

A typical mechanism of injury is diving headfirst into shallow water. Axial loading along the axis of the cervical spine results in the occipital condyles being driven into the lateral masses of C1. The Jefferson fracture is not normally associated with neurological deficit although spinal cord injury may occur if there is a retropulsed fragment affecting the cervical cord.

Radiographs will show asymmetry in the odontoid view with the displacement of the lateral mass(es) away from the odontoid peg (dens). A distance of greater than 6 mm suggests ligamentous injury.

CT demonstrates the fracture line which usually involves both the anterior and posterior arches. If there is an injury to the transverse atlantal ligament, the atlantodental interval (ADI) increases. The normal ADI in the adult population is less than 3 mm; in pediatric populations, the normal distance is less than 5 mm.

The fracture will not be seen as well as with CT. However, localized soft-tissue injury will be apparent. Pre-vertebral hemorrhage or edema will identify injury at the level of C1/2. A ligamentous injury will also be demonstrated. A fat-sat T2 sequence is useful in the trauma setting to help distinguish abnormal soft-tissue injury from normal fat.

In cases where the ligament is thought to be disrupted, the injury is considered unstable and more aggressive management is usually required . This includes halo immobilization, posterior C1-C2 lateral mass internal fixation or transoral internal fixation.

Named by Sir Geoffrey Jefferson (1886-1961), a neurosurgeon from the United Kingdom .