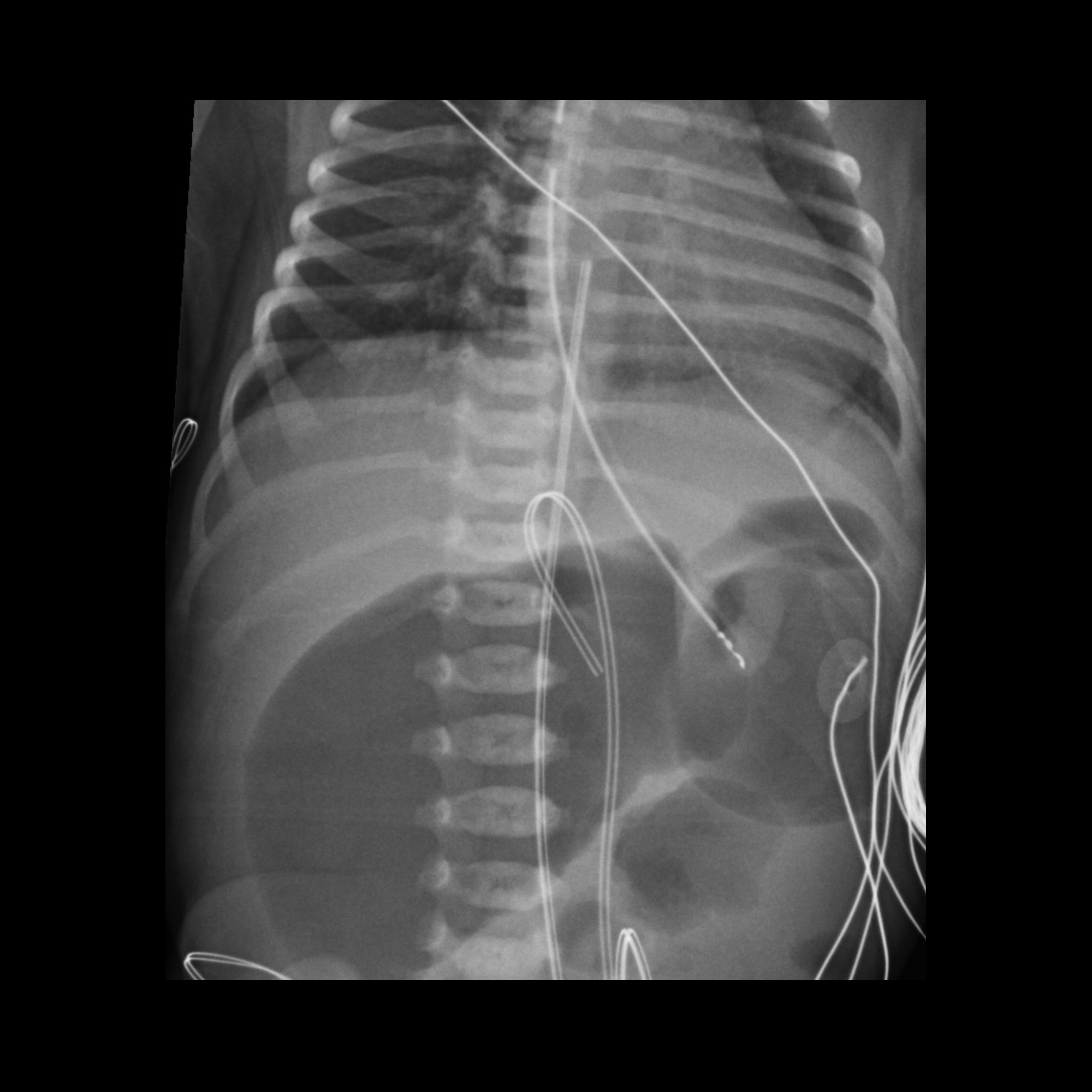 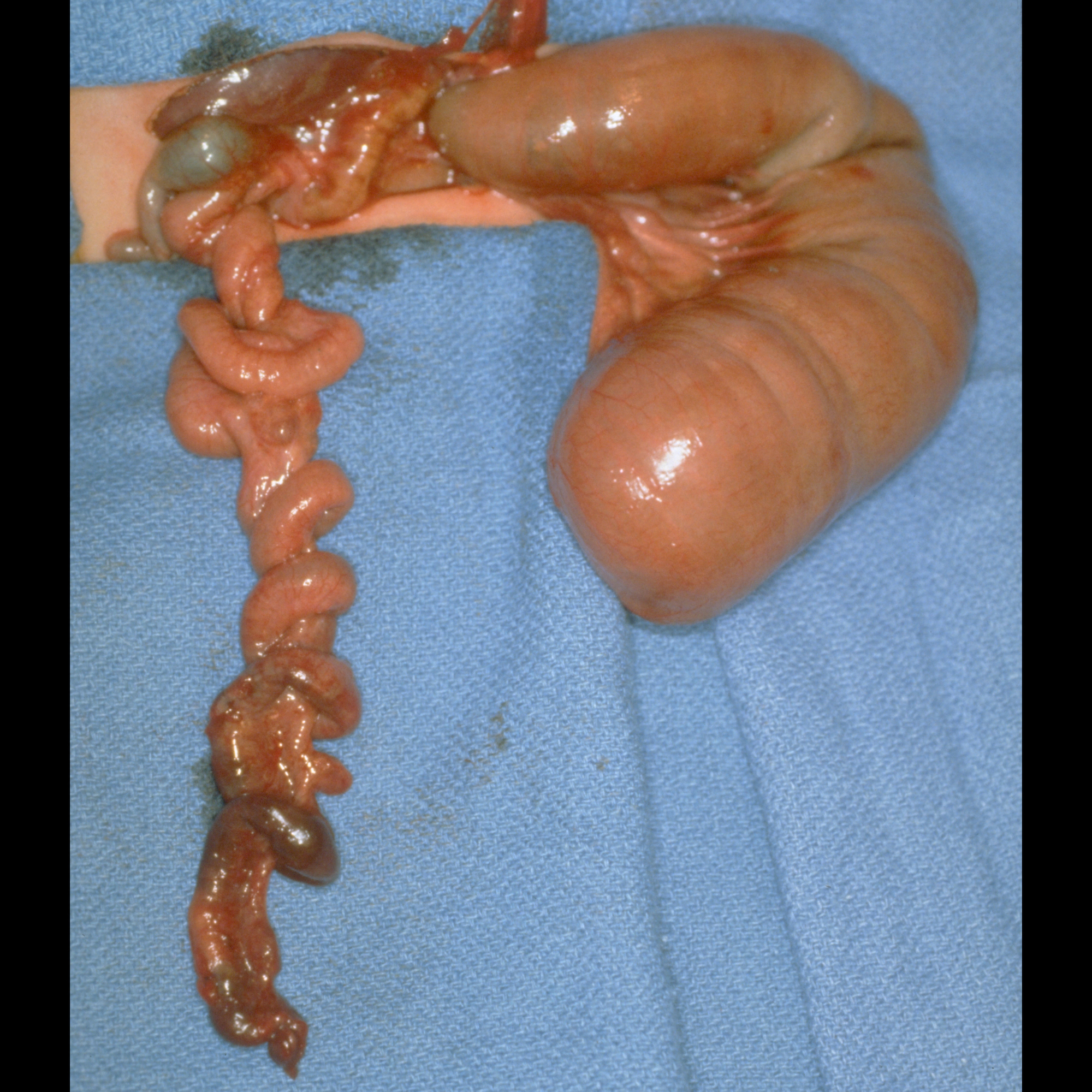 Newborn with
a distended abdomen and bilious aspiratesSurgical image shows dilation of the proximal jejunum with a blind end (to the left) and a distal apple-peel deformity with extensive atresias of the jejunum and ileum (to the right).The diagnosis was jejunal atresia.
pediatricimaging.org • CC-by-nc-sa 4.0 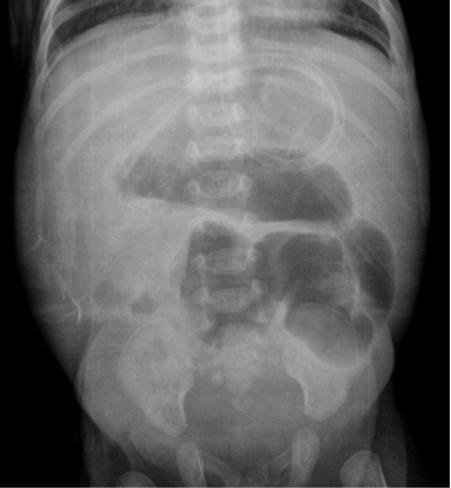 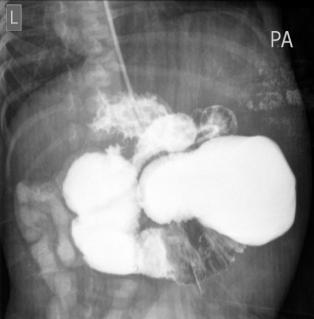 A rare type
of Jejunal atresia (Apple peel small bowel). Upper GI study demonstrated contrast material within the stomach and dilated duodenum and proximal jejunum with an abrupt cut off at the level of the proximal jejunum (arrow)
www.eurorad.org • CC by-nc-sa-4.0 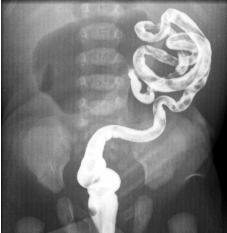 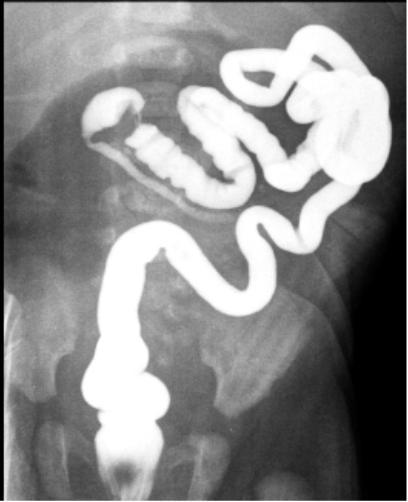 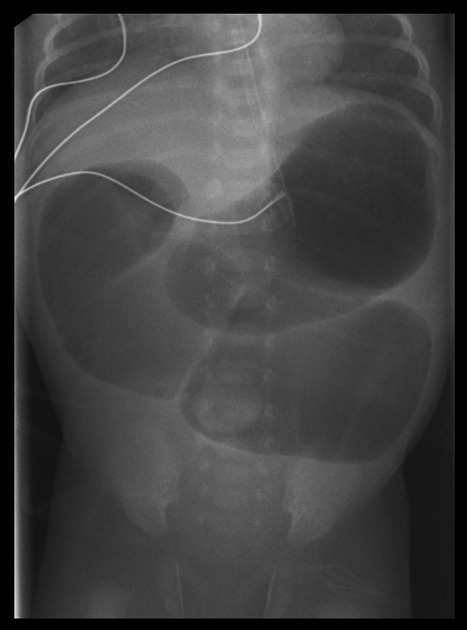 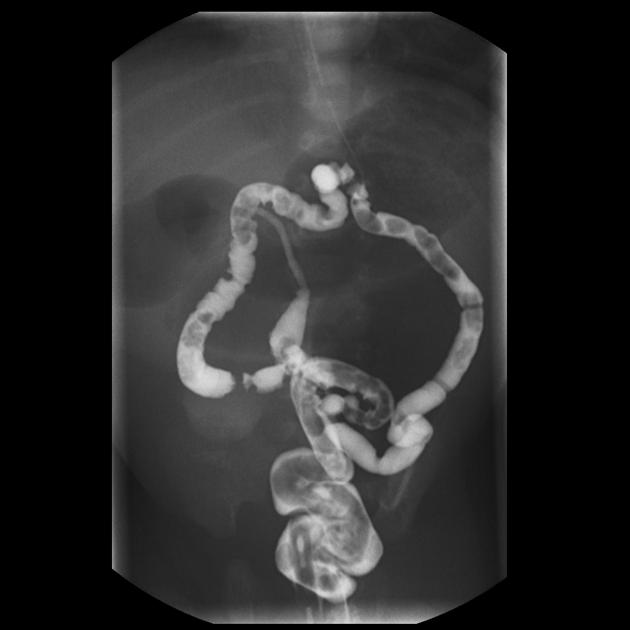 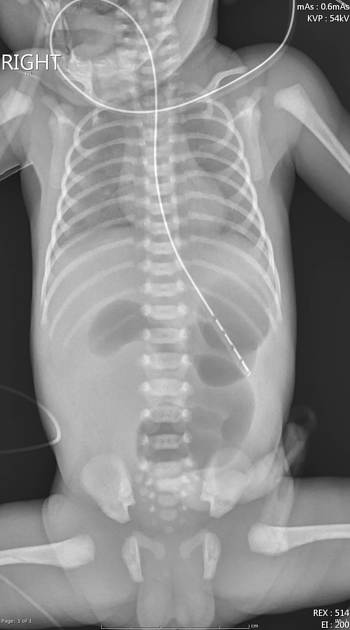 Jejunal atresia is a congenital anomaly characterized by obliteration of the lumen of the jejunum. The site of the atresia can be anywhere from the ligament of Treitz to the jejunoileal junction. There can be more than one atretic segment.

This article will focus on jejunal atresia alone but bear in mind that some cases correspond to jejunoileal atresia and show a mixed pattern, including the ones discussed in the ileal atresia article.

Jejunal atresia has an incidence of about 1:1,000 live births and is more common than duodenal atresia.

Neonates typically present with abdominal distension and bilious vomiting within the first 24 hours of birth. These symptoms, however, do not allow for differentiation from a duodenal atresia.

The etiology is thought to be from an in-utero ischemic event.

The classic radiographic sign of jejunal atresia is that of a triple bubble appearance for a proximal obstruction; it is equivalent to the double bubble sign of duodenal appearance plus a third bubble is caused by filling and distention of the jejunum by air.

There can be multiple dilated small bowel loops proximal to the atresia and the number of dilated loops increase as point of atresia becomes more distal.