littoral cell angioma of the spleen 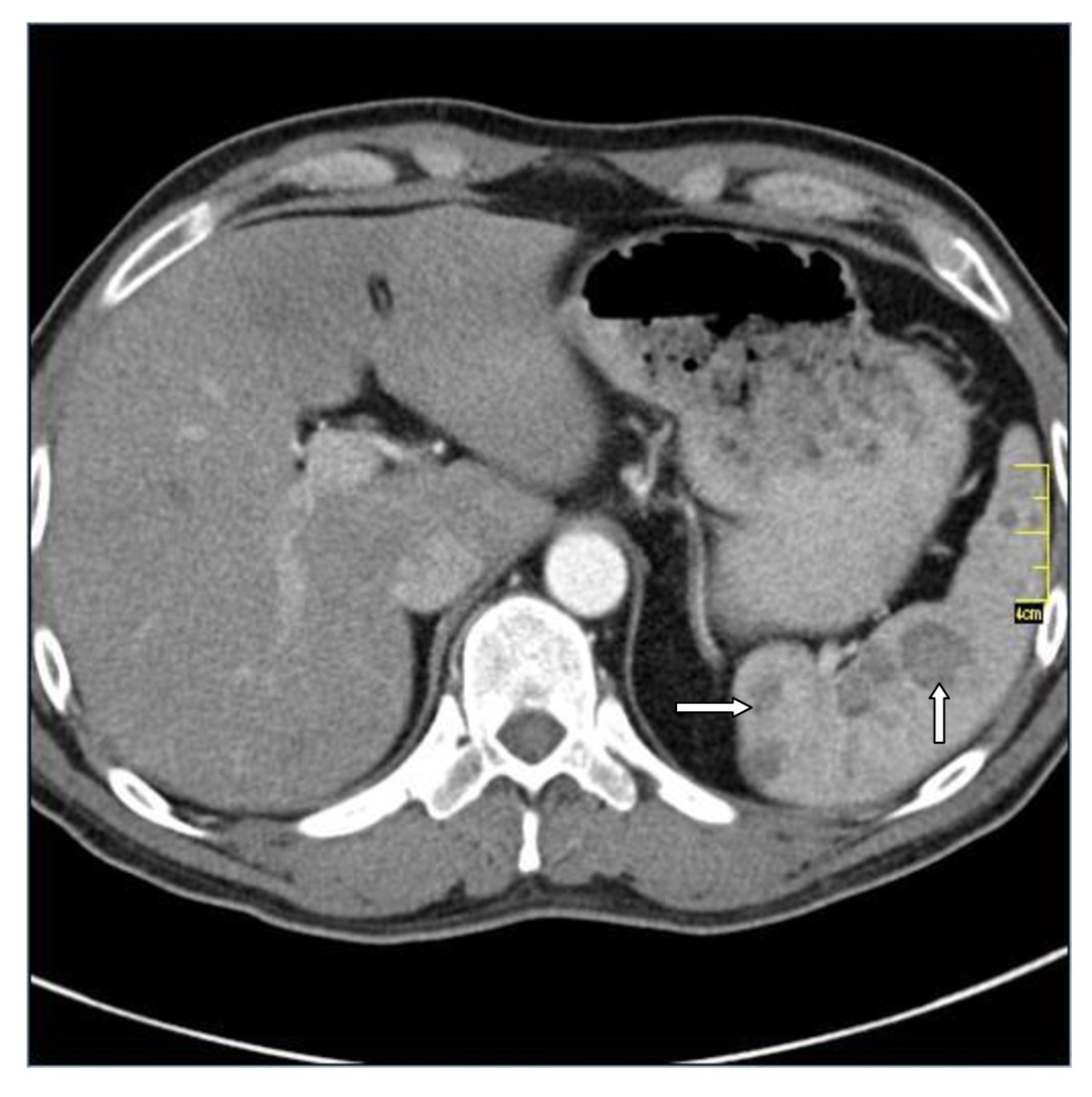 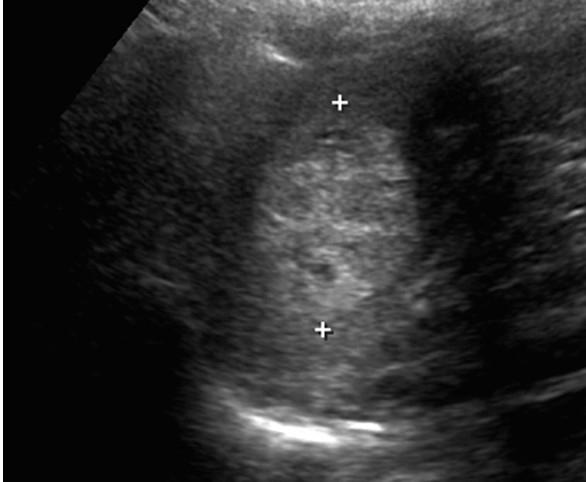 Incidental
littoral cell angioma of the spleen. CT scan after oral and iv-contrast in the arterial phase A and portal venous phase B demonstrates a hypodense well defined round lesion in the posterior portion of the spleen with some linear internal enhancement. C. The lesion is isodense compared to the normal spleen on the 5 minutes delayed image.
wjso.biomedcentral.com • CC-by-2.0

Incidental
littoral cell angioma of the spleen. A. The lesion is hyperintense on the T2 weighted fast recovery fast spin echo (FRFSE) image. B. Internal linear enhancement is noted on the T1 weighted fat saturated image after iv-gadolinium in the portal venous phase.
wjso.biomedcentral.com • CC-by-2.0

Littoral cell
angioma, a rare cause of long standing anaemia: a case report. CT unenhanced (a) and contrast enhanced during the early portal venous phase (b) images show an inhomogeneous hypodense well defined mass with some internal enhancement in the spleen.
casesjournal.biomedcentral.com • CC-by-2.0

Computed
tomography of the spleen: how to interpret the hypodense lesion. a, b Transverse contrast-enhanced CT images acquired during the portal-venous phase at two different levels in a 55-year-old man with littoral cell angioma, which presents as multiple hypodense, partially contrast-enhancing, lesions of different size (arrows)
insightsimaging.springeropen.com • CC-by-2.0
Hallo!
Radiopaedia • CC-by-nc-sa 3.0 • de

Littoral cell angiomas may occur at any age and have no gender predilection.

Littoral cell angiomas have been diagnosed in association with various malignancies outside the spleen . The condition has also been linked to Crohn disease .

The lesion is often detected incidentally in asymptomatic patients. Symptomatic patients may present with abdominal pain, splenomegaly on physical examination, and/or laboratory evidence of hypersplenism including anemia and thrombocytopenia.

The spleen is enlarged with multiple nodules, the color of which varies by age of blood products .

Histopathology demonstrates a proliferation of anastomosing vascular channels congested with blood and lined with tall endothelial cells that show hemophagocytosis .

The masses are often low in T1 and T2 signal intensity due to hemosiderin .

As many patients are symptomatic and imaging findings are non-specific, splenectomy is usually performed for definitive histological diagnosis and treatment. Littoral cell angiomas are considered benign.