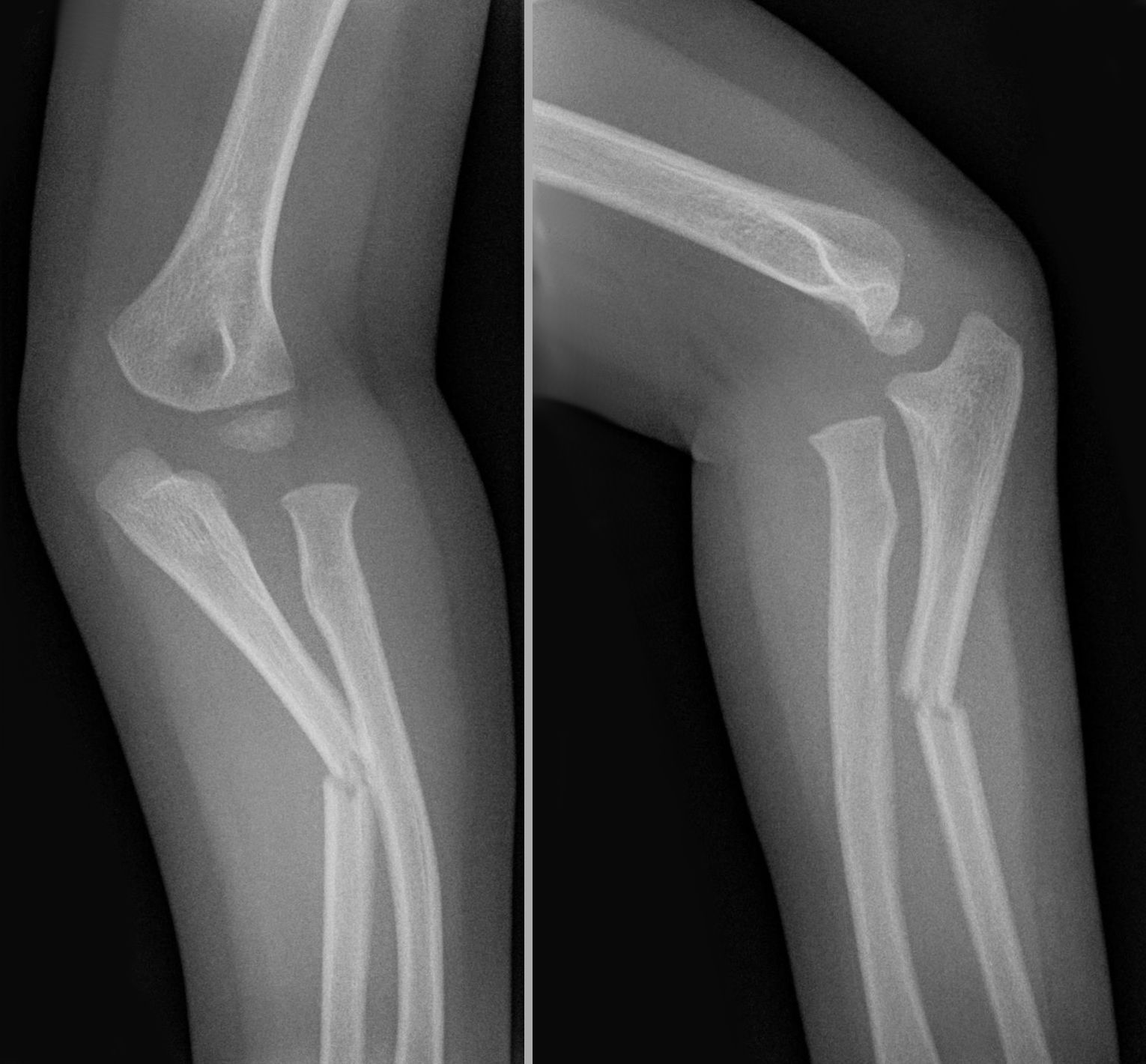 Preschooler
with forearm pain after a fall. AP and lateral radiographs of the elbow show a fracture of the ulnar diaphysis and a dislocation of the radial head.The diagnosis was a Monteggia fracture dislocation.
pediatricimaging.org • CC-by-nc-sa 4.0
Hallo!
Radiopaedia • CC-by-nc-sa 3.0 • de

Typically, Monteggia fracture-dislocations occur as the result of a fall onto an outstretched hand (FOOSH) .

As is usually the case, in everyday practice, describing the fracture-dislocation is far more important than remembering the grade.

When a forearm fracture is identified, dedicated imaging of both the elbow and the wrist is important and good quality AP and lateral views are essential. Provided that films of adequate quality are obtained, the ulnar fracture is usually obvious and the radial head dislocation should be readily identifiable.

In the pediatric population, treatment depends on the type of ulnar fracture:

The prognosis is significantly decreased by delayed diagnosis and treatment.

It is named after Giovanni Battista Monteggia, Italian surgeon (1762-1815), who first described what is now known as the Bado type I fracture in 1814 .