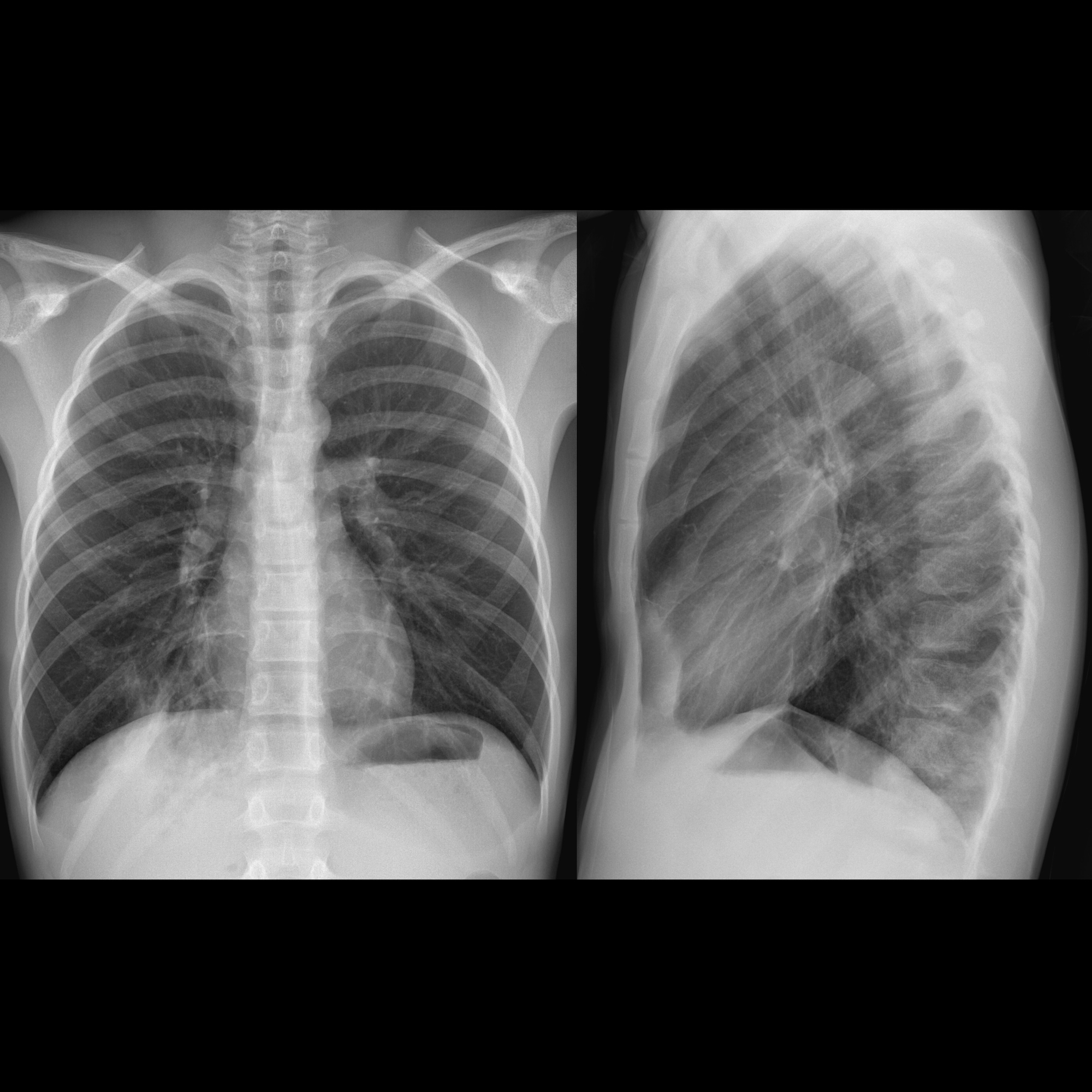 School ager
with a hacking cough. CXR PA and lateral shows a faint focal infiltrate in the posterior basilar segment of the right lower lobe, faintly obscuring the right hemidiaphragm on the PA view and causing a faint spine sign over the lowest vertebral body on the lateral view.The diagnosis was mycoplasma pneumonia.
pediatricimaging.org • CC-by-nc-sa 4.0
Hallo!
Radiopaedia • CC-by-nc-sa 3.0 • de

M. pneumoniae is the smallest organism which can be cultured in vitro and lacks a cell wall, hence it is resistant to the penicillins. It spreads via inhalation of aerosolized droplets containing the microorganisms. It initially involves the peribronchovascular interstitium and then extends to the adjacent alveoli.

There can be variable chest radiographic features, although four different patterns have been described.  No pattern is, however, pathognomonic:

In about 60% of cases, areas of consolidation may have a lobular distribution evident on CT.

Intrapulmonary nodules can also be seen (~90% of cases) and these tend to have a predominantly centrilobular distribution .

Other findings include thickening of the bronchovascular bundles.

Most patients recover well although a small proportion of patients may develop bronchiectasis in the affected region or Swyer James syndrome.