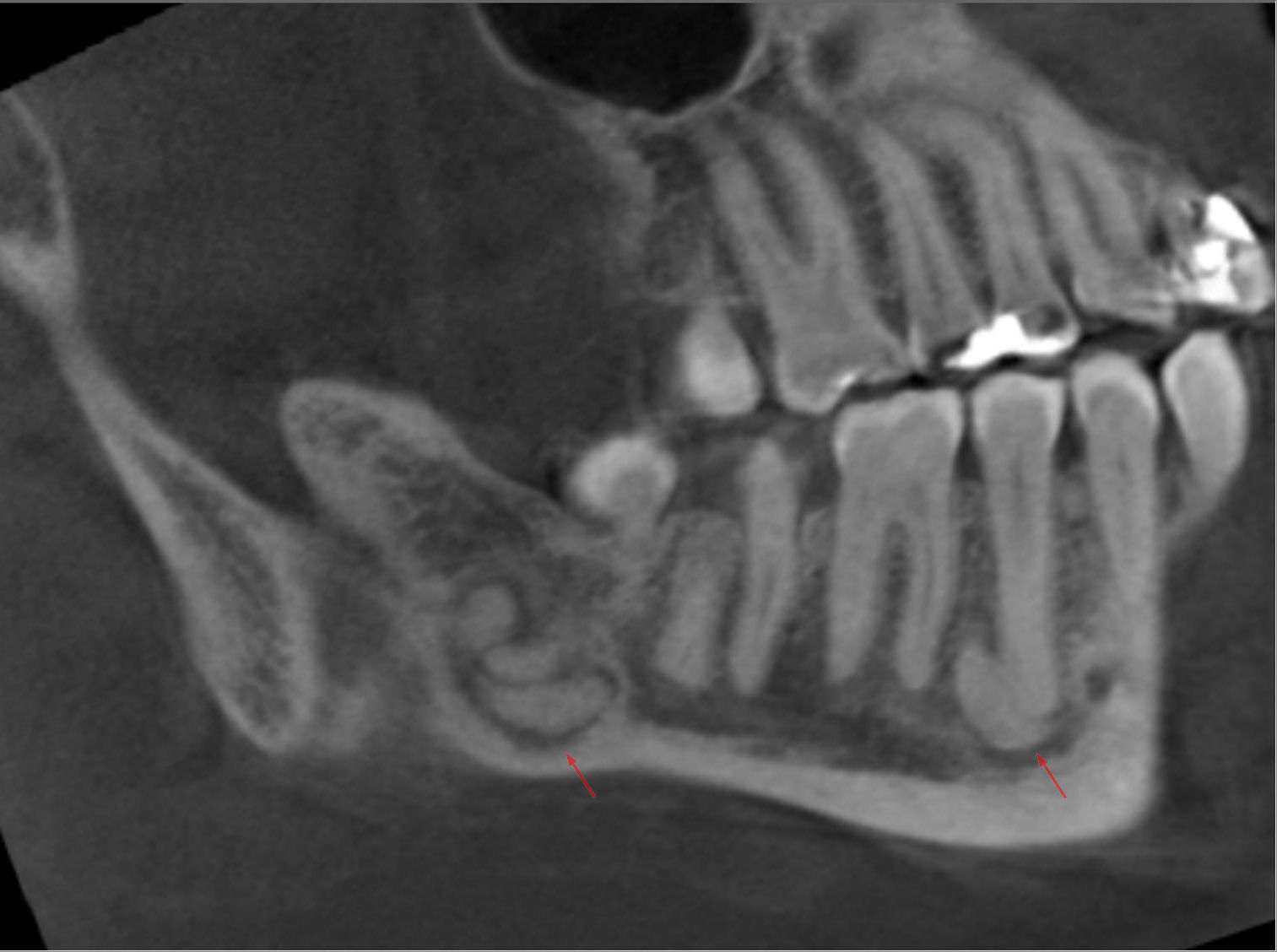 Odontomas are one of the most common of mandibular lesions encountered and the most common odontogenic tumors of the mandible. They account for up to two-thirds of all such tumors; the next most common are ameloblastomas, making up the majority of the remaining one-third.

They can occur at any age, although typically are diagnosed in the 2 decade of life.

They can be thought of as a 'tooth hamartoma', with the lesion consisting of various tooth components (dentin, cementum, pulpal tissue, and enamel). They are divided histologically into:

Approximately half will be associated with an unerupted tooth, the rest being diagnosed both before or after tooth eruption.

Odontomas are one of the features of Gardner syndrome .

Initially, the tumor is lucent, but with time, it develops small calcifications which eventually coalesce to form a radiodense lesion with a lucent rim.

Epithelial components may occasionally give rise to a dentigerous cyst.

Surgical resection is the treatment of choice and there is no recurrence.