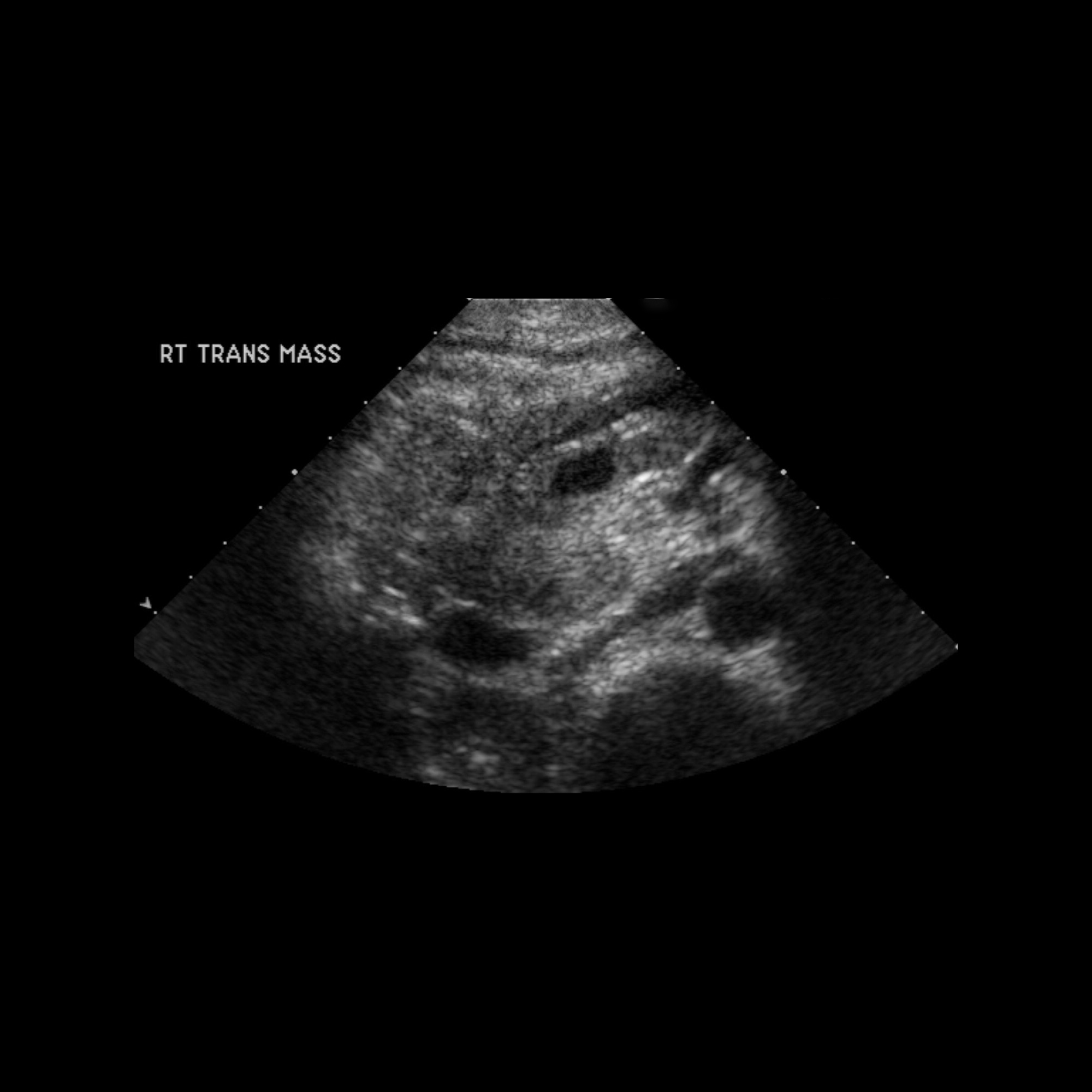 Teenager with
intractable back pain. Transverse US of the abdomen shows a large solid mass in the pancreatic head encasing the hypoechoic portal-mesentero venous junction in the center of the image.The diagnosis was pancreatoblastoma.
pediatricimaging.org • CC-by-nc-sa 4.0
Hallo!
Radiopaedia • CC-by-nc-sa 3.0 • de

Pancreatoblastomas are rare pediatric tumors of the pancreas. However, they are the most common pancreatic neoplasm of childhood and are often associated with a raised alpha-fetoprotein.

There is slight male predilection. Usually occurs in the first decade of life with a mean age of 4.5 years .

Pancreatoblastomas are solid tumors, flesh-colored on gross pathology. They can occur in any part of the pancreas .

Metastatic lesions in liver and lymphadenopathy have been reported in 35% of cases .

They are usually large, well defined, heterogeneous mass with solid and multilocular cystic areas that contain hyperechoic septae. Dilatation of biliary duct is not common as the tumors themselves are soft, though they are frequently large at presentation .

Has a better prognosis than adult pancreatic adenocarcinoma.