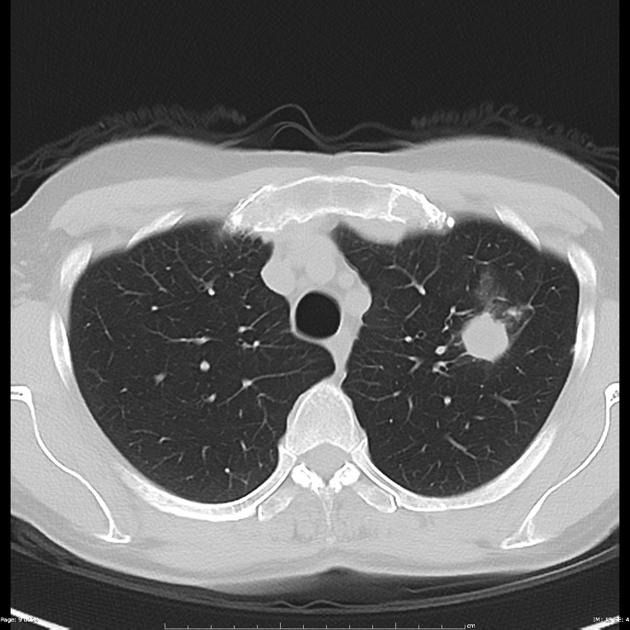 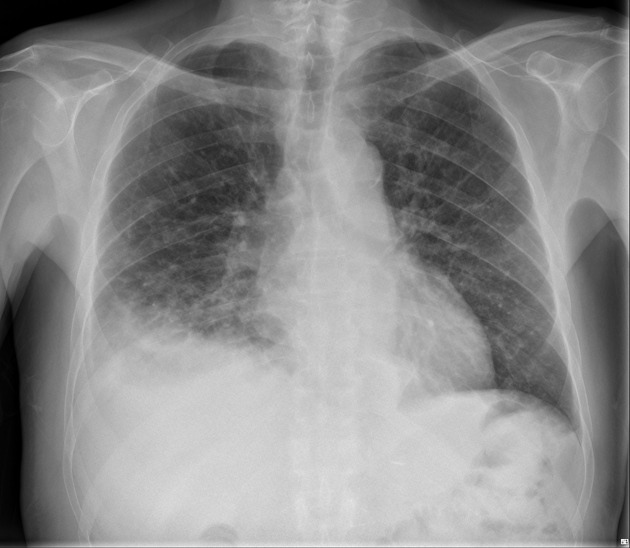 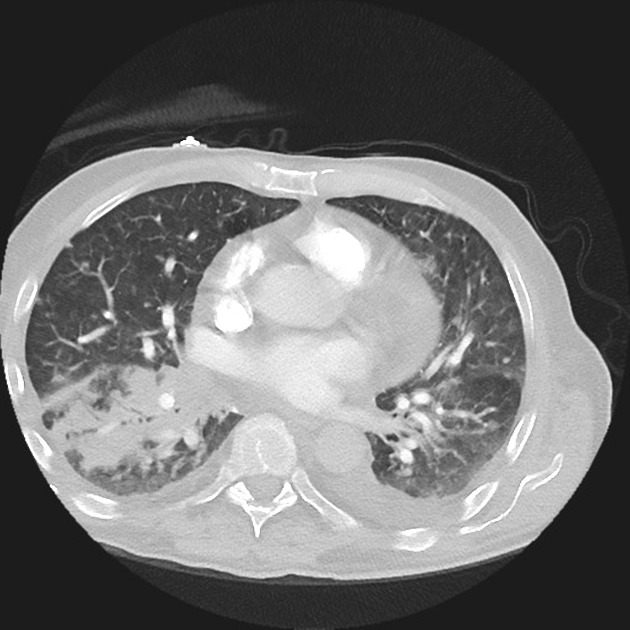 Pulmonary nocardiosis is an infrequent but severe opportunistic infection typified by necrotic or cavitatory consolidation in an immunocompromised patient. It is caused by Nocardia spp.

The condition is rare in general. Immunocompromised patients, particularly those with impaired cell-mediated immunity related to AIDS and transplantation are particularly prone.

Incidence rates however may have increased probably due to a combination improved laboratory detection techniques as well as greater number of individuals with impaired cellular immunity .

It is most commonly caused by Nocardia asteroides which is an aerobic gram positive weakly acid-fast bacterium distributed worldwide in soils. Other less common strains include Nocardia farcinica and Nocardia otitidiscaviarum . It is usually acquired by direct inhalation of contaminated soil.

There may be an increased upper zonal predilection.

Most patients have underlying respiratory disorders ranging chronic obstructive airway disease (COAD), asthma and bronchiectasis to less common ones such as previous tuberculosis and cystic fibrosis .

Due to high rate of diffuse hematogenous spread, suspected cases of pulmonary nocardiosis should have a brain MRI to exclude cerebral abscess formation. Other organs such as liver, adrenal, skin, and soft tissues can also be involved.

There are several reported radiographic patterns which include:

Other accompanying features which are non-specific on their own include:

Those with immunodeficiency may show more cavitating lesions and multiple nodules .

The temporal progression of radiographic abnormalities tends to be slow.

The usual treatment of choice includes sulphonamides and more recently TMP-SMX (cotrimoxazole). With certain complications, surgical drainage may be required. The prognosis can vary with those with disseminated nocardiosis having mortality rates up to 40%. Subtherapeutic levels of antibiotics can result in flare-ups while patients are on treatments.

On imaging it can sometimes mimic: