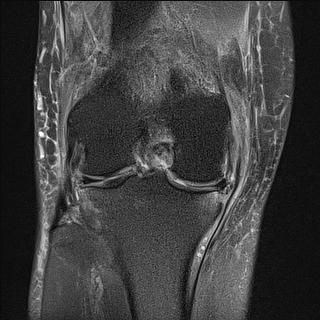 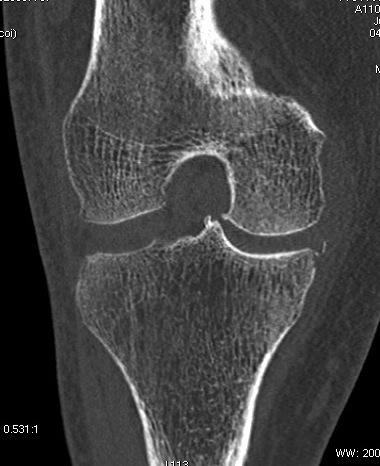 Unlike the Segond, which is often seen with sporting injury, the reverse Segond appears to occur with higher velocity injuries, such as being struck by a motor vehicle , and may be associated with knee dislocation.

This cortical fracture is thought to result from avulsion of the deep capsular component of the medial collateral ligament .

The characteristic finding is a small, elliptic bone fragment arising from the medial articular surface of the proximal tibia.

The finding of this injury on plain film or CT should prompt further evaluation with MRI, as these injuries are commonly associated with:

MRI will also demonstrate disruption of the medial collateral ligament. There may be associated lateral tibial plateau compression.