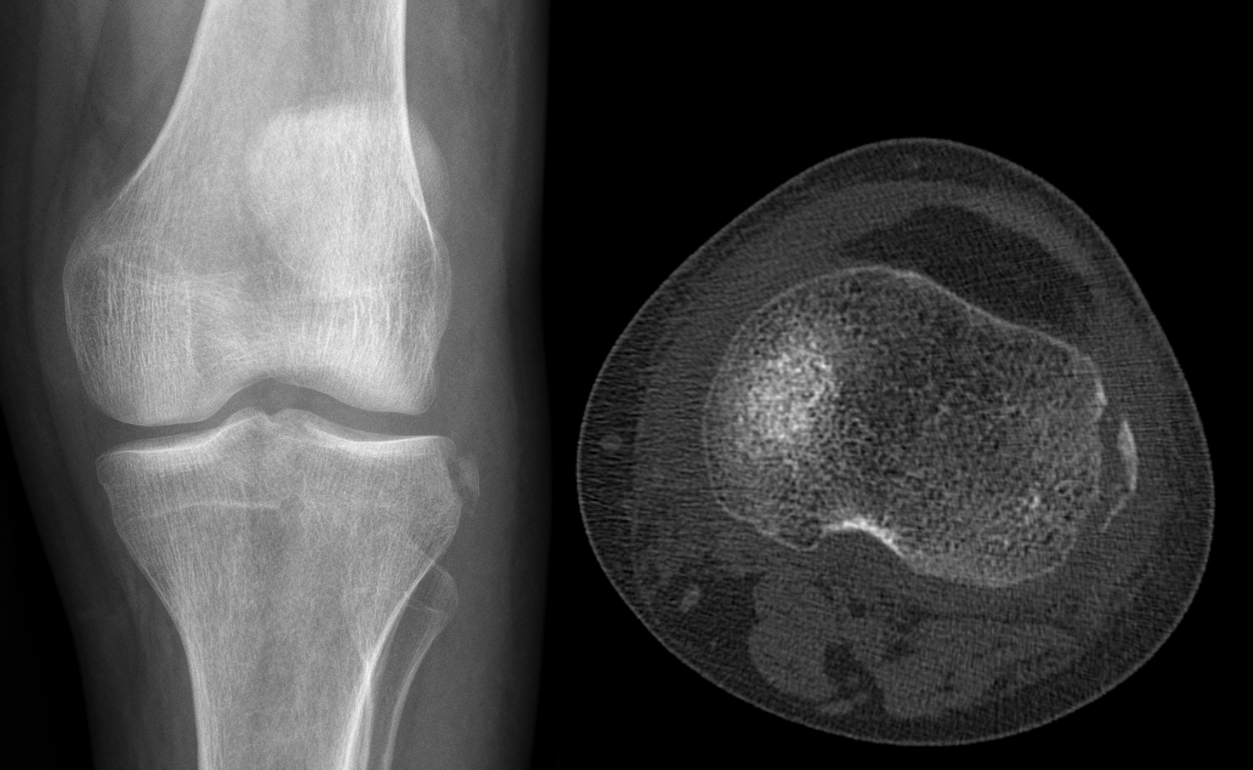 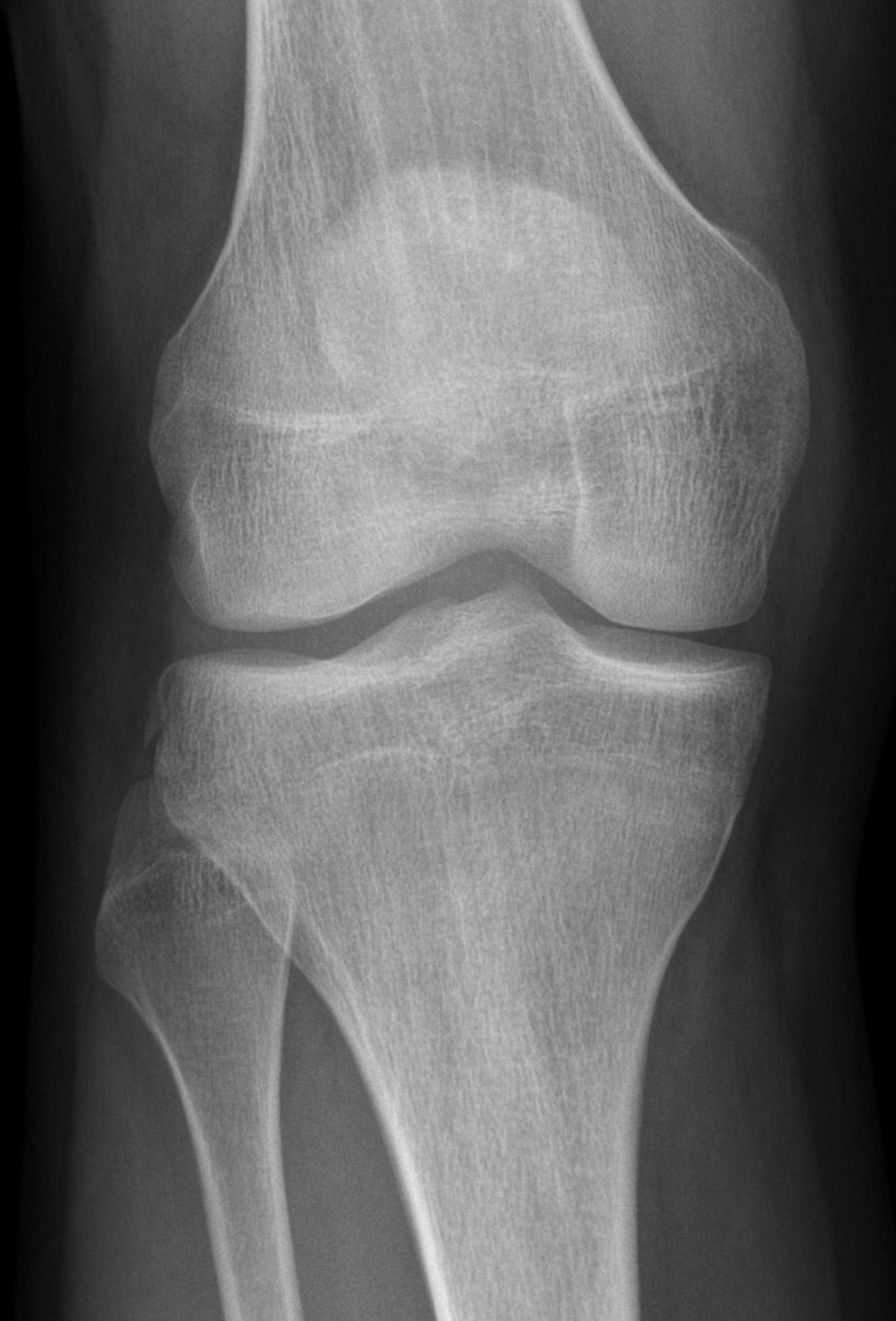 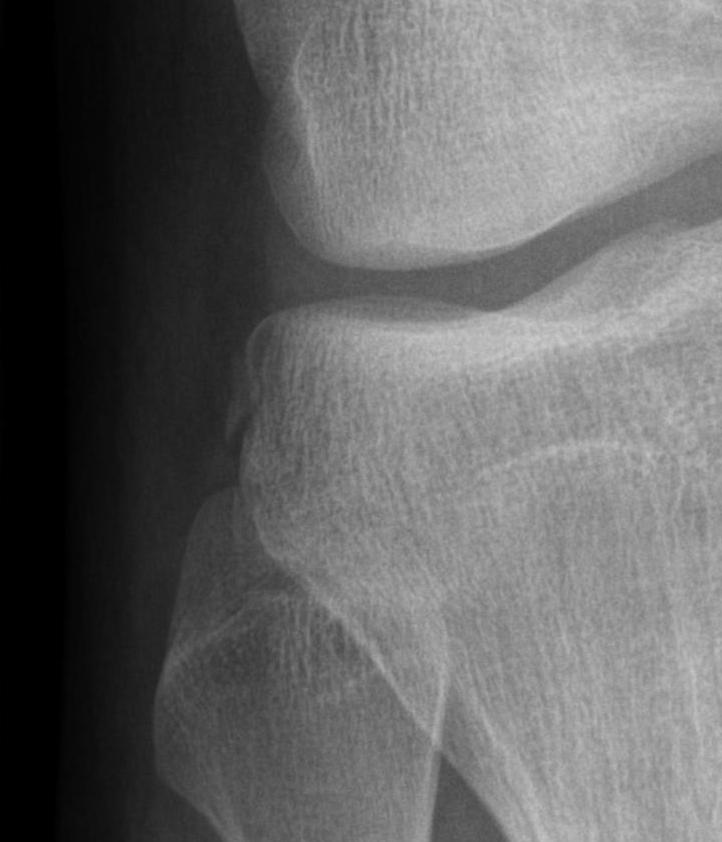 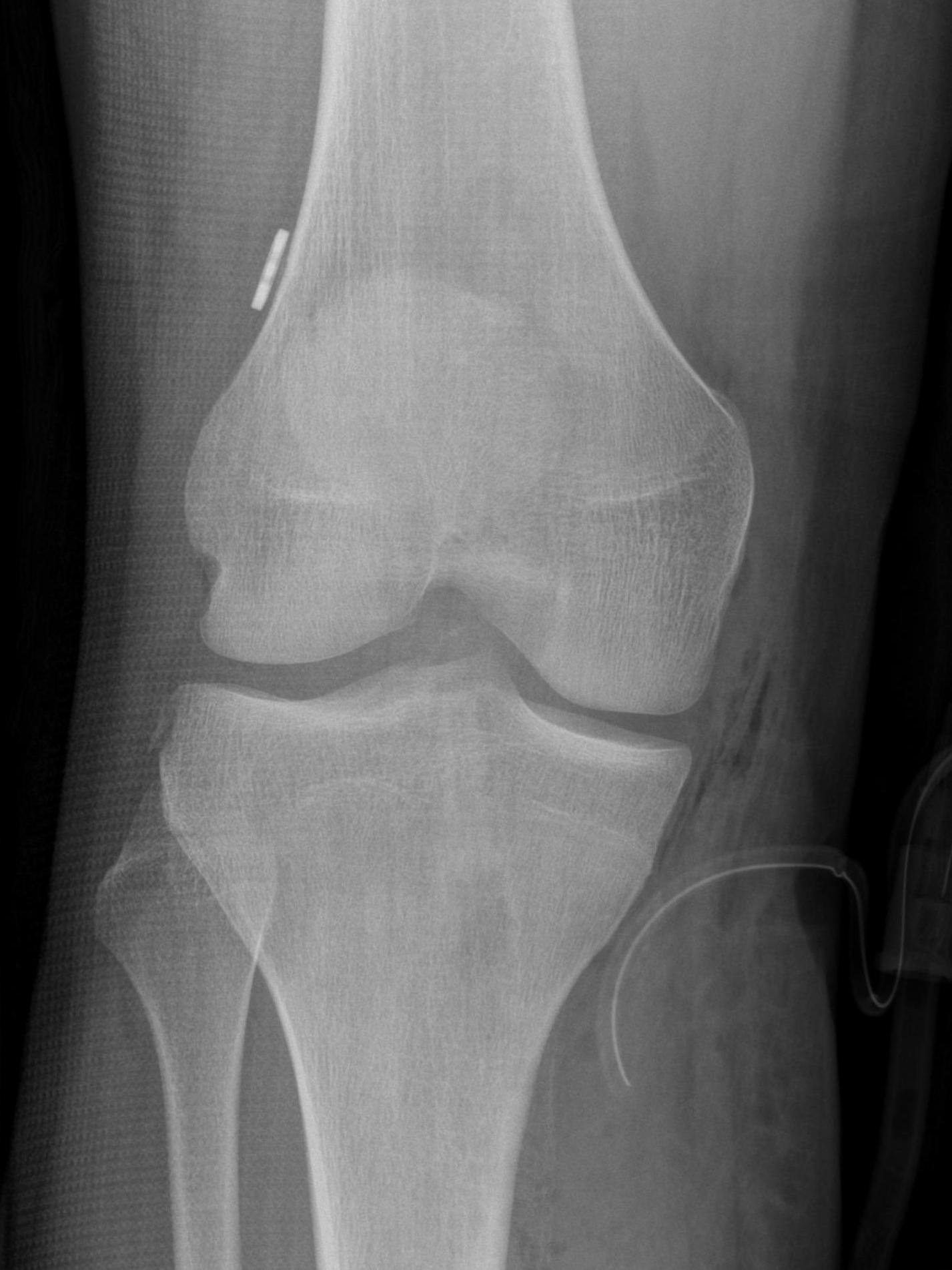 Segond fracture is an avulsion fracture of the knee that involves the lateral aspect of the tibial plateau and is very frequently (~75% of cases) associated with disruption of the anterior cruciate ligament (ACL). On the frontal knee radiograph, it may be referred to as the lateral capsular sign.

Contrary to the more common causes of an ACL tear, which typically involve a valgus stress , a Segond fracture usually occurs as a result of internal rotation and varus stress . Typically these injuries are seen in two settings:

Somewhat surprisingly, the exact cause of a Segond fracture continues to be contentious. The conventional teaching has been that it is the result of avulsion of the middle third of the lateral capsular ligaments . Other candidate structures include the iliotibial band and anterior oblique band of the fibular collateral ligament .

In 2017, the ALL expert group released a consensus paper  recognizing the presence of the anterolateral ligament , and noted a constant attachment to the lateral meniscus.  However, the ALL is inconsistently identified on MRI .

The classical appearance of a Segond fracture is that of a curvilinear or elliptic bone fragment projected parallel to the lateral aspect of the tibial plateau. This has been referred to as the lateral capsular sign , which is best seen on the anteroposterior view of the knee.

MRI is essential in all cases of Segond fractures to identify internal derangement. Disruption of the ACL is the most common, however, there are additional frequently encountered injuries. Associated injuries include :

Although the fracture itself is small, the extensive ligamentous injury associated with it usually requires surgical intervention, to correct anterior rotational instability . Healing of the Segond fracture is associated with a particular bone excrescence arising below the lateral tibial plateau.