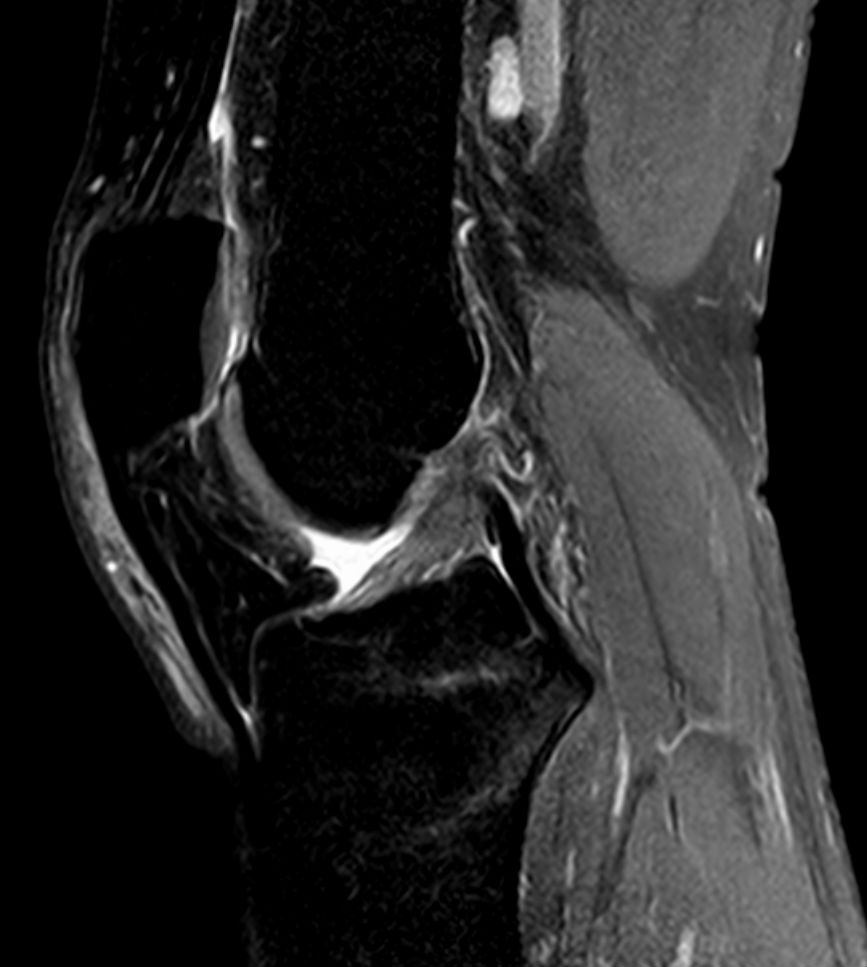 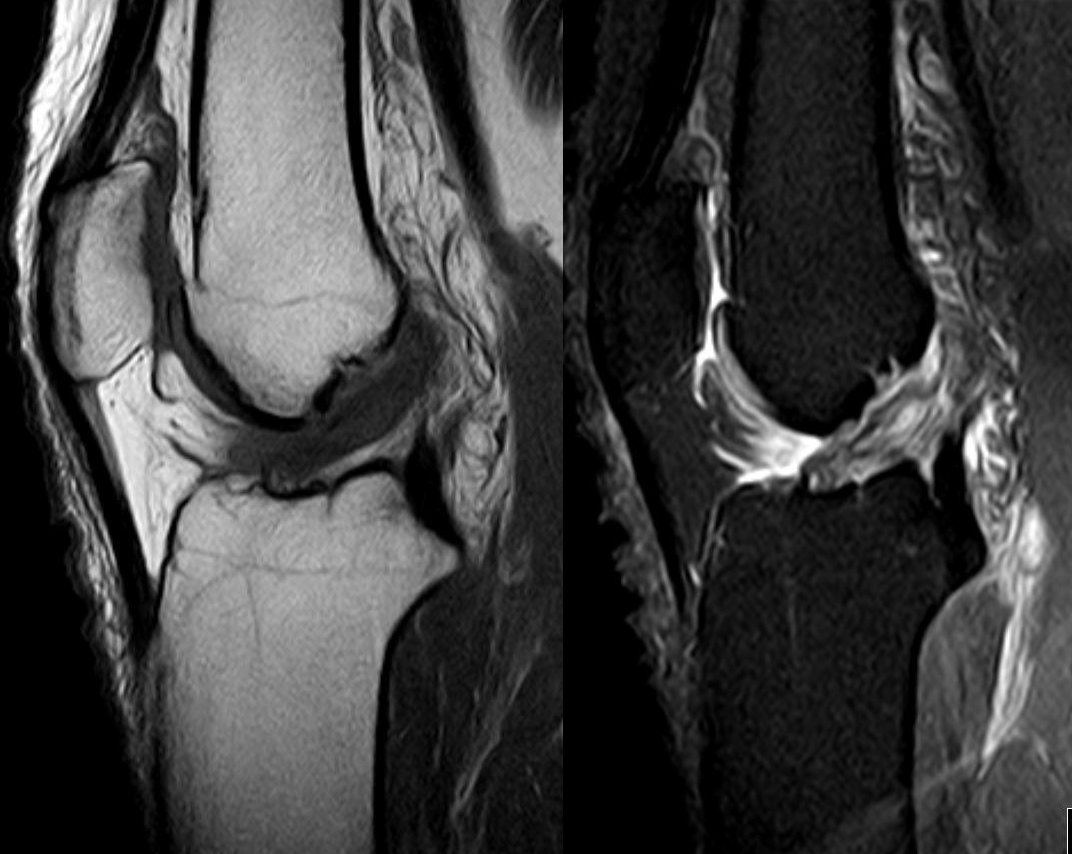 Patients typically present with symptoms of knee instability, usually after acute trauma. The following signs and symptoms are common:

The combination of the Lachman, pivot shift and anterior drawer tests are used to clinically confirm diagnosis .

The anterior cruciate ligament is the most commonly disrupted ligament of the knee, especially in athletes who participate in sports that involve rapid starting, stopping, and pivoting (e.g. soccer, basketball, tennis, netball, and snow skiing).

In younger patients, avulsion of the tibial attachment may be seen.

Considered to have high specificity and sensitivity in detecting anterior cruciate ligament disruption . CT is helpful in characterizing the avulsion bone fragment when it is present.

Imaging of anterior cruciate ligament tears should be divided into primary and secondary signs.

ACL tears typically occur in the middle portion of the ligament (midsubstance tears) and appear as discontinuity of the ligament or abnormal contour. The signal of the ACL can be more hyperintense on T2. If the angle is still normal and there is a hyperintense signal, a partial rupture is more likely than a complete rupture.

ACL tear may only involve one bundle. Imaging signs of isolated posterolateral bundle tear are as follows: