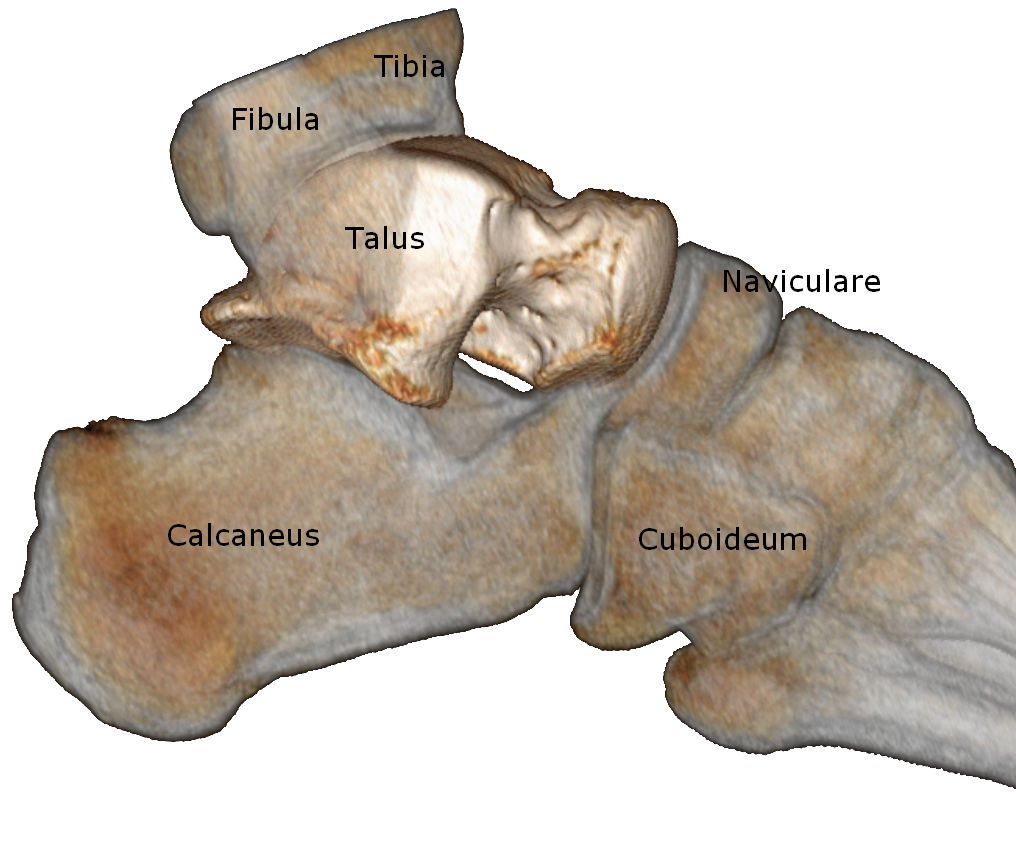 Left talus,
seen from above, with anterior side of the bone at top of image.
Wikipedia • Public domain

Left talus,
seen from below, with anterior side of the bone at top of image.
Wikipedia • Public domain 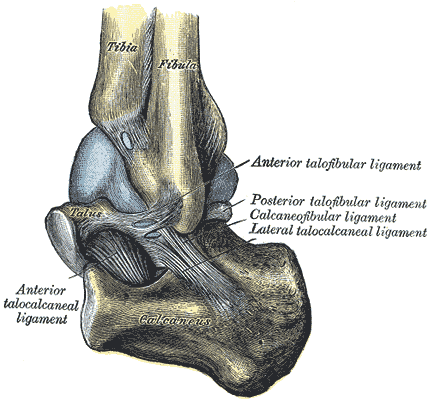 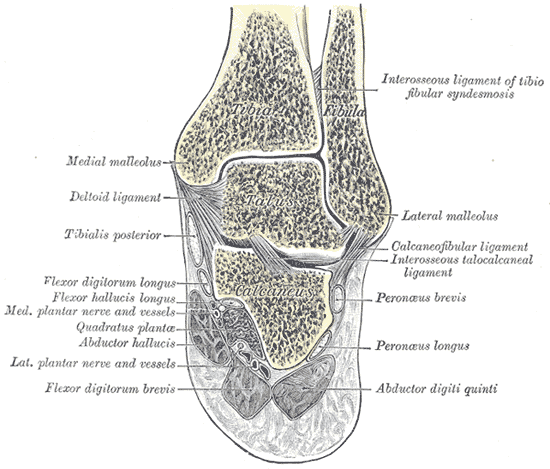 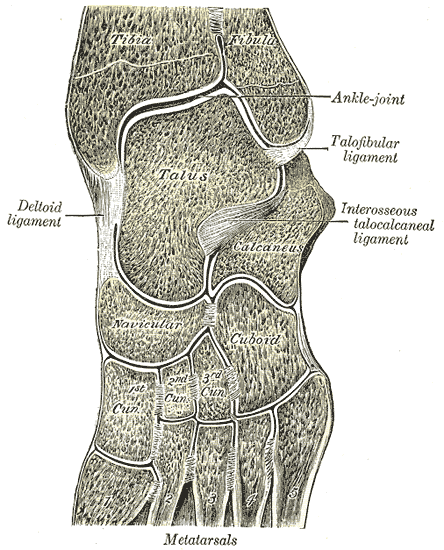 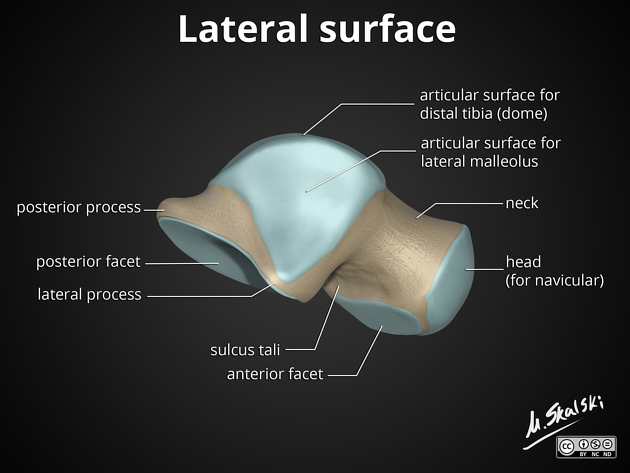 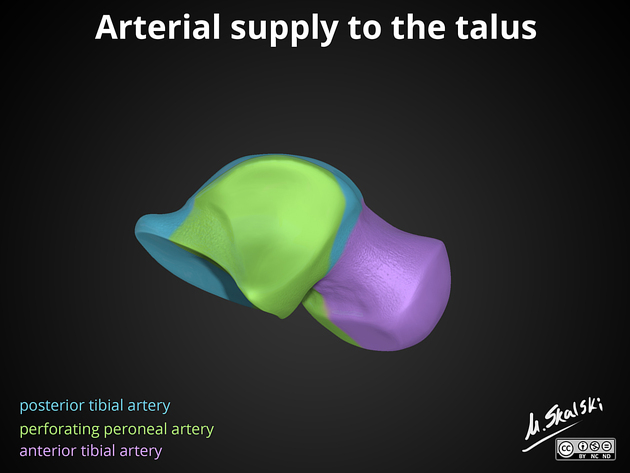 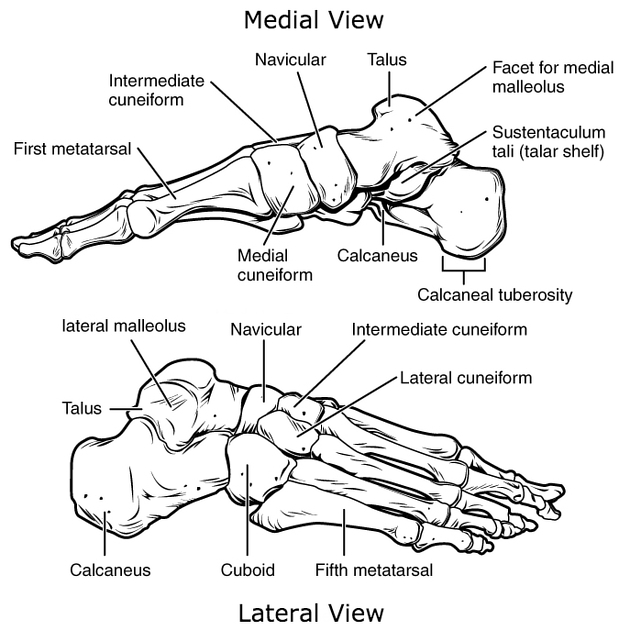 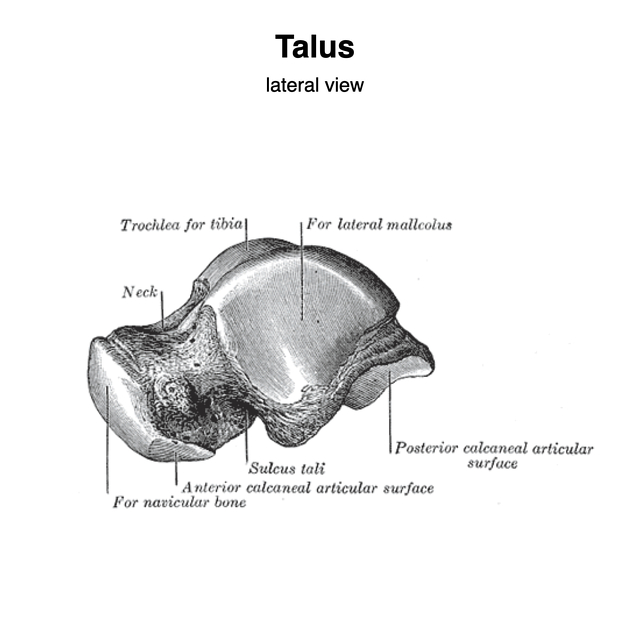 The talus is a tarsal bone in the hindfoot that articulates with the tibia, fibula, calcaneus, and navicular bones. It has no muscular attachments and around 60% of its surface is covered by articular cartilage.

The talus has been described as having three main components: head, neck, and body. It is an irregular saddle-shaped bone.

The talar body has a curved smooth trochlear surface also termed the talar dome, which is covered with hyaline cartilage and convex from front to back. The medial and lateral surfaces articulate with the medial malleolus (of the tibia) and lateral malleolus (of the fibula) respectively. The lateral articular surface is large and projects more inferiorly. The lower part of the lateral surface forms a bony projection called the lateral process which supports the lower portion of the lateral articular facet. The posterior aspect has a backward and medially facing posterior process, which has a lateral and medial tubercle separated by a groove for the tendon of flexor hallucis longus.

The talar head is the part that articulates with the navicular bone. On its inferior aspect, this is continuous with three articular facets that are separated by smooth ridges. There are anterior and middle facets which articulate with corresponding facets on the calcaneus. There is another facet, medial to the above facets, for articulation with the spring ligament.

The talar head and body are connected by the talar neck, which is inclined downwards distally and medially.

No muscles originate or insert on the talus.

The vascular supply to the talus is considered tenuous due to the lack of muscular attachment to the bone .