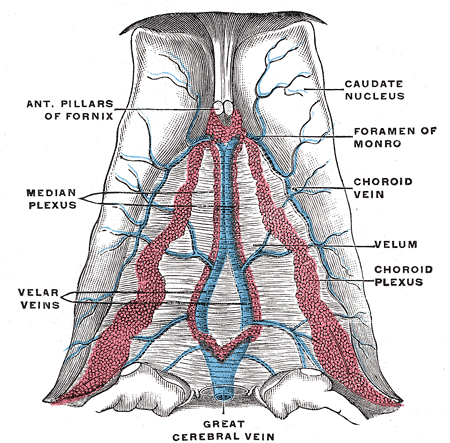 It lies in the quadrigeminal cistern and curves backward and upward around the posterior border of the splenium of the corpus callosum to drain into the confluence of the inferior sagittal sinus and the straight sinus.

The drainage territory is highly variable and it usually directly drains the colliculi and receives numerous tributaries:

It arises as a normal structure in utero derived from the median prosencephalic vein of Markowski.