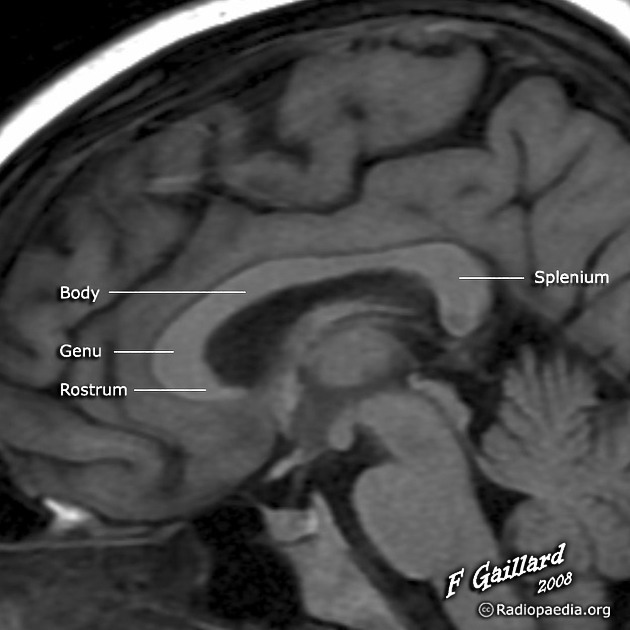 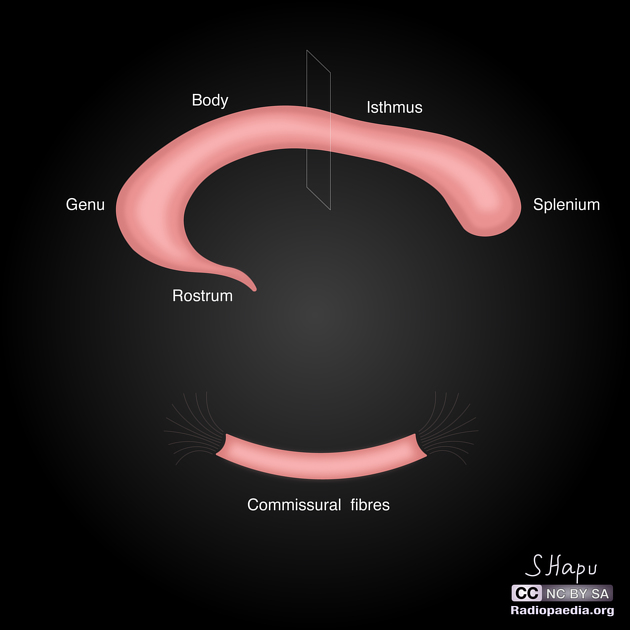 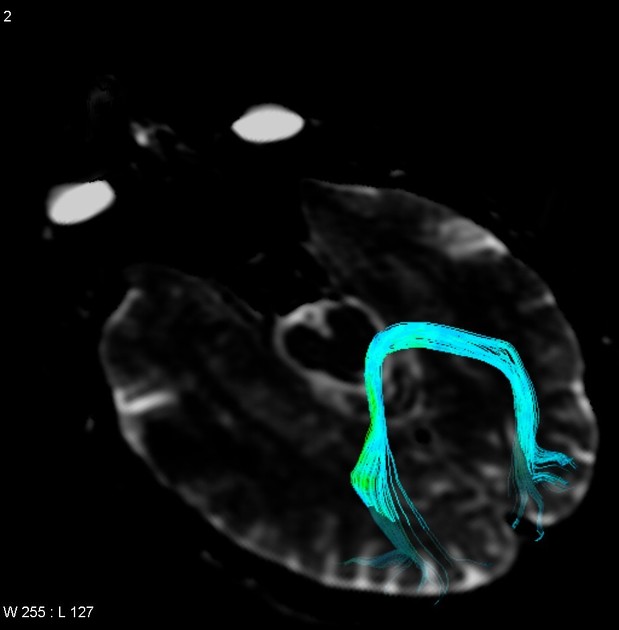 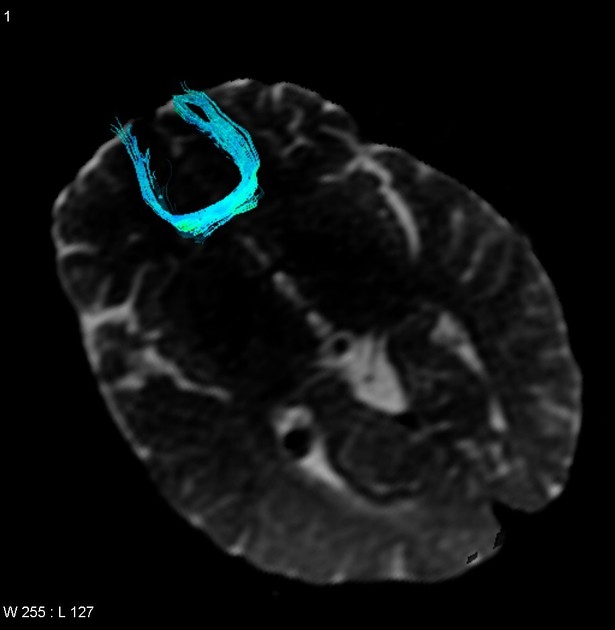 The corpus callosum (plural: corpora callosa) is the largest of the commissural fibers, linking the cerebral cortex of the left and right cerebral hemispheres. It is the largest white matter tract in the brain.

The corpus callosum is approximately 10 cm in length and is C-shaped (like most supratentorial structures) in a gentle upwardly convex arch. It is thicker posteriorly.

It is divided into four parts (from anterior to posterior):

On either side, the body is separated from the cingulate gyrus by the callosal sulcus.

Attached to the concave undersurface of the corpus callosum is the thin vertical septum pellucidum anteriorly, and the fornix and its commissure posteriorly.

Although the corpus callosum can be seen as a single large fiber bundle connecting the two hemispheres, a number of individual fiber tracts can be identified. These include:

These connections can also be divided into:

Myelination of the corpus callosum occurs in the opposite direction, from the splenium forwards.

From the Latin, corpus meaning "body" and callosum, "hard" or "tough".