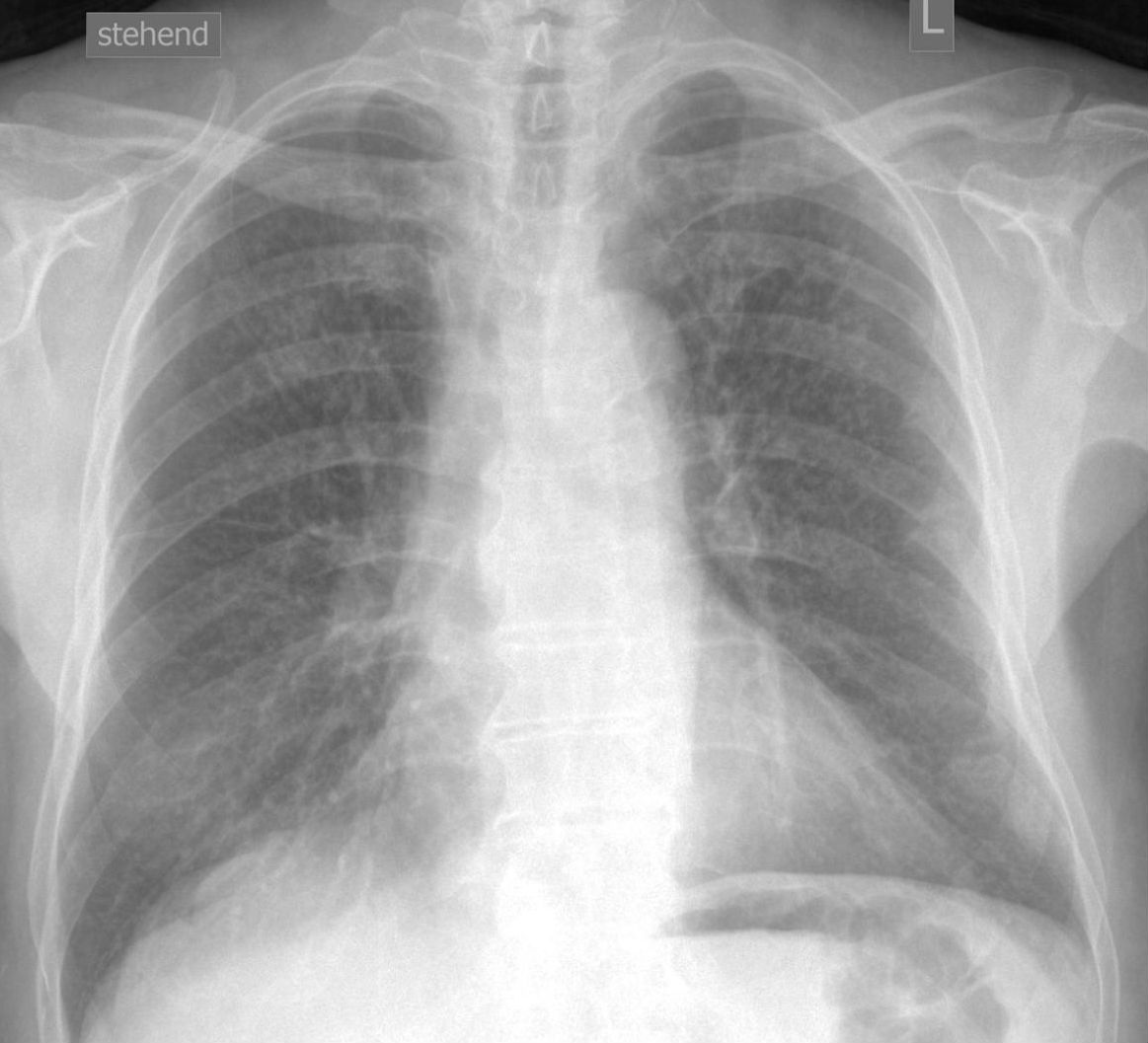 Silicosis (plural: silicoses) is a fibrotic pneumoconiosis caused by the inhalation of fine particles of crystalline silicon dioxide (silica). Occupations such as mining, quarrying, and tunnelling are associated with silicosis.

The disease occurs in two clinical forms that are subdivided by their temporal relationship to the exposure to silica:

The classic form is much more common than the acute form and can be classified as simple or complicated, according to the radiographic findings:

In some situations, there is a rapid progression of the disease which is sometimes termed accelerated silicosis.

Radiographic findings on chest x-ray can consist of bilateral consolidation and/or ground-glass opacities, which tend to appear in perihilar regions.

At CT, features of simple silicosis include:

On a chest radiograph, complicated silicosis is usually indicated by large symmetric bilateral opacities that are:

CT features are focal soft-tissue masses, often with irregular or ill-defined margins and calcifications, surrounded by areas of emphysematous change.

Treatment is to remove the exposure, although silicosis may progress despite removal from the dust environment.

In acute silicosis particularly, the clinical course is usually progressive and ends in death due to cor pulmonale and respiratory failure therapy with corticosteroids

Carcinoma and tuberculosis are potentially serious complications of silicosis.