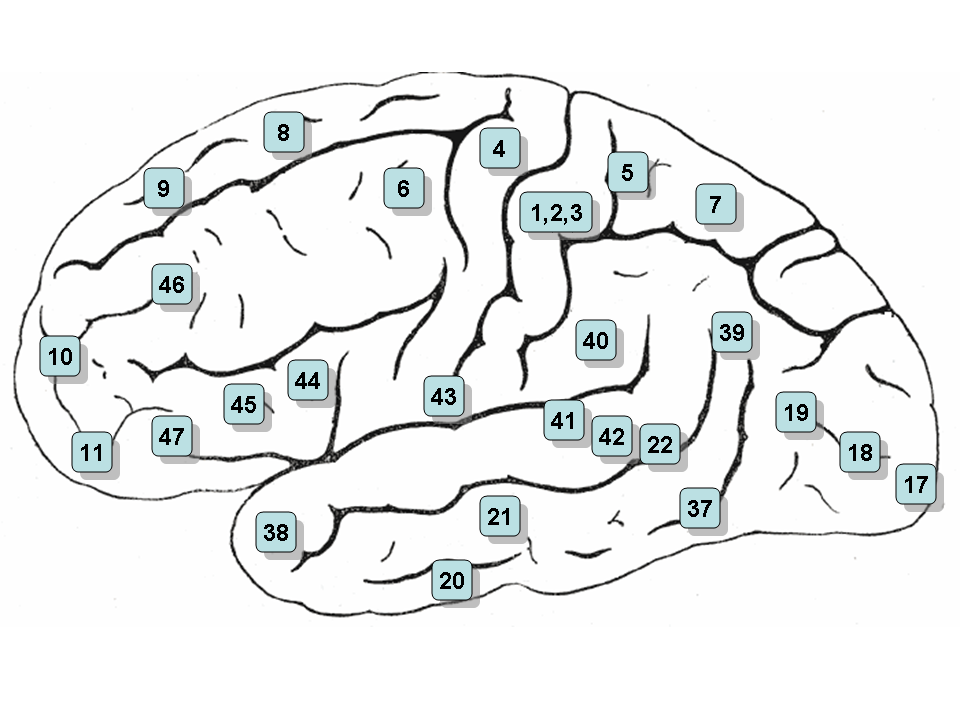 Lateral
surface of left cerebral hemisphere, viewed from the side.
Wikipedia • Public domain 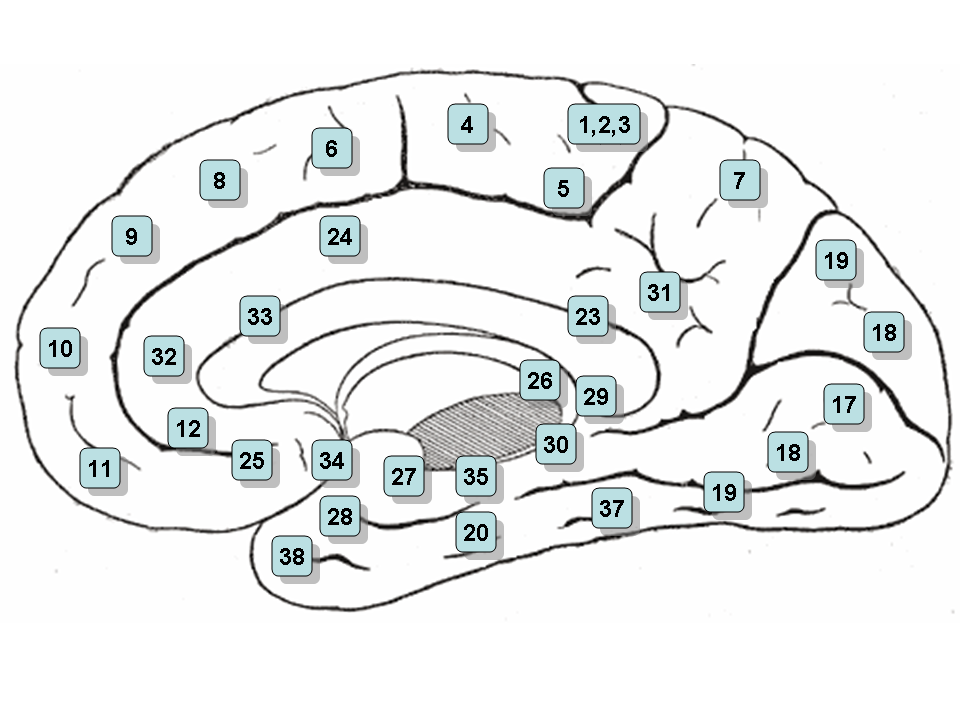 Brodmann areas are a system to divide the cerebral cortex according to cytoarchitectural organization, and are, despite controversy, still very widely used as a standardized nomenclature which is superimposed on the somewhat variable gyral and sulcal anatomy.

The classification relies on the fact that the human cortex is composed of six cellular layers, the density and architecture of which vary from region to region. These patterns are visible under the light microscope .

The Brodmann classification divides the cortex into approximately 52 areas, numbered sequentially, although some regions have been subsequently subdivided and other are only present in non-human primates.

The list below states how areas relate to functional areas and/or gyral landmarks.

Brodmann areas are named after the German neuroanatomist Korbinian Brodmann (1868-1918) who first devised this cytoarchitectural map in 1909 .