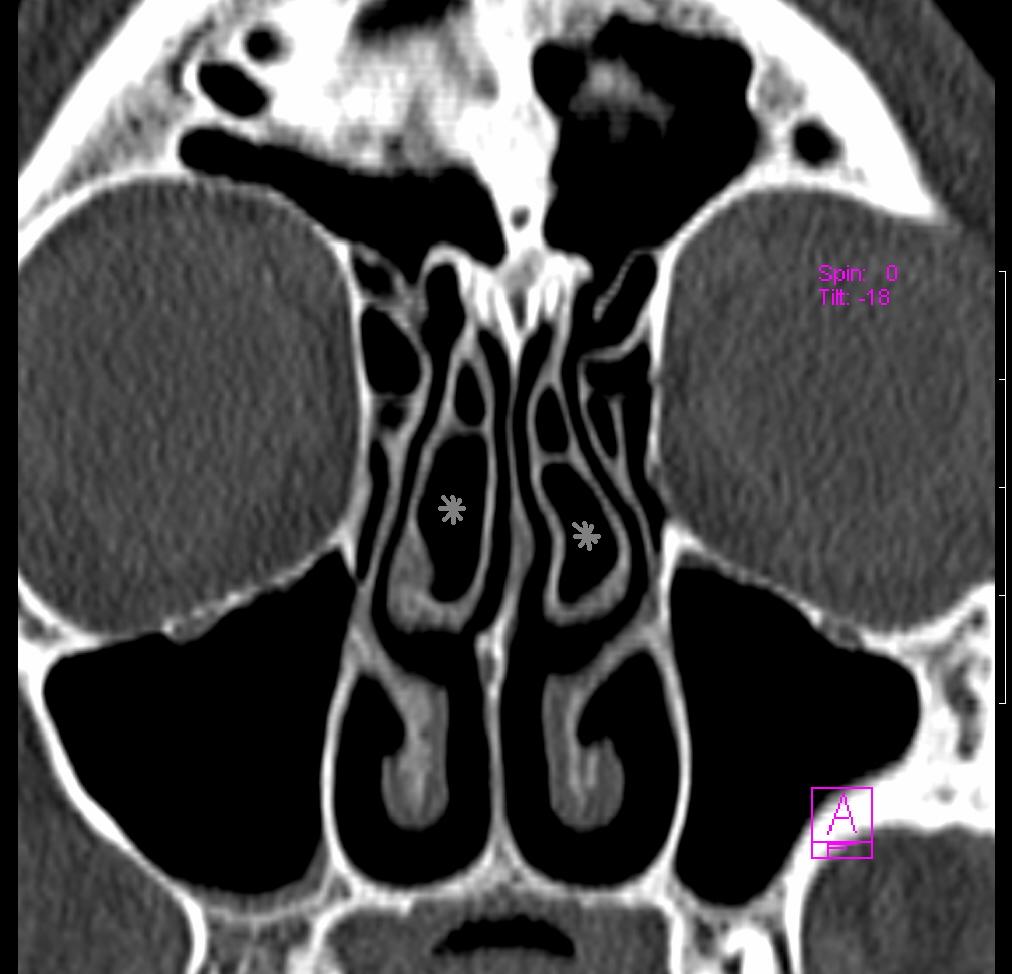 Concha bullosa (plural: conchae bullosae) (also known as middle turbinate pneumatization) is a common finding and although associated with deviation of the nasal septum, it is usually of little clinical importance.

Concha bullosa is a normal variant and is one of the most common variations of sinonasal anatomy, it is identified in ~35% (range 14-53%) of patients . The wide range of prevalence is attributable to variability in the definition used for the diagnosis (see below).

In the vast majority of cases, these variants are asymptomatic. Although some studies have suggested a relationship between a concha bullosa and sinus disease, it is probably not the case, with the incidence of sinusitis being similar in patients with or without a concha .  The air space within the turbinate is susceptible to the same pathologies as other sinuses, and may thus become infected, obstructed (mucocele), or be the site of malignancy.

Conchae bullosae are associated with deviation of the nasal septum (see below) which has itself been in some studies associated with an increase incidence of sinus disease .

Although in most instances concha bullosa refers specifically to pneumatization of the middle concha, similar appearances may be occasionally seen of either the superior or inferior conchae.

Concha bullosa of the middle turbinate can be divided into one of three types:

They are associated with deviation of the nasal septum away from the concha bullosa, with preserved surrounding air spaces (suggesting developmental asymmetry rather than mass effect)

It is worth noting that a concha bullosa and a deviated septum may interfere with transnasal surgery and is thus a relevant finding on imaging of the region for other reasons .

As most are asymptomatic and the relationship between a concha bullosa and sinusitis is controversial, in general, no treatment is required.

If infected or large and associated with ipsilateral maxillary sinus obstruction resection may be undertaken, in which case the lateral wall of the concha is resected, leaving the medial wall intact to maintain the middle turbinate .