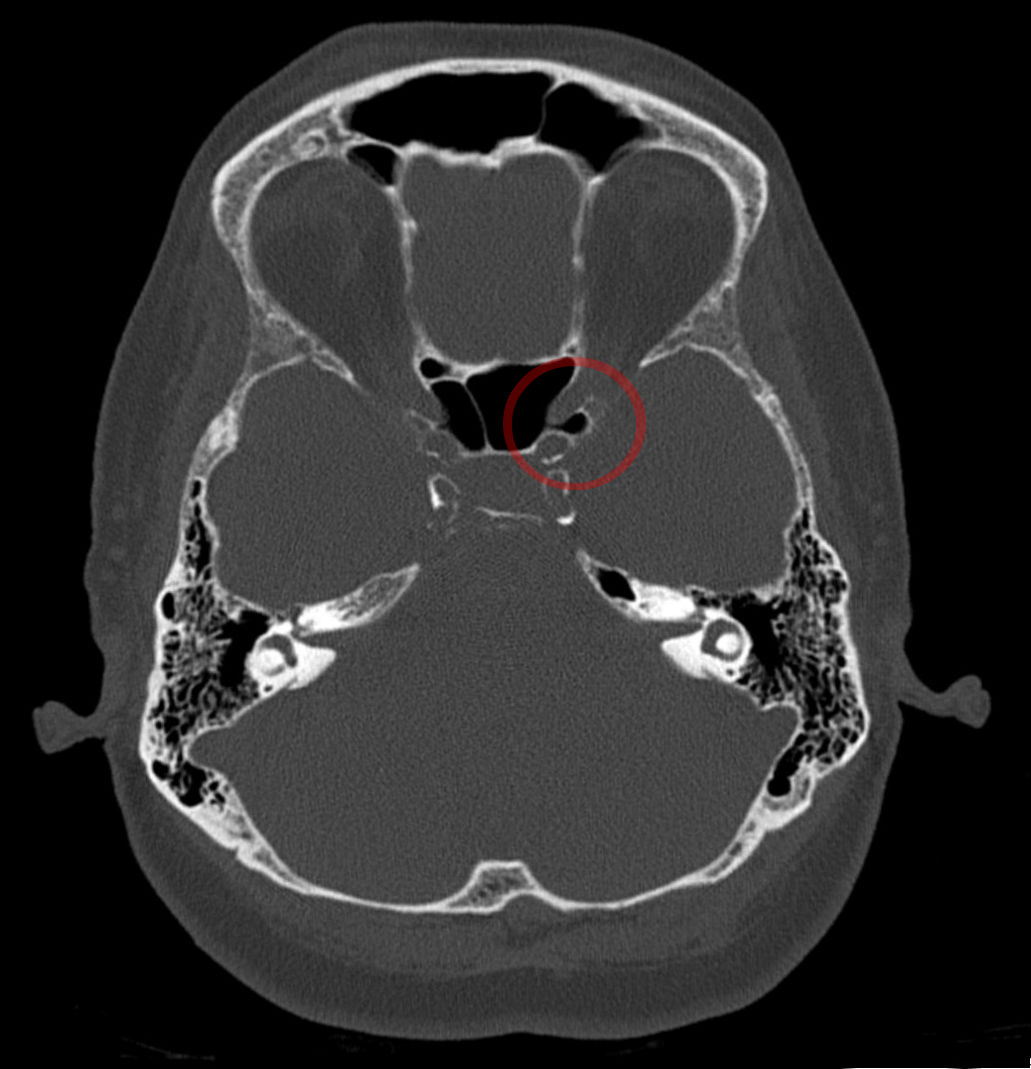 Sphenoethmoidal air cell, also commonly known as the Onodi air cell, is an anatomical variant of the paranasal sinuses, important due to its close proximity to the optic nerve and internal carotid artery.

The sphenoethmoidal air cell is generally defined as the posteriormost ethmoidal air cell, that extends posteriorly to lie superolateral to the sphenoid sinus and thus in close proximity to the optic nerve and internal carotid artery . It often extends into the anterior clinoid process; importantly, aeration of the anterior clinoid process does not imply presence of an Onodi cell, as frequently such aeration is due to rescesses of the sphenoid sinus .

Rarely, it may lie superiorly to the sphenoid sinus and is then called a central Onodi air cell .

The incidence of sphenoethmoidal air cells is variable, reported in 3.4 to 60% of individuals ; the discrepancy of these rates of incidence likely results from variability in definition rather than true incidence .

The importance of these air cells stems primarily from their location adjacent to the optic nerve and internal carotid artery, with as little as 0.03 mm (median 0.08 mm) of bone separating them .

The importance and variability of the posteriormost ethmoidal air cells was described by the Hungarian laryngologist Adolf Ónodi (1857-1920) in 1904 .