Congenital
coronary anomalies detected by coronary computed tomography compared to invasive coronary angiography. A patient with a complex coronary-pulmonary artery fistula presenting with previous syncope. (a, b) Volume-rendered three-dimensional images show a big plexus of the tortuous vessels arising from the proximal left anterior descending artery. (c) Axial images of the same patient show the course of the fistula ending into a pulmonary vein.
bmccardiovascdisord.biomedcentral.com • CC-by-2.0 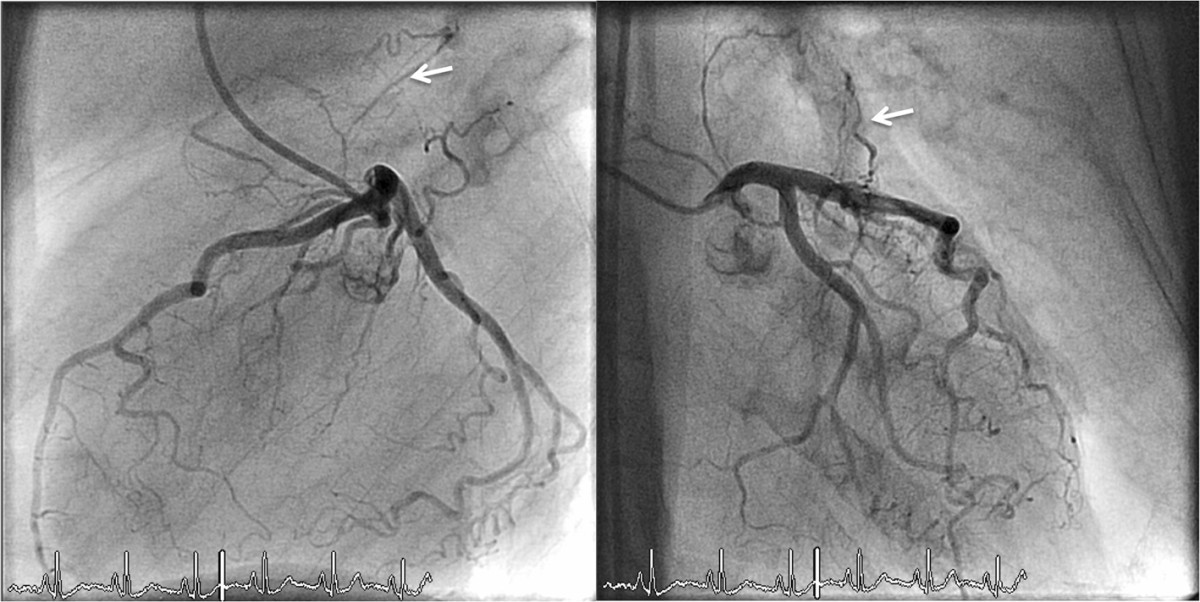 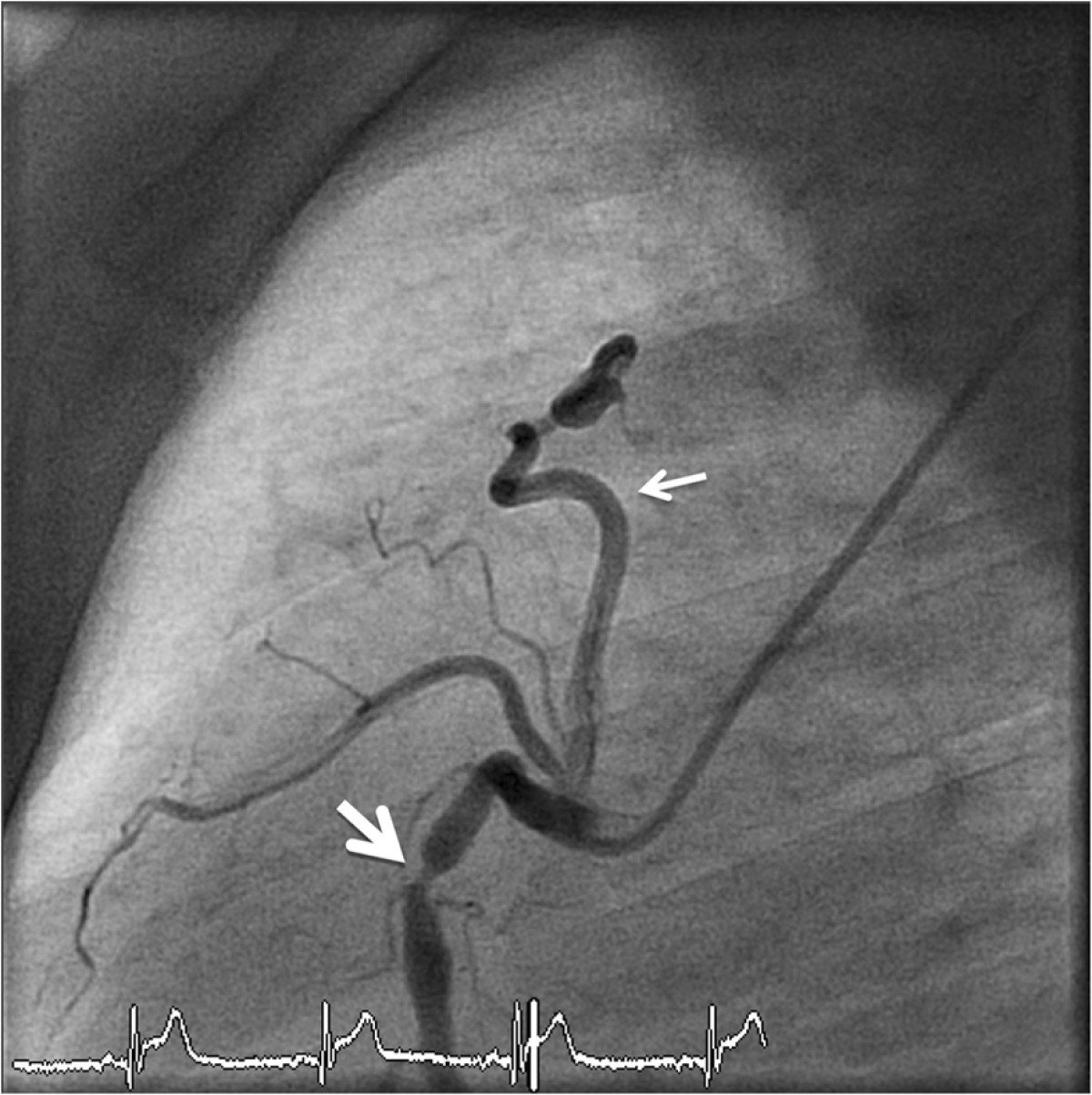 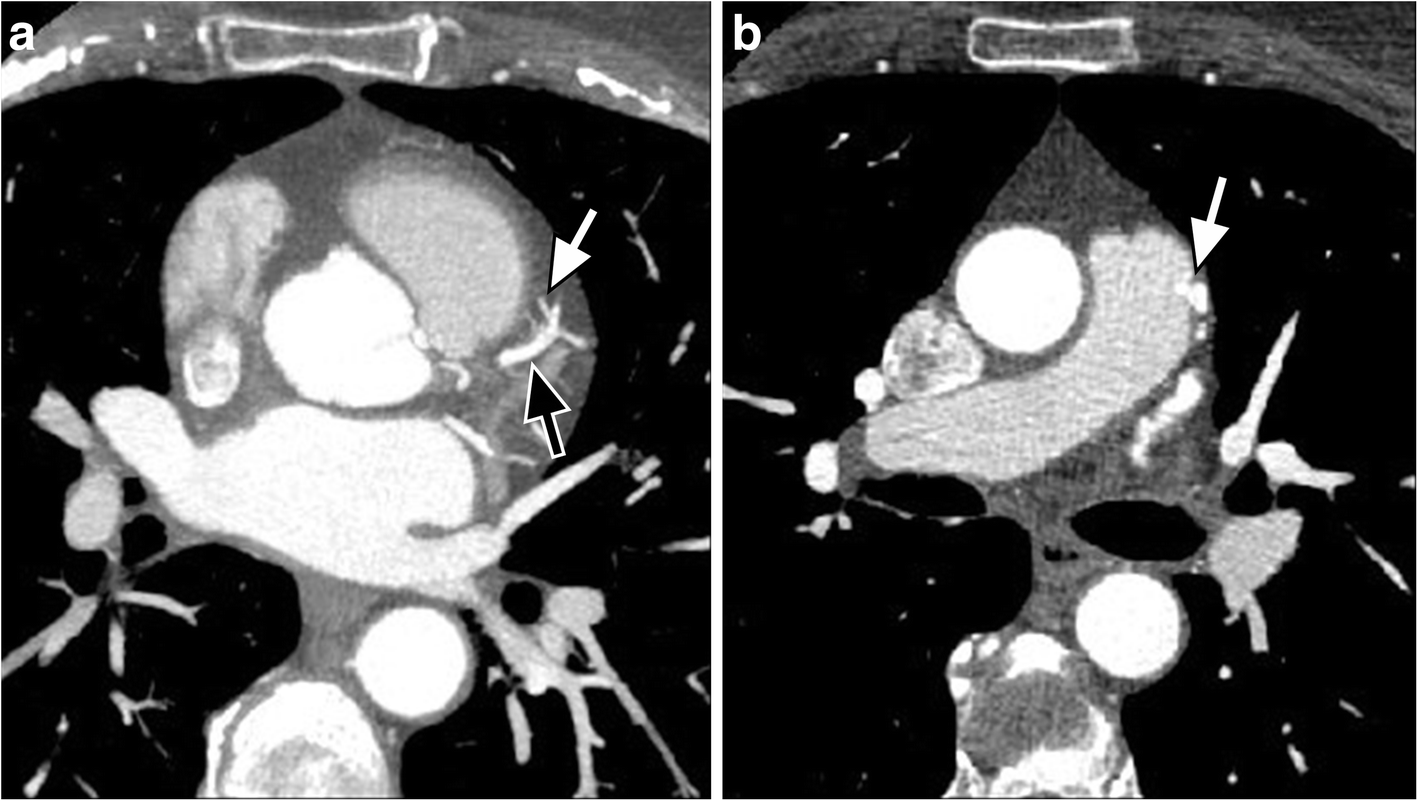 Although a CAVF, in the strictest sense of the term, implies a communication between the coronary arteries and coronary venous system, the term has been adopted and accepted to refer to any communication between the coronary arteries and other cardiac or vascular structures . Furthermore, large CAVFs have sometimes been known as ‘cor medusae’ in the literature .

CAVFs are rare, being present in approximately 0.002% of the population .

Patients may be asymptomatic , but may also have a range of clinical features:

The most common origins for the CAVF are the RCA (50%) and LAD (42%) while the most common drainage sites are the relatively low-pressure right ventricle (41%), right atrium (26%), or pulmonary artery (17%) . However, any coronary artery may be an origin and the fistula may less commonly drain into the coronary sinus, superior vena cava, or left-sided cardiac chambers .

Due to the most common drainage sites being in the right side of the cardiac circulation, CAVFs often cause a left-to-right shunt and result in the ‘coronary artery steal’ phenomenon . This coronary artery steal results in less blood being delivered to the myocardium at the origin of the fistula causing continual myocardial ischemia and the development of the aforementioned clinical presentation .

CAVFs are most commonly congenital, but can also be rarely acquired . Risk factors and etiologies for acquired CAVFs include :

They can be classified according to their origin, drainage site, or complexity; the number of fistulous tracts; or the presence of accompanying anomalies.

One method of classifying coronary arterial fistulae is as

Imaging can demonstrate not only the CAVF, but also the numerous complications (as listed below).

Often unremarkable, but may have signs of congestive heart failure (e.g. cardiomegaly) .

Coronary artery angiography is an invasive imaging modality for evaluating CAVFs and has long been considered to be the gold-standard . Angiography is able to provide details regarding the origin, drainage, size, and course of CAVFs .

Electrocardiographically-gated CT is able to not only detect the same characteristics of CAVFs as demonstrated by coronary artery angiography, but also has the additional benefit of being easily accessible and non-invasive . Thus, CT is increasingly considered to be the ideal imaging modality for evaluating CAVFs instead of angiography .

Although there have been reports of spontaneous closure of the fistula due to thrombus, generally symptomatic patients require closure via either transcatheter embolization or surgical ligation . Patients with known CAVFs should also receive prophylactic anti-platelet therapy and antibiotic prophylaxis against bacterial infective endocarditis .

Patients who have undergone a closure procedure tend to have an excellent prognosis .