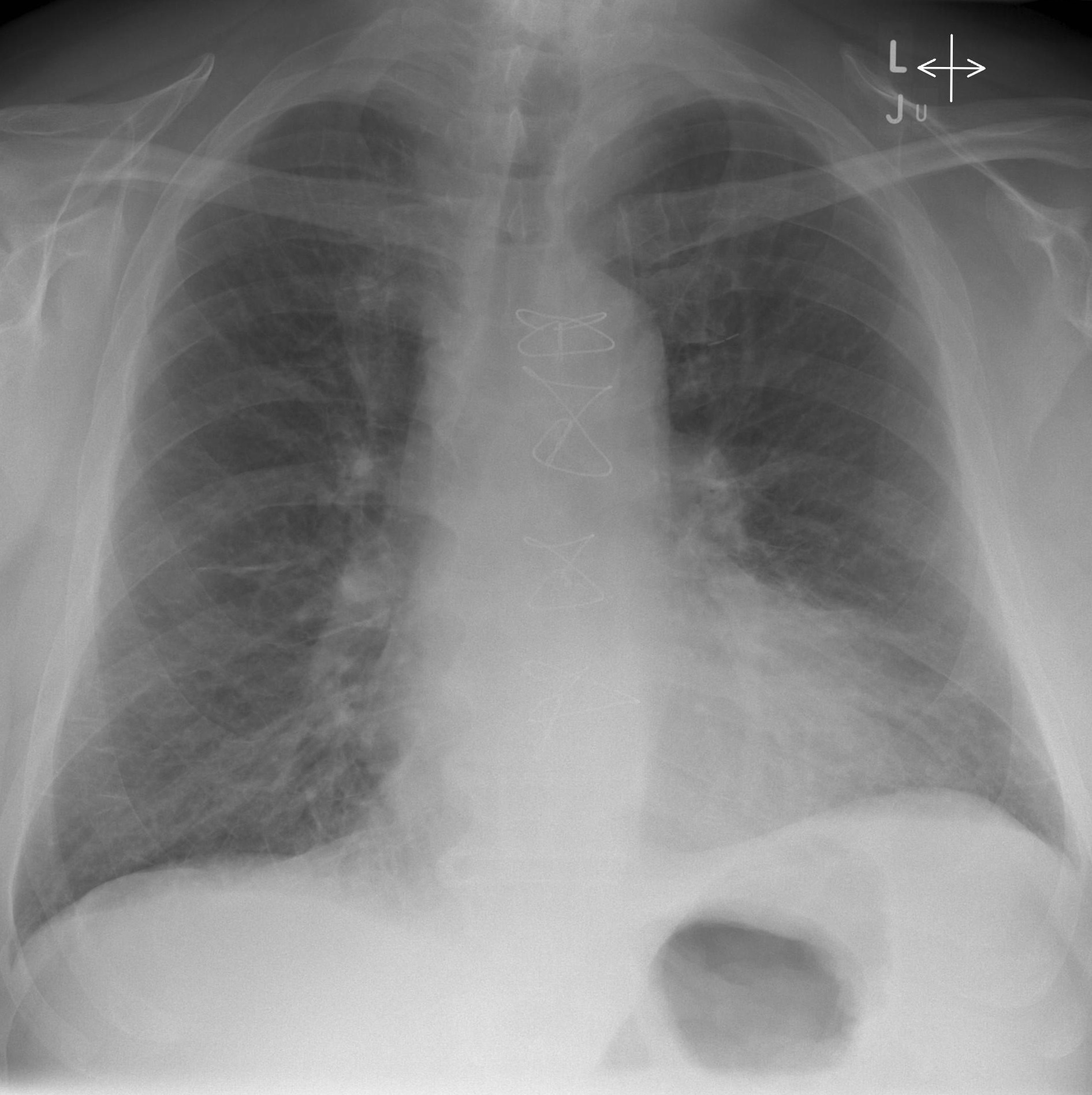 Congestive cardiac failure (CCF), also known as congestive heart failure (CHF) or simply heart failure, refers to the clinical syndrome caused by inherited or acquired abnormalities of heart structure and function, causing a constellation of symptoms and signs that lead to decreased quality and quantity of life.

CCF is common, affecting 2% of all adults in developed nations, and up to 10% of adults over 65 years old . The condition is thought to affect up to 20 million people worldwide .

The severity of clinical presentation and functional status of a patient is often classified according to the New York Heart Association (NYHA), which assigns a grade between I and IV dependent on symptoms and on how limited the physical activity has become :

Patients with end-stage CCF may have Cheyne-Stokes respiration, hypotension, tachycardia, features of valvulopathies, and cardiac cachexia .

Depending on the underlying etiology, additional clinical features may also be present .

It may be precipitated by intrinsic cardiac or extrinsic factors. It may also be acute (acute decompensated cardiac failure) or chronic (chronic congestive cardiac failure) . Up to 40-50% of patients have diastolic heart failure with preserved left ventricular function.

There are numerous ways of classifying CCF, the most commonly utilized being a functional classification that is based on cardiac output and ejection fraction . In this classification, there are often overlapping etiologies and patients can move from one classification to the other over time .

In patients with reduced systolic function the LVEF is lower and the intracardiac volumes higher. A cutoff LVEF of <40% in the presence of a suggestive clinical syndrome defines HFrEF. Intermediate ejection fractions (between 40-50%) are typically grouped in the HFrEF phenotype.

The accuracy of interpreting chest radiographs regarding congestive cardiac failure was only around 70% according to one study.

With left-sided congestive cardiac failure, the features are that of pulmonary edema which includes :

Echocardiography is the most common imaging modality used to evaluate patients with CCF . It is able to provide a semi-quantitative assessment of left ventricular size and function and determine the presence of valvular or wall abnormalities .  Variables near ubiquitously assessed in a complete transthoracic echocardiography exam include

CT chest may demonstrate the same features as the plain radiograph but in greater detail and clarity . Furthermore, electrocardiograph-gated CT and cardiac CT angiography may provide estimates of cardiac function and detailed visualization of various cardiac structures . Mediastinal lymph node enlargement may be present in some cases .

Cardiac MRI (CMR) is able to provide highly accurate ejection fraction estimates and determine the presence of any structural abnormalities and is considered by many to be the gold standard imaging modality . Patterns of late gadolinium enhancement can distinguish between many etiologies of CCF, although this is beyond the scope of this general article on CCF .

Treatment involves a multidisciplinary team and incorporates lifestyle, allied health, pharmacological, and even surgical therapies, often specific to the underlying etiology . An in-depth review of the treatment of CCF is beyond the scope of this article, however, general principles include:

Despite advances in management in recent decades, prognosis remains poor with 30-40% of patients dying within 1 year, and up to 70% dying within 5 years .