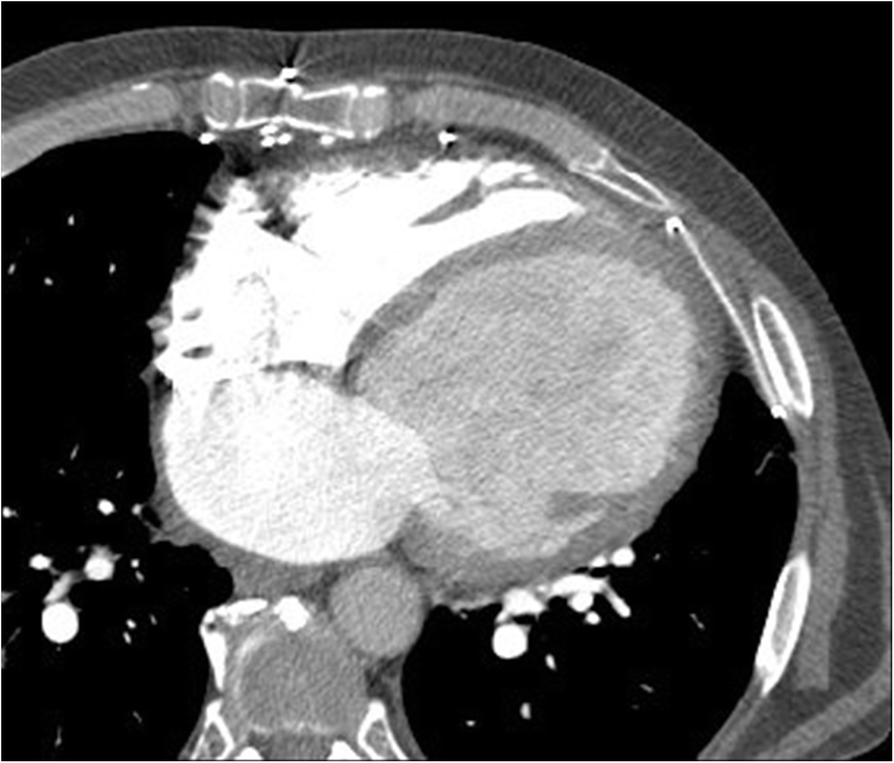 Dilated cardiomyopathy (DCM) is defined as left ventricular chamber dilation with decreased systolic function (FEVG <40%) in the absence of coronary artery disease or conditions which impose a chronic pressure overload. There may also be right ventricular dysfunction. Causes are related to intrinsic myocardial damage.

The ventricles are dilated and poorly contractile with normal or reduced wall thickness. The atria may also have a similar appearance and function.

Although a variety of etiologies can result in dilated cardiomyopathy which are listed below. Some are classified as separate entities. (See WHO 1995 classification of cardiomyopathies)

In idiopathic dilated cardiomyopathy, the left heart is markedly dilated and thinned, and mid-wall enhancement, especially in the septum, is present in more than 50% of patients .

Late enhancement MR images may demonstrate areas of fibrosis within the myocardium, characteristically in the mid- or subepicardial myocardium, allowing differentiation from ischemic cardiomyopathy.