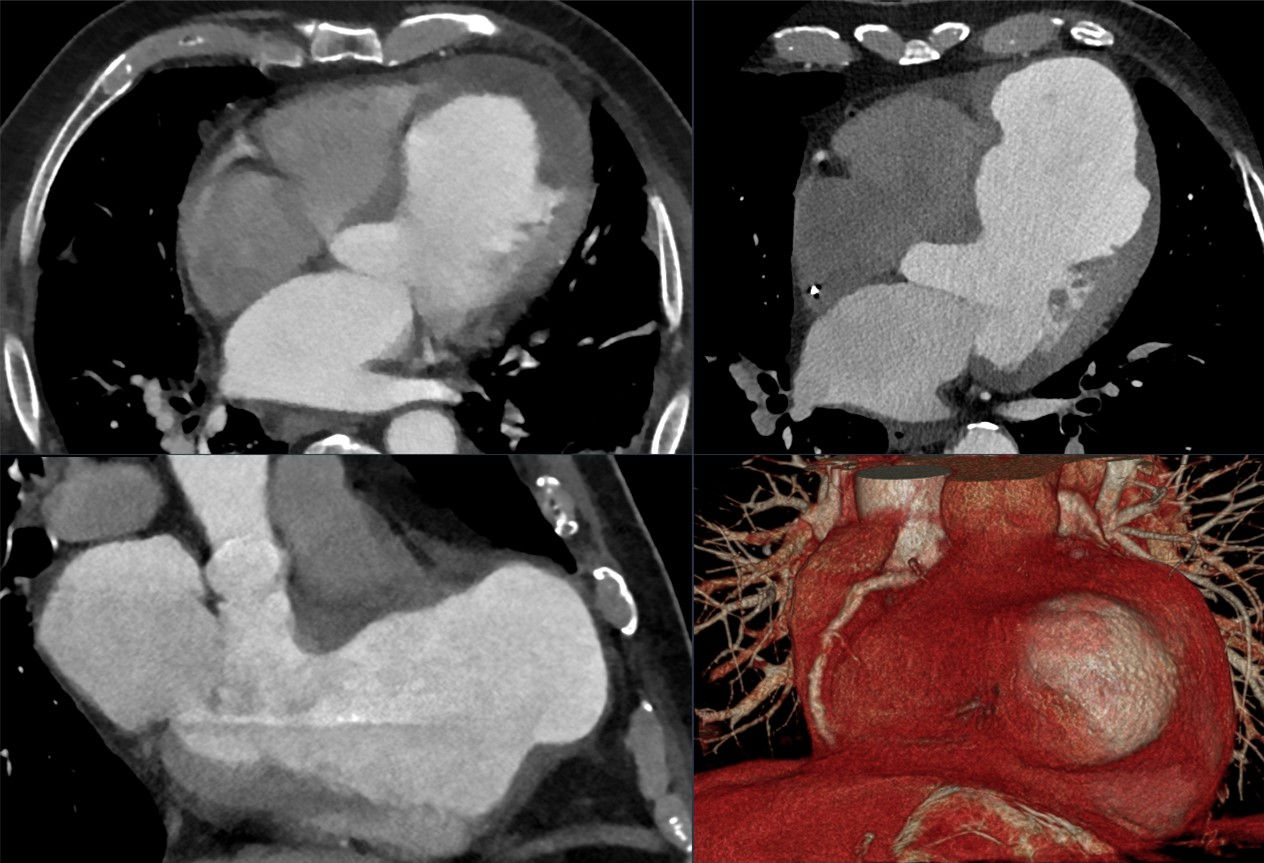 Intracardiac thrombi are seen in a variety of clinical settings and can result in severe morbidity or even death from embolic events. They can occur following myocardial infarction with ventricular thrombus formation, or with atrial fibrillation and mitral stenosis where atrial thrombi predominate.

Thrombi in the chambers of the left heart are a common source of complications like stroke and other arterial embolic syndromes.

Recently formed thrombi demonstrate homogenous echogenicity, irregular margins, and tend to be independently mobile, whereas chronic thrombi tend to be immobile. Intracardiac thrombi can be subdivided broadly as follows :

The lack of enhancement differentiates cardiac thrombus from other cardiac tumors.

Cine images using steady-state free precession (SSFP) allow the localization of the thrombus and targets following sequences to the region of interest. Cine images can also demonstrate segmental hypokinesia in surrounding infarcted myocardium. On cine images, thrombus can sometimes be difficult to separate from the adjacent myocardium if they have similar intensity and can be readily missed unless gadolinium is administered.

In this sequence, the heart is imaged at every heartbeat following pump injection of gadolinium. This allows dynamic imaging of contrast as it passes from the right ventricle, into the left ventricle, into the myocardium, and following the redistribution. Thrombus being an avascular lesion will be of homogenous low intensity on every phase.

A short inversion time is initially chosen to null the gadolinium-rich myocardium so that any areas of myocardial enhancement are accentuated. The initial inversion time is decided upon by performing a scout at different TI, and choosing the TI which nulls the myocardium. This also incidentally results in some fat suppression as fat has a short T1 value (~150 ms). The inversion time is progressively increased as late gadolinium imaging progresses, because gadolinium washes out of the myocardium, and the T1 value increases back to baseline. Thrombus will remain of low intensity, and any underlying infarct will be revealed by subendocardial enhancement.

When considering the diagnosis of an intracardiac thrombus, the differential for a mass in the cardiac chambers includes: