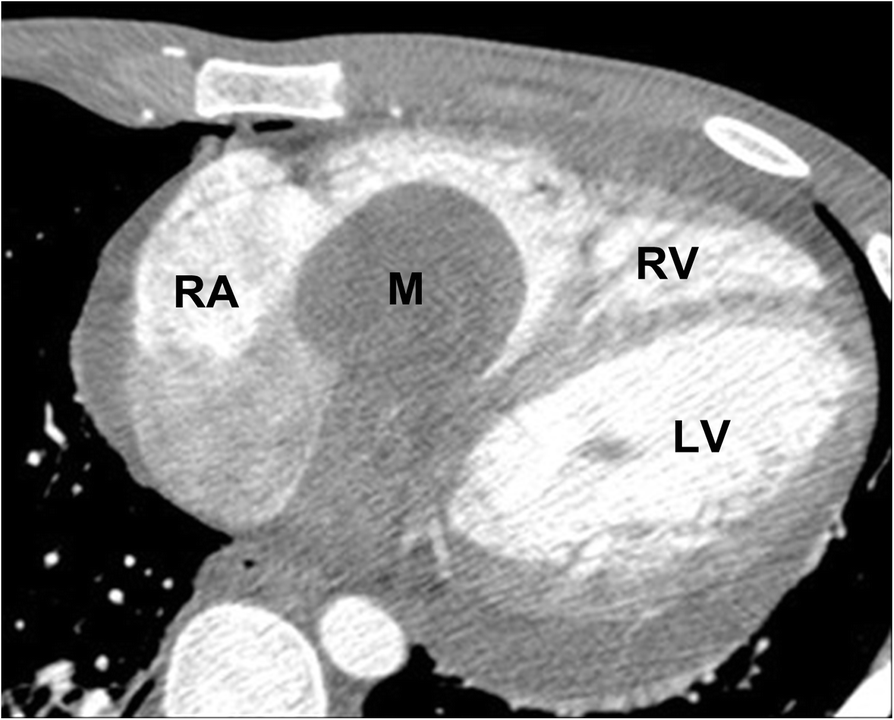 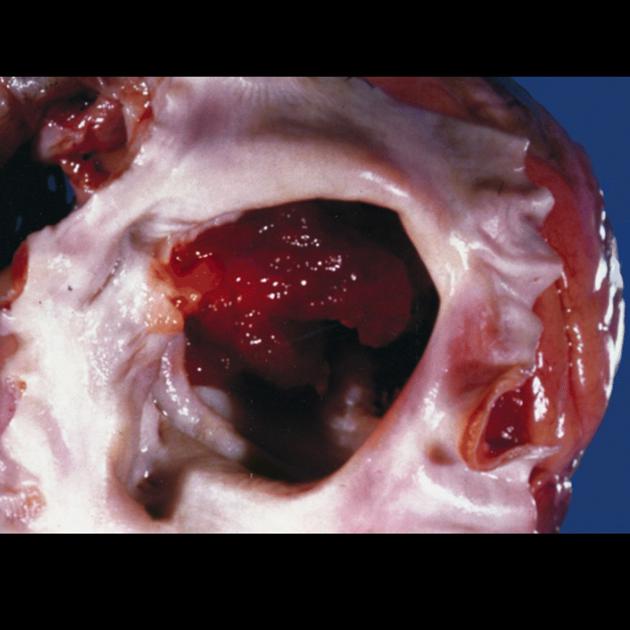 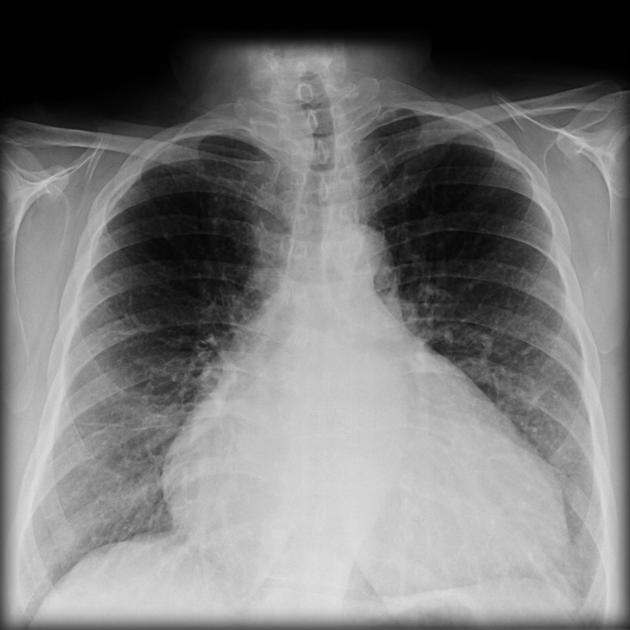 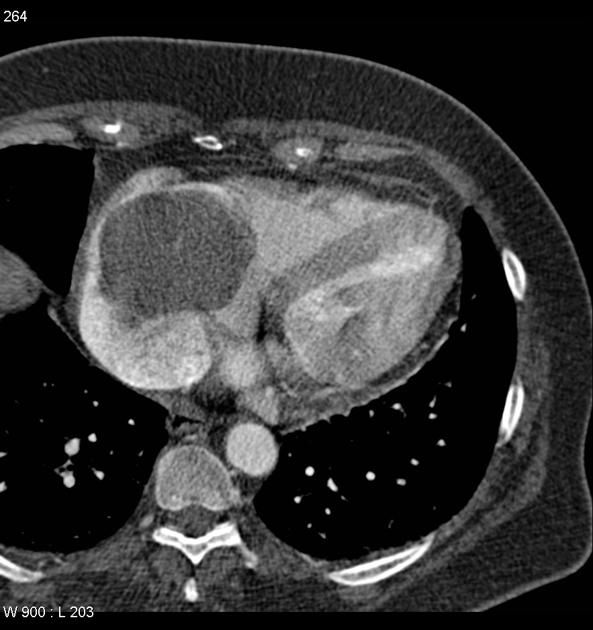 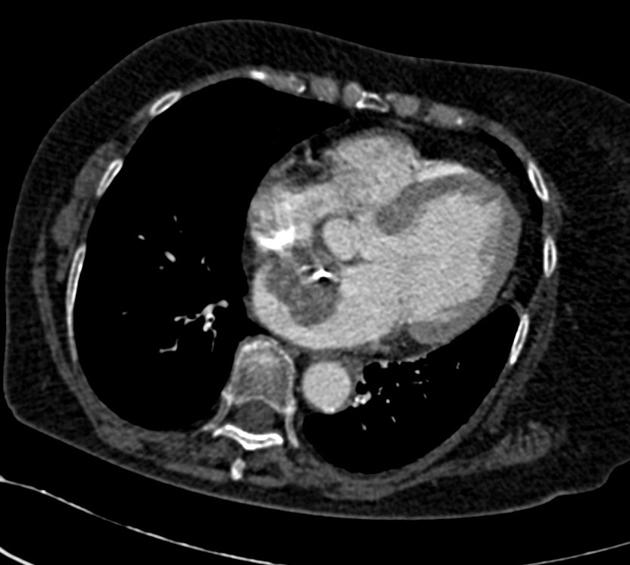 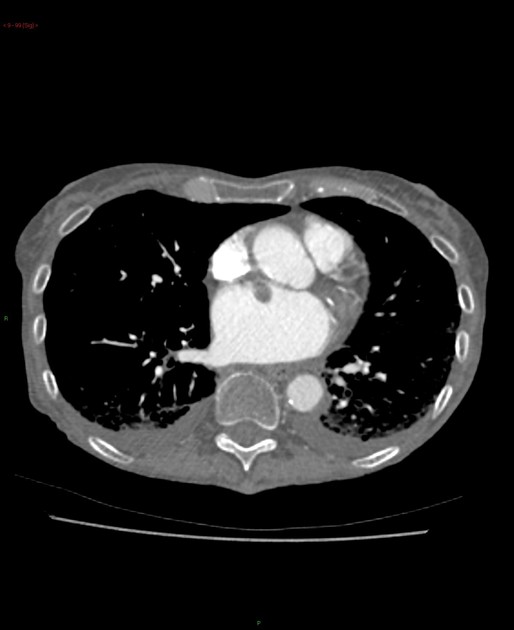 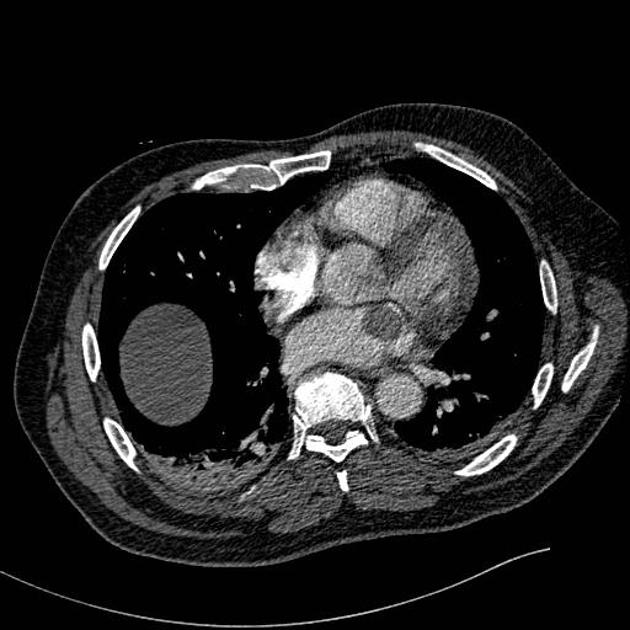 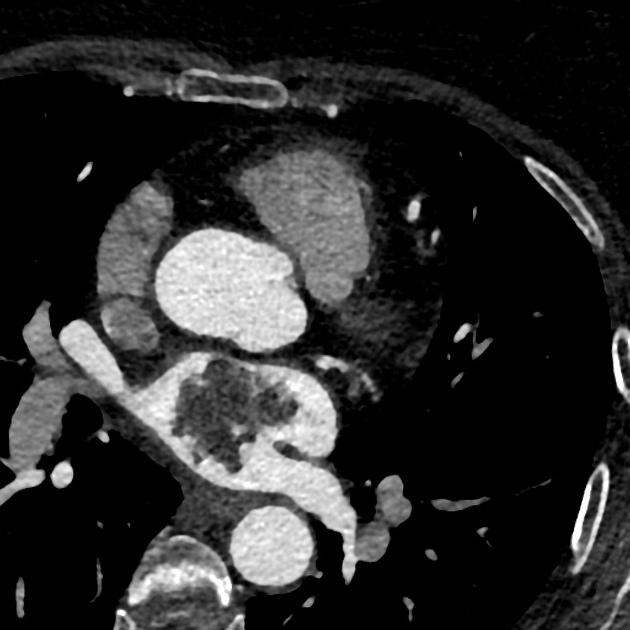 Cardiac myxomas, although uncommon are one of the commonest primary cardiac tumors and account for ~50% primary benign cardiac tumors.

Cardiac myxomas are the most common primary cardiac tumor in adults (~50%) but are relatively infrequent in childhood, where cardiac rhabdomyomas are more frequent . The incidence of cardiac myxomas is approximately 0.5 per million population per year . There is a broad range in the age of presentation (11-82 years), with most patients presenting in adulthood (mean ~50 years of age) . There is a recognized female predilection .

Approximately 20% of patients are asymptomatic, with myxomas being found incidentally on imaging of the heart. Presumably, as the amount of imaging increases, so will this figure.

Clinical features are variable and depend on the location and other associated pathology, e.g. valve destruction. However, a triad of symptoms is recognized :

In ~20% of patients, arrhythmias may be identified .

On auscultation, a cardiac murmur is usually present. A characteristic finding in patients with pedunculated and prolapsing myxoma is the so-called "tumor plop" .

Controversy exists in regards to the exact nature of these masses, but in general, they are considered benign neoplasms. Some authors believe that they represent organized thrombus.

Morphologically they are often hemorrhagic and are of variable firmness. They can be sessile or pedunculated (commoner) and of variable size (1-10 cm). They most frequently arise in the left atrium, attached to the interatrial septum in the region of the fossa ovale.

Patients with atrial myxomas can be divided into two groups: typical (vast majority) and atypical :

An uncommon but well-described association with multiple endocrine neoplasia syndromes has been described, and is known as Carney complex .

Chest radiographs can be normal . Abnormalities, if present, are non-specific and include:

Echocardiography is usually the initial modality used for identification and evaluation of cardiac myxomas. They appear as hyperechogenic lesions with a well-defined stalk. Moreover, echocardiography can be useful to assess the mobility of the tumor, as it often protrudes through valve flaps.

Myxomas, as is the case with other cardiac tumors, appear as intracardiac masses, most often in the left atrium and attached to the interatrial septum. They are usually heterogeneously low attenuating (approximately two-thirds of cases ). Due to repeated episodes of hemorrhage, dystrophic calcification is common .

If the mass is pedunculated, the motion within the heart can be demonstrated, including prolapse through the mitral valve.

MRI appearances are heterogeneous, reflecting the non-uniformity of these masses. They are typically spherical or ovoid masses which may be sessile or pedunculated .

Complete resection in typical cases is usually curative with recurrence rates (either locally or elsewhere in the heart) reported in 0-5% of cases. In atypical cases or those with Carney complex, the rate is much higher (12-22%) .