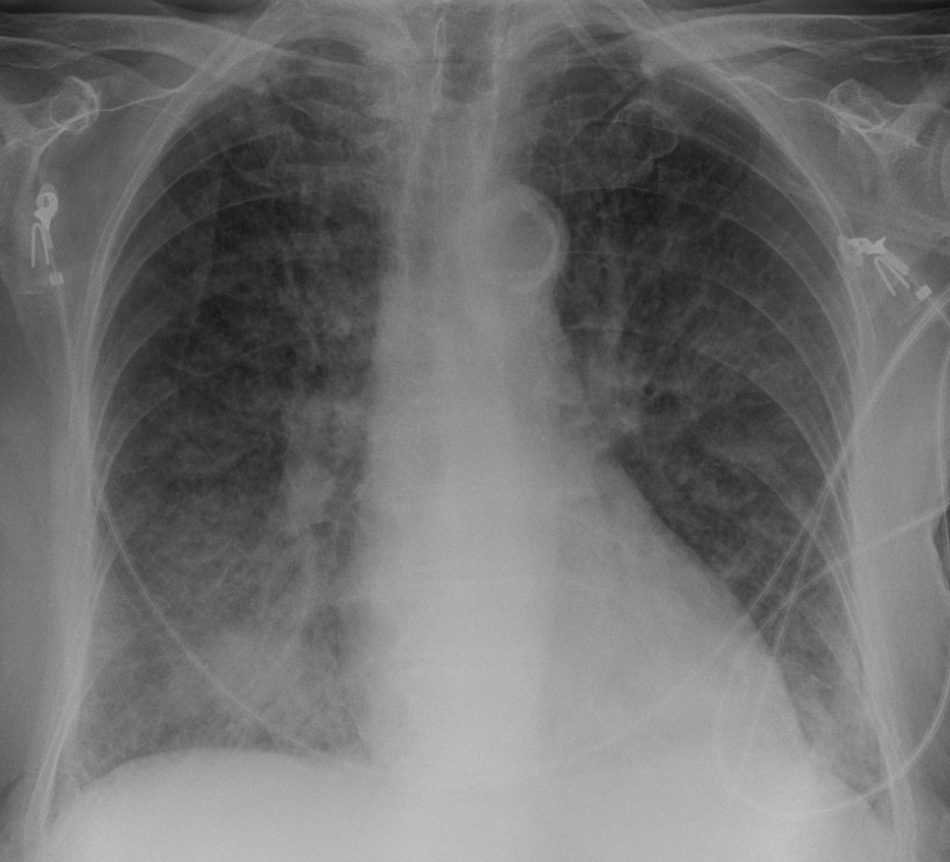 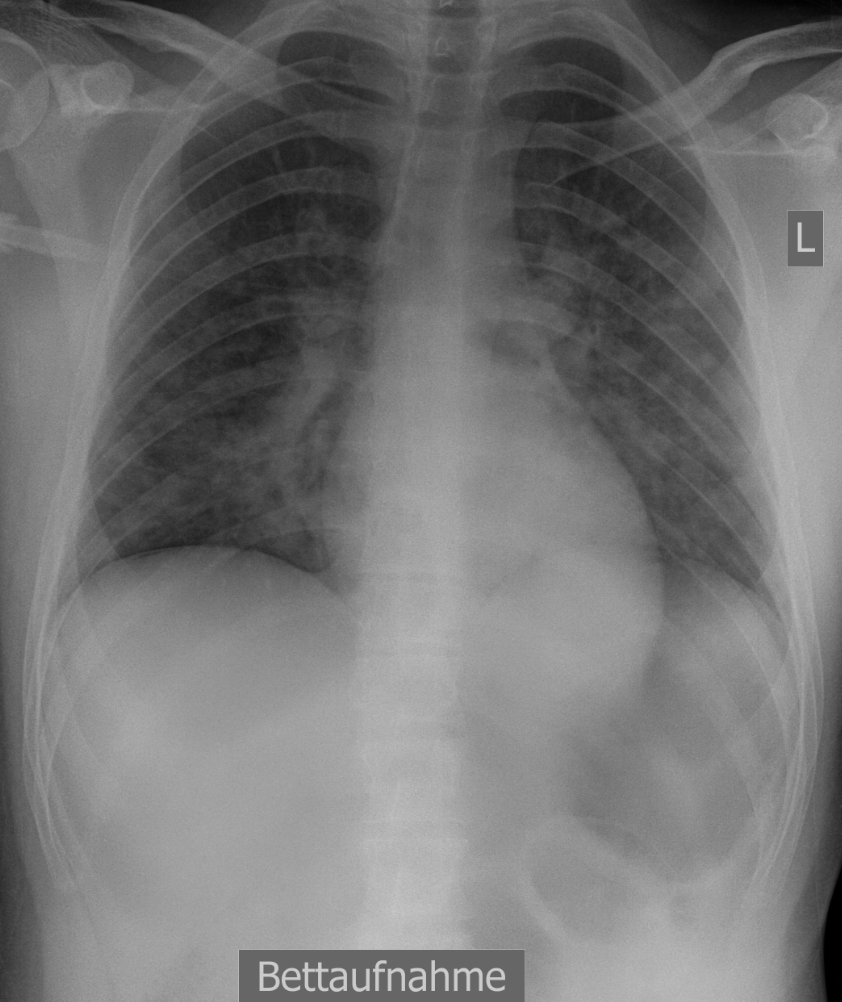 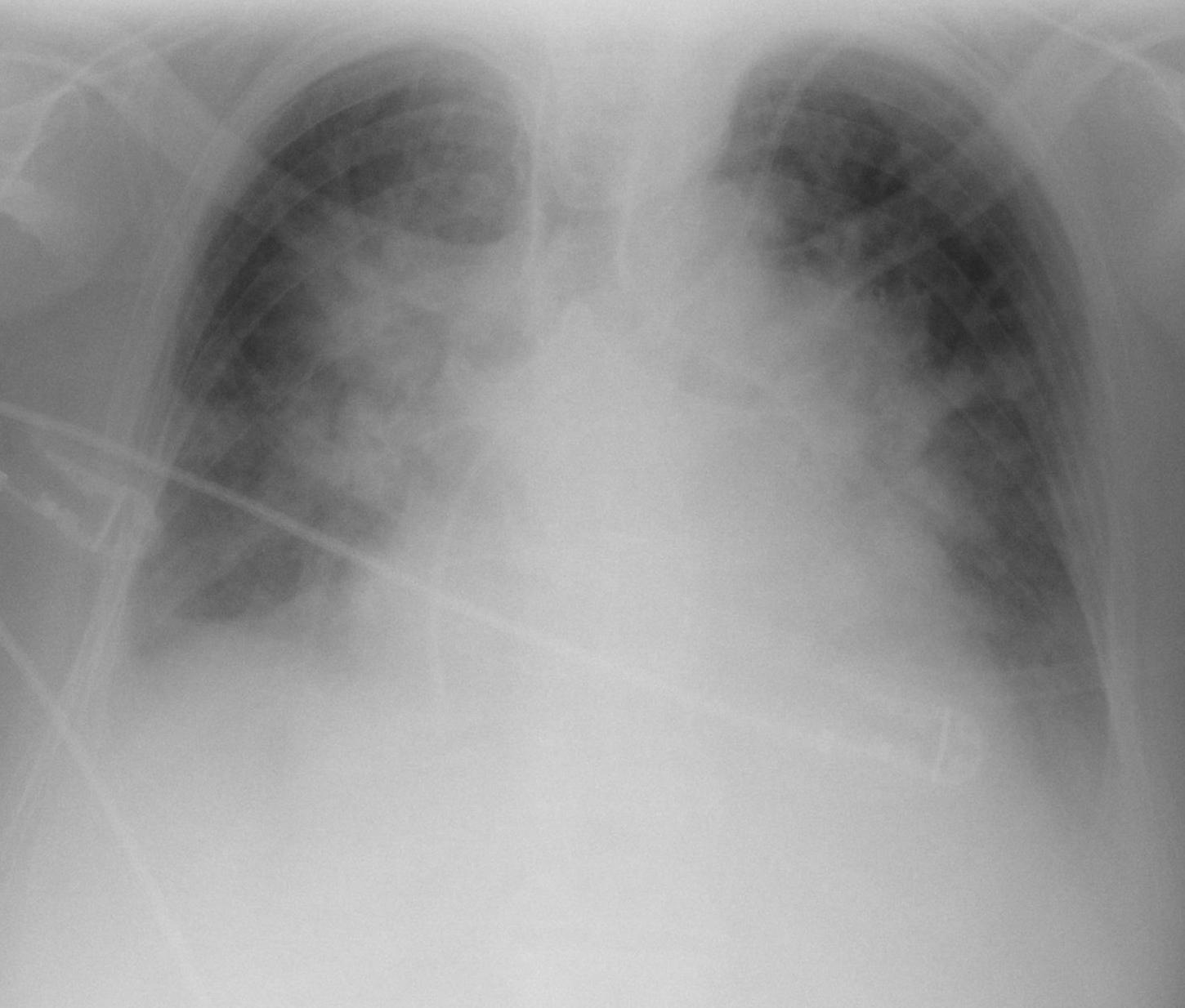 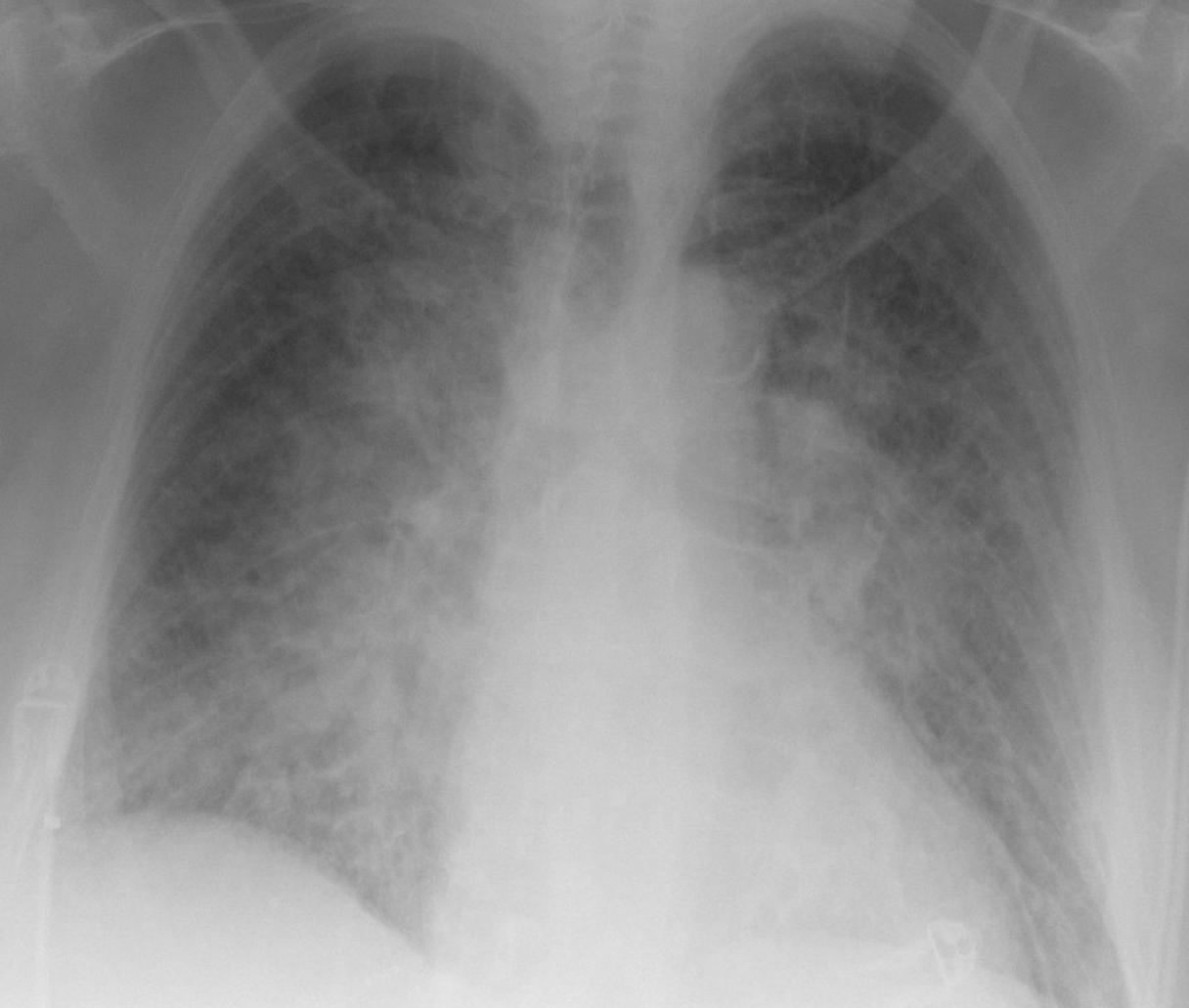 Pulmonary edema is a broad descriptive term and is usually defined as an abnormal accumulation of fluid in the extravascular compartments of the lung .

One method of classifying pulmonary edema is as four main categories on the basis of pathophysiology which include:

Broadly causes can be classified as cardiogenic and non-cardiogenic:

The causes of non-cardiogenic pulmonary edema can be recalled with the following mnemonic: NOTCARDIAC.

The chest radiograph remains the most practical and useful method of radiologically assessing and quantifying pulmonary edema .

Features useful for broadly assessing pulmonary edema on a plain chest radiograph include:

There is a general progression of signs on a plain radiograph that occurs as the pulmonary capillary wedge pressure (PCWP) increases (see pulmonary edema grading). Whether all or only some of these features can be appreciated on the plain chest radiograph, depend on the specific etiology . Furthermore, pulmonary edema is usually a bilateral process, but it may uncommonly appear to be unilateral in certain situations and pathologies (see unilateral pulmonary edema).

Interstitial pulmonary edema is most commonly demonstrated by the following CT signs :

Alveolar edema is demonstrated by airspace consolidation in addition to the above findings.

The appearance of pulmonary edema is defined as a function of the perturbation of the air-fluid level in the lung, a spectrum of appearances coined the alveolar-interstitial syndromes.

As subpleural interlobular septa thicken among air-filled alveoli, they create a medium in which incident ultrasound waves will reverberate within, creating a short path reverberation artifact.  Referred to as B-lines, these are pathological when more than three appear, garnering the title lung rockets, and consistent with thickened interlobular septa. When spaced 7 mm apart they correlate with radiographic interstitial edema and when 3 mm apart with ground glass opacification. When surrounding alveoli become fluid-filled, the resultant interface assumes a tissue-like pattern. The tissue-like sign and shred sign are pathognomonic .