Kerley B
lines in acute cardiac decompensation. The short, horizontal lines can be found everywhere in the right lung.
Wikipedia • CC BY-SA 3.0 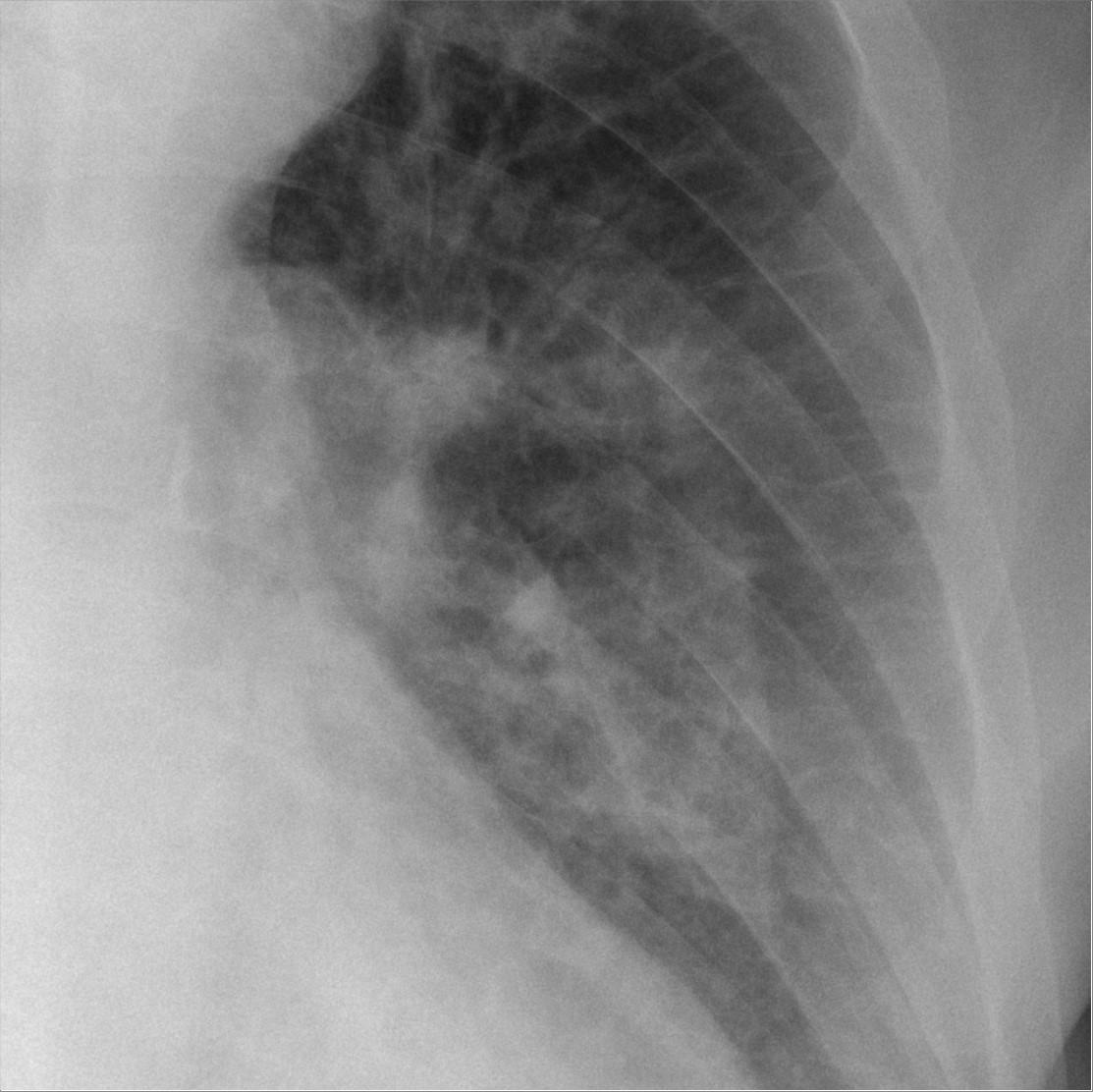 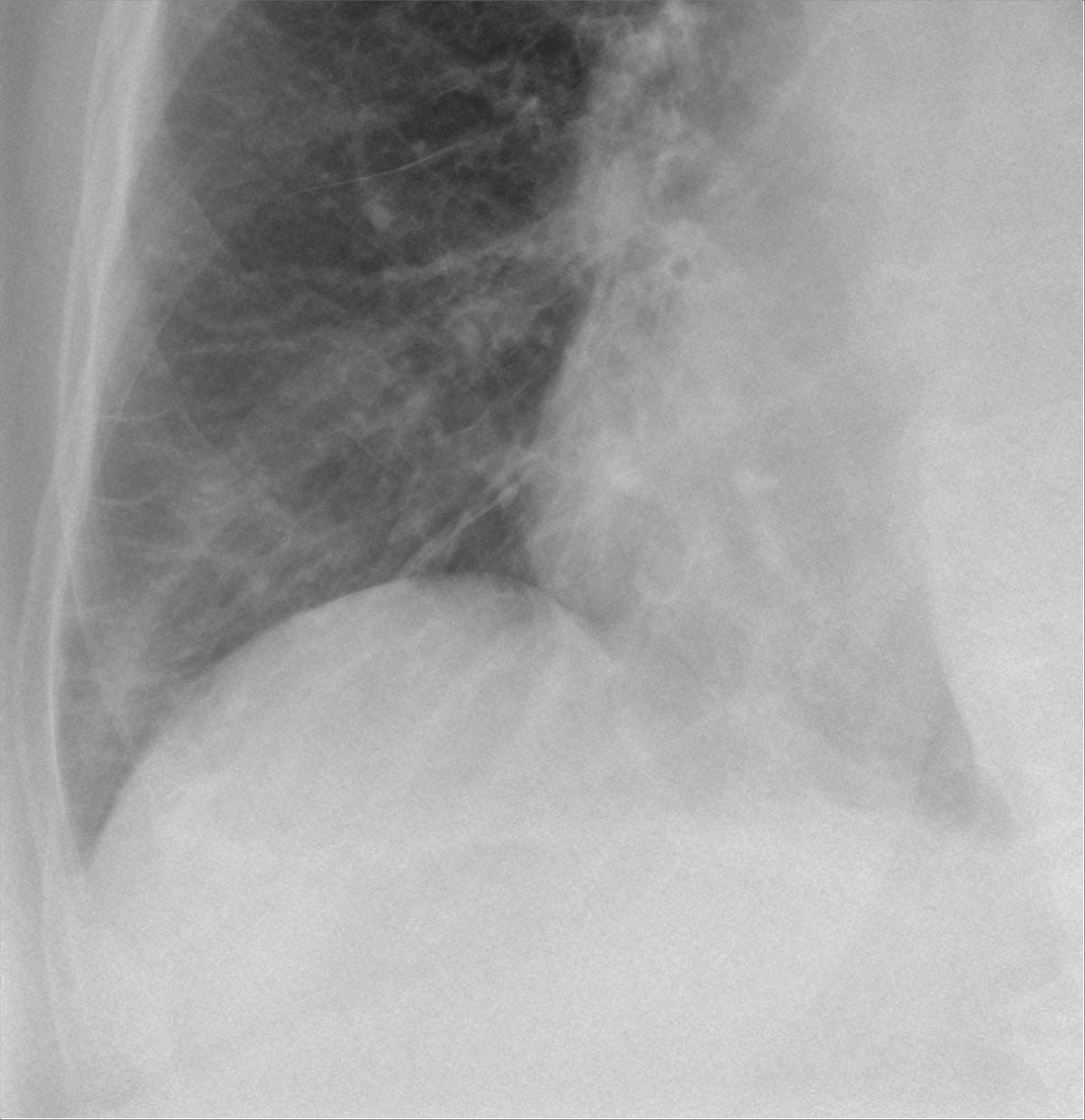 These are 2-6 cm long oblique lines that are <1 mm thick and course towards the hila. They represent thickening of the interlobular septa that contain lymphatic connections between the perivenous and bronchoarterial lymphatics deep within the lung parenchyma. On chest radiographs they are seen to cross normal vascular markings and extend radially from the hilum to the upper lobes. HRCT is the best modality for the demonstration of Kerley A lines.

These are thin lines 1-2 cm in length in the periphery of the lung(s). They are perpendicular to the pleural surface and extend out to it. They represent thickened subpleural interlobular septa and are usually seen at the lung bases.

Kerley C lines are short lines which do not reach the pleura (i.e. not B or D lines) and do not course radially away from the hila (i.e. not A lines).

Kerley D lines are exactly the same as Kerley B lines, except that they are seen on lateral chest radiographs in the retrosternal air gap .

Kerley lines are named after Sir Peter James Kerley (1900-1979), an Irish radiologist who in addition to describing the interstitial lines now known as Kerley lines, was a co-founder of the Faculty of Radiology (later to become the Royal College of Radiologists), and also attended to King George VI .