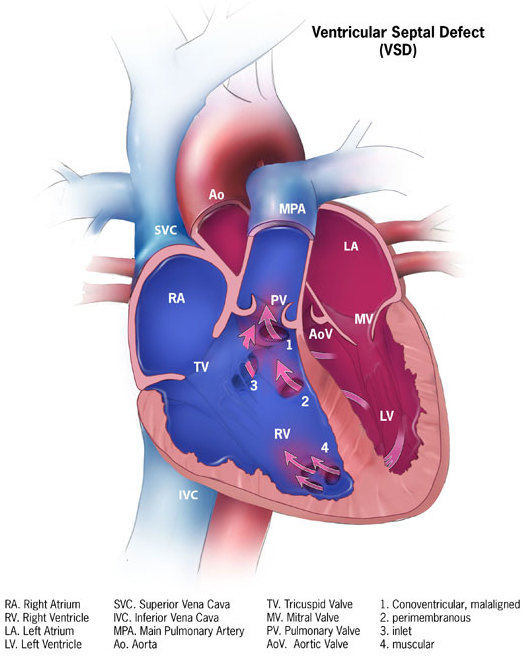 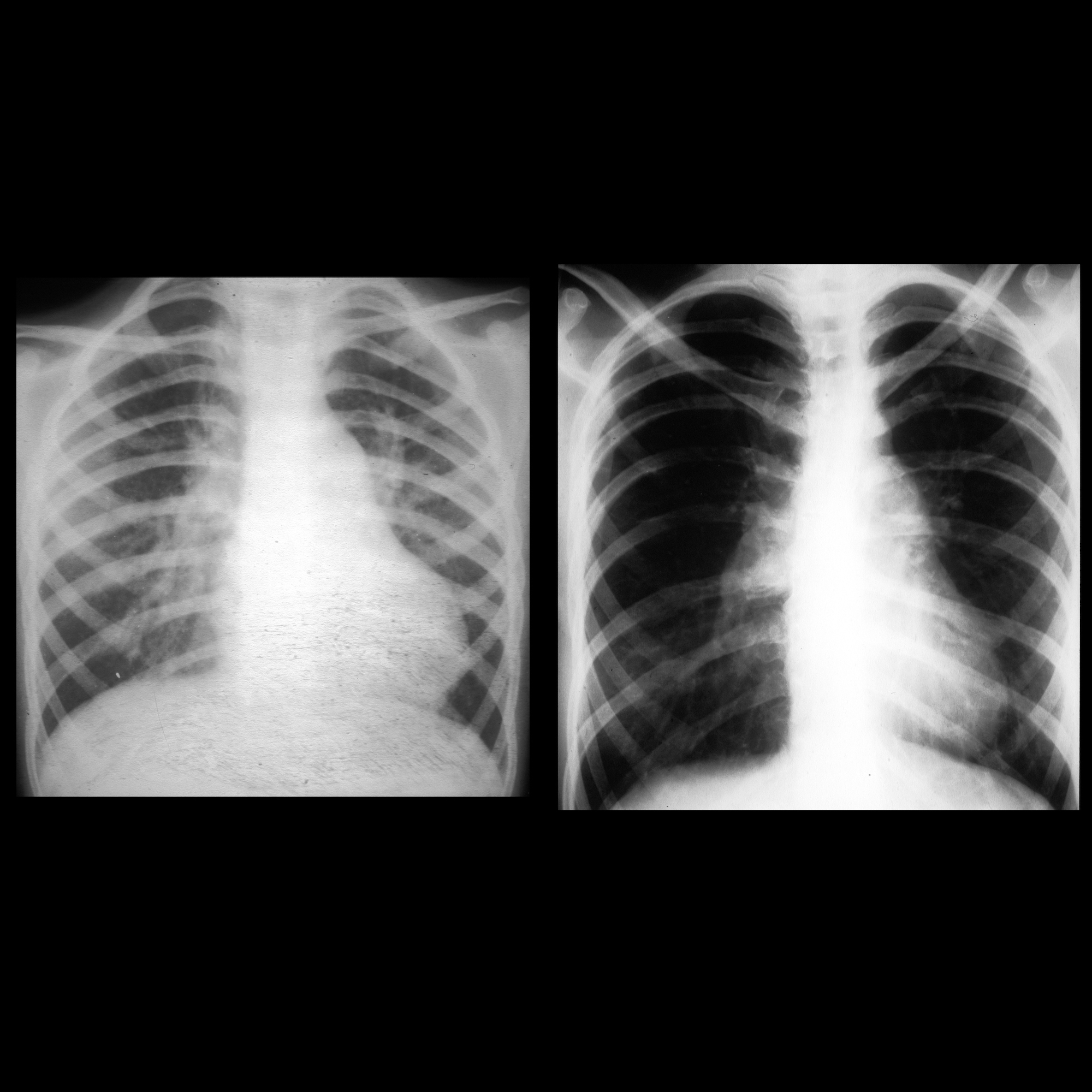 Ventricular septal defects (VSD) represent defects in the interventricular septum that allow a hemodynamic communication between the right and left ventricles. It typically results in a left-to-right shunt.

Clinical presentation varies depending on the size and resultant severity of the VSD . Small lesions with minimal shunting may be asymptomatic, however may have a loud harsh pansystolic murmur heard on precordial auscultation over the left sternal border . Larger lesions, in comparison, may cause signs of heart failure such as exertional dyspnea, raised jugular venous pressure, hepatomegaly, peripheral edema, or failure to thrive in pediatric patients, but may have a very soft murmur .

While small VSDs will remain electrocardiographically occult, larger defects will classically demonstrate some of the following features :

Classification according to location

A VSD can occur on its own but frequently tends to occur with other cardiovascular associations:

The chest radiograph can be normal with a small VSD. Larger VSDs may show cardiomegaly (particularly left atrial enlargement although the right and left ventricle can also be enlarged). A large VSD may also show features of pulmonary arterial hypertension, pulmonary edema, pleural effusion, and increased pulmonary vascular markings.

Allows direct visualization of the septal defect; a transthoracic parasternal short axis at the level of the aortic valve is typically the view of choice for differentiation between supracristal and perimembranous defects, whereas apical and subcostal windows are preferred for muscular defects .

Specific features sought after include:

CTA with ECG-gating allows direct visualization of the defect. Large VSD's may be seen on non-gated studies.

May also show added functional information (e.g. quantification/shunt severity) in addition to anatomy. Some muscular defects can give a "Swiss cheese" appearance owing to their complexity.

The prognosis is good for small VSDs which show a high spontaneous intrauterine or postnatal closure rate. VSDs usually do not cause any hemodynamic compromise in utero due to the right and left ventricular pressures being very similar during that period.