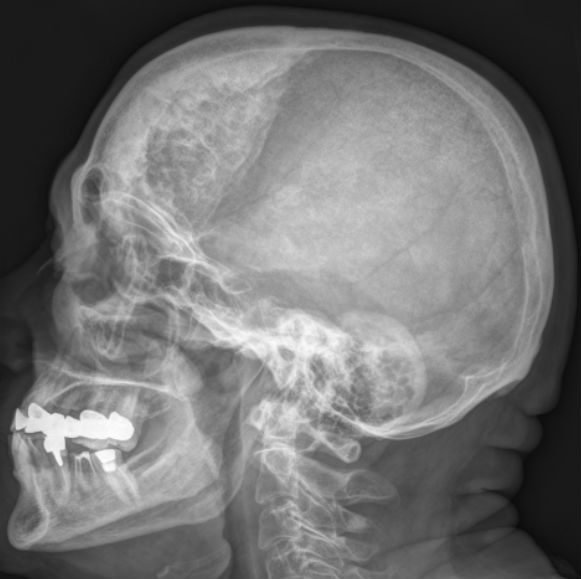 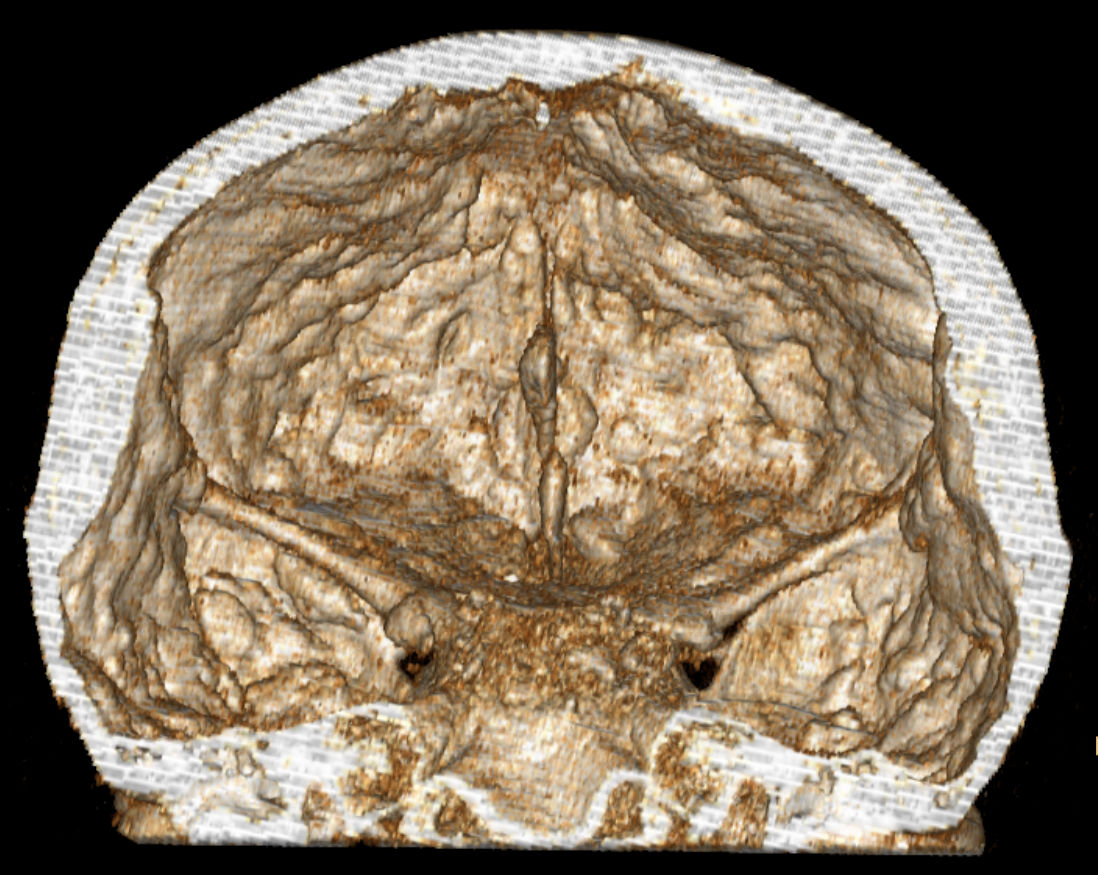 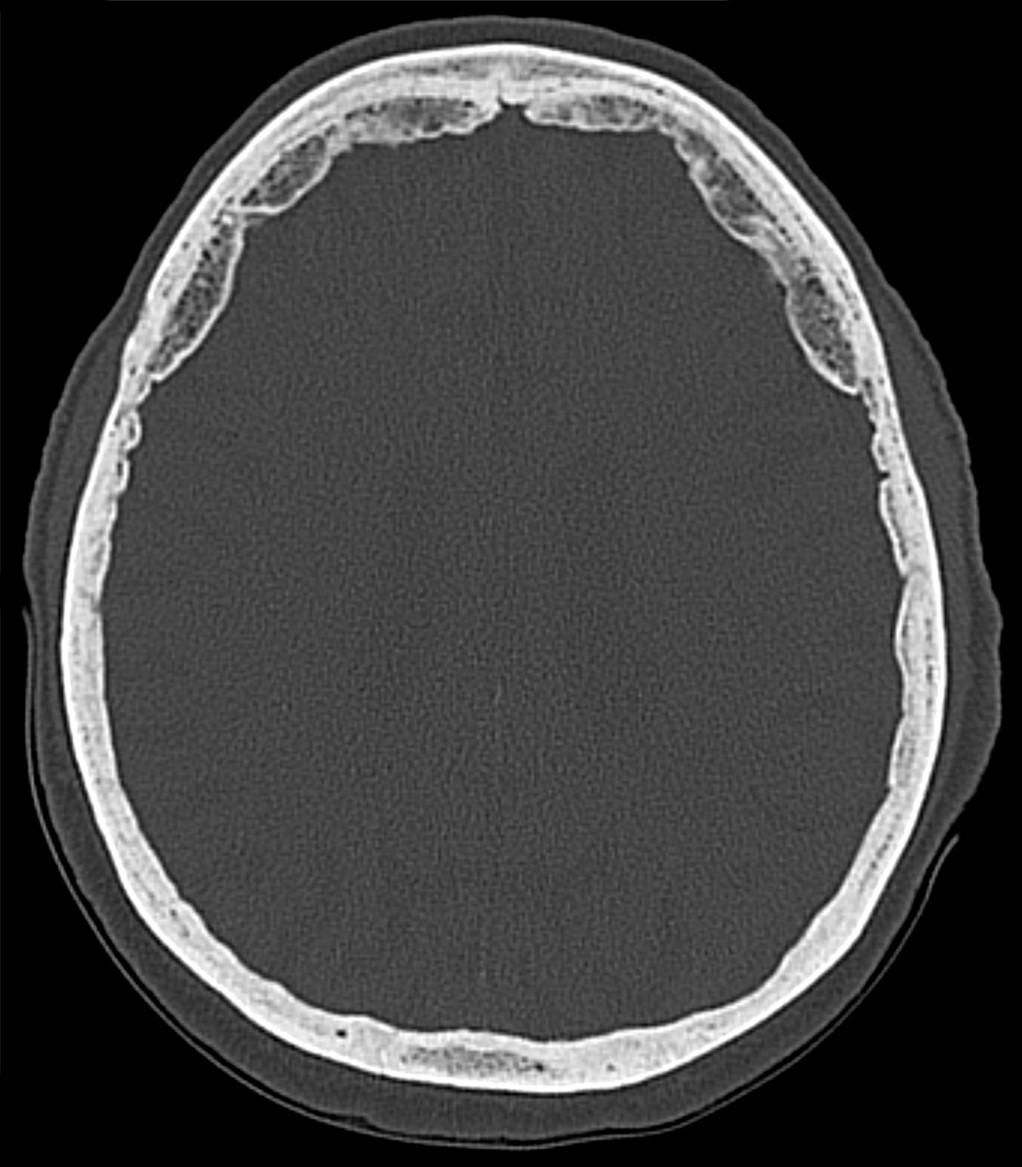 Hyperostosis frontalis interna is characterized by benign overgrowth of the inner table of the frontal bone. The etiology is unknown. The condition is generally of no clinical significance and an incidental finding. It is typically bilateral and symmetrical and may extend to involve the parietal bones. The skull thickening may be sessile or nodular, and may affect the bone in a focal or diffuse manner.

The importance of this condition stems mainly from the necessity of not mistaking it for pathology (see below).

Post mortem studies report a prevalence of 12% . It is most common in women over the age of 65 with 87% of severe hyperostosis frontalis interna occurring in this cohort of patients .

As hyperostosis frontalis interna is usually an incidental finding of no clinical significance patients are generally asymptomatic. Compression by calvarial thickening may lead to cerebral atrophy and may present with cognitive impairment, neuropsychiatric symptoms, headaches and epilepsy .

The etiology and pathogenesis are not well understood although many theories have been proposed. These include a genetic predisposition, angiosomes of numerous vascular anastomoses on the frontal bone of the calvaria and the estrogen theory . Nodular endocranial remodeling may result in compression of the cerebrum.

Hyperostosis frontalis interna is classified into four grades of severity based on Hershkovitz's morphological and histopathological findings . The Hershkovitz classification was modified to include a fifth grade of severity after a cadaveric study in 2011 described hyperostotic findings at the falx cerebri .

It was first described in 1719 by Morgagni as a pathology accompanying virilism and obesity .

It is part of the triad of Morgagni syndrome and may be encountered in a number of other syndromes :

The differential is that of hyperostosis of the skull and includes: