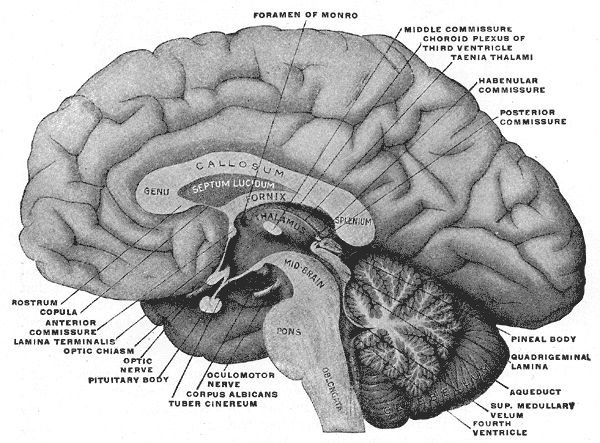 The interventricular foramen, also known as foramen of Monro, is part of the ventricular system and the connection between the third ventricle and the lateral ventricle.

These paired foramina allow for the flow of cerebrospinal fluid between lateral ventricles and third ventricle, and effacement or blockage results in non-communicating obstructive hydrocephalus.

Each foramen of Monro lies between the roof and anterior wall of the third ventricle behind the column and body of the fornix and anterior to the thalamus .

A number of structures pass through each foramen (in addition to CSF) :

The structure was named after the Scottish physician Alexander Monro (1733-1817), who first described it in 1783 . It should be noted, however, that in his description he acknowledges that these communications were known about and previously described as far back as Galen, and this is another example of Stigler law of eponymy .

To be precise, it should also be noted that the individual who described the foramen is Alexander Monro secundus (the second). His father and his son were both also called Alexander Monro (primus and tertius respectively) and all three of them held the chair of anatomy at the University of Edinburgh .