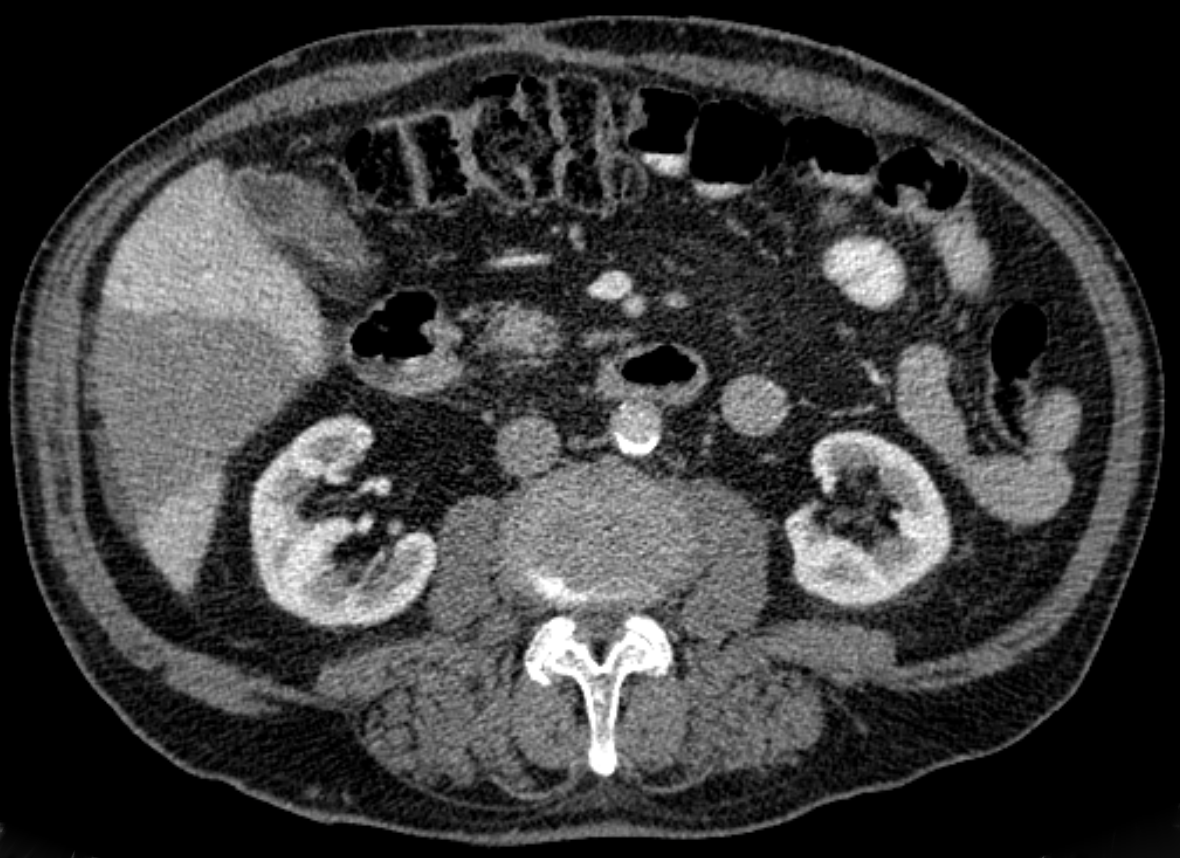 Most cases are seen after liver transplantation or hepatobiliary surgery. Non-transplant cases are mostly caused by :

Clinically, these patients present with abdominal pain, nausea, vomiting and abnormal liver function tests . Most of the time, infarction is a peripherally located wedge-shaped area, however it can be centrally or round or oval shape .

Differentiation between gas within sterile infarcted area and abscess formation by imaging is impossible and fine needle aspiration is needed .

Typically infarction presents as an ill-defined wedge-shaped area of hypoattenuation which is mostly peripheral without mass-effect on adjacent structures in post-contrast images .

On MRI imaging, regions of hepatic infarction appears as hypointense lesion on T1 imaging, with hyperintensity on T2 imaging .