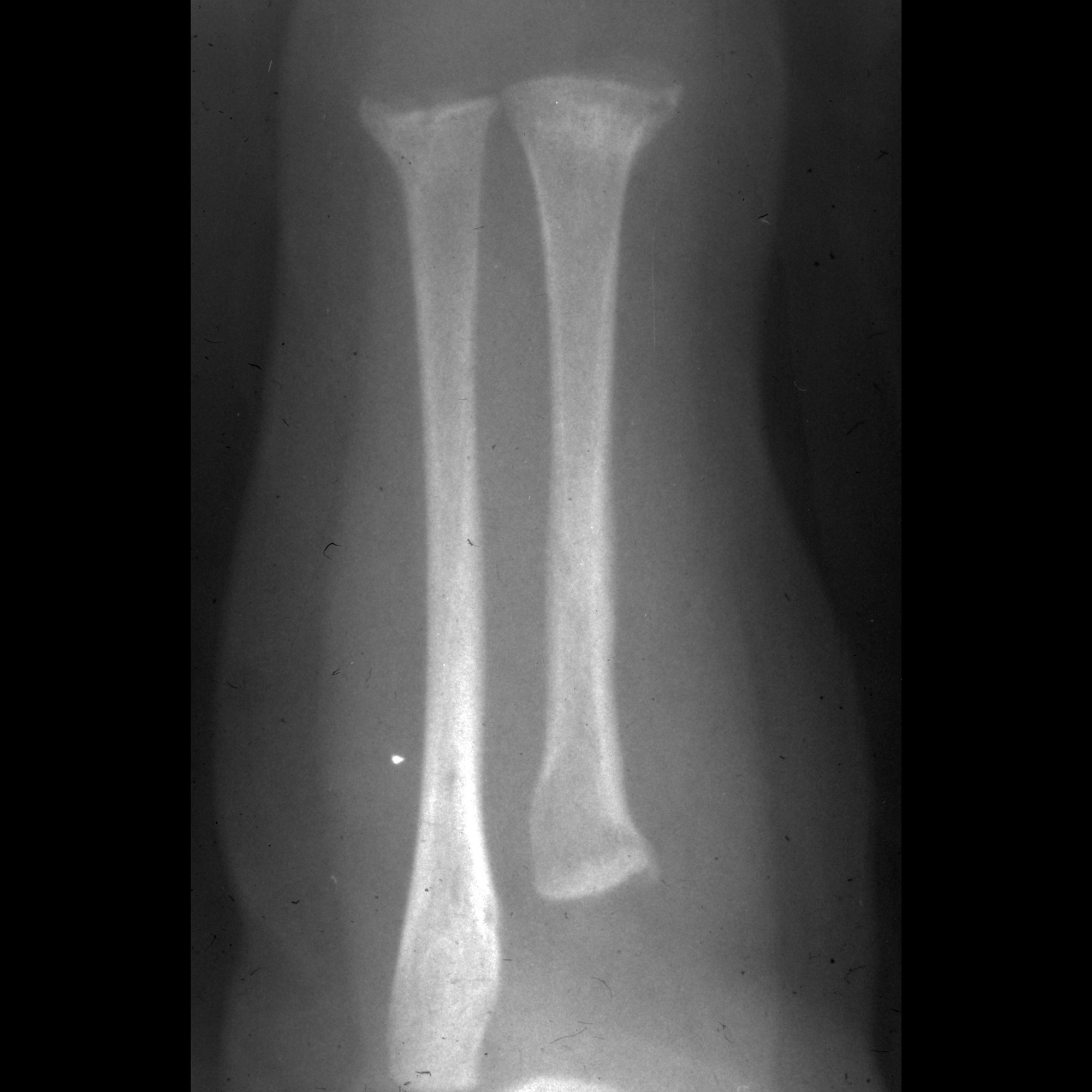 Toddler who
fell. AP radiograph of the forearm shows metaphyseal widening of the distal radius and ulna.The diagnosis was Menkes disease.
pediatricimaging.org • CC-by-nc-sa 4.0 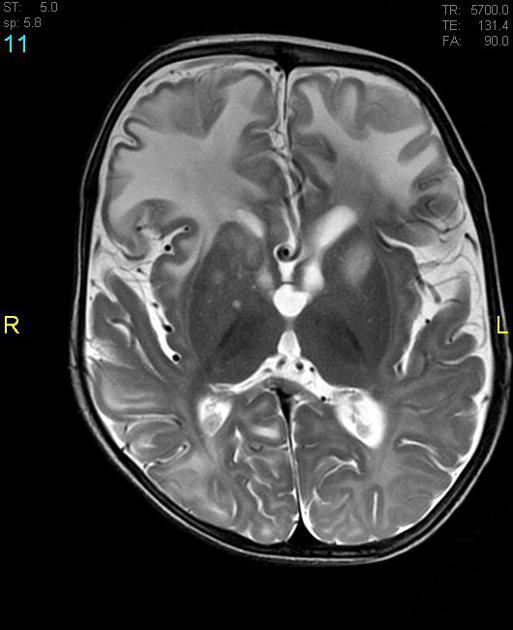 Menkes disease, also known as trichopoliodystrophy or kinky hair kinky vessel syndrome, is an X-linked recessive disorder that results in a derangement in copper handling. It results in low copper levels and subsequently, deficiency in copper-dependent mitochondrial enzymes.

Their hair may be fine, silvery and brittle (kinky hair) and connective tissue disturbances lead to doughy skin.

Menkes disease is a multisystem disorder with an X-linked inheritance, caused by mutation of the gene ATP7A located on Xq13.3. Two-thirds of patients have a positive family history, while the other one-third of patients have spontaneous mutations.

At birth, the brain often appears normal on MR images.

During the course of the disease, however, rapidly developing cerebral and cerebellar atrophy and prominent white matter changes can occur .

It is lethal and the affected males typically die by the time they are aged 2-3 years. A pneumonia or respiratory infection is the usual cause of death. Treatment is mainly supportive.

Menkes disease may mimic non-accidental injury (NAI) with retinal hemorrhage and bilateral subdural hematomas. Hence, prudence is advised in always ruling out NAI, particularly when other intracranial signs of Menkes disease are not seen. In a similar manner, the differential diagnosis also includes glutaric aciduria.