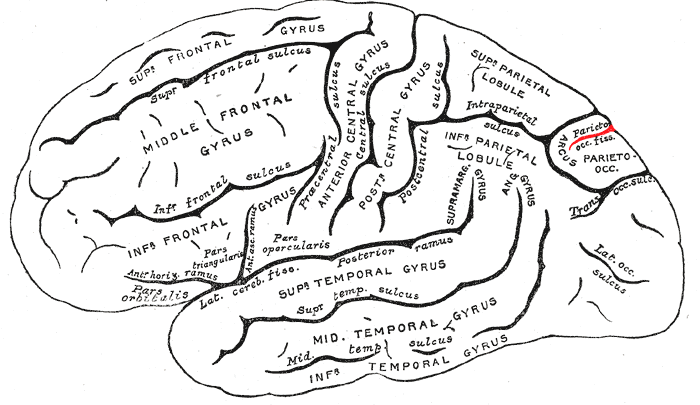 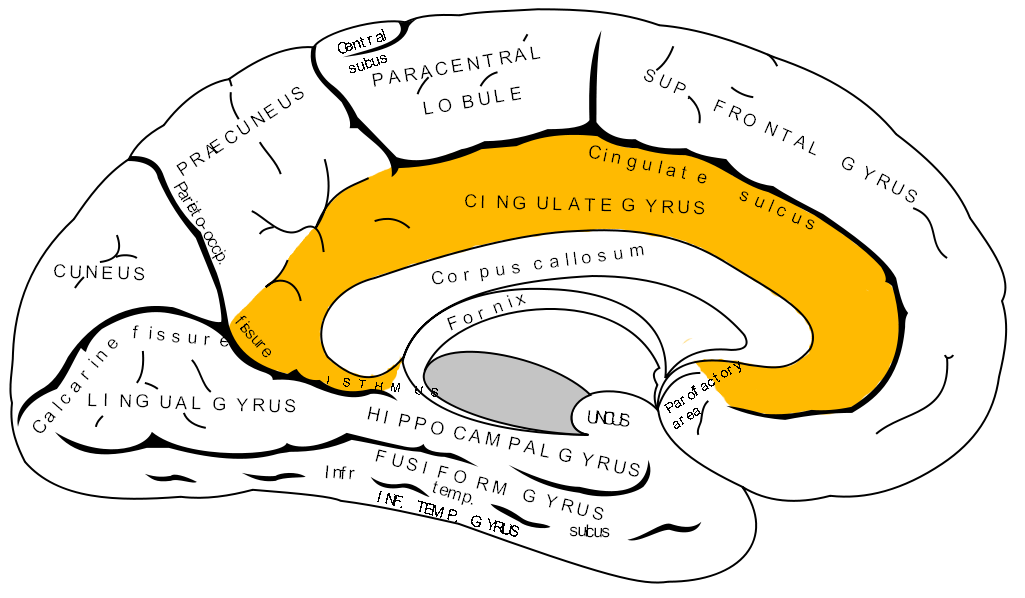 The occipital lobe is the smallest of the four lobes of the brain. It sits posterior to the temporal lobe and parietal lobes, underlying the occipital bone and overlying the tentorium cerebelli. Its most notable functional component is the primary and secondary visual cortex.

The occipital lobe is the smallest lobe accounting for only 18% of the total neocortical volume. The boundaries of the occipital lobe have been arbitrarily defined, giving it a triangular shape . It is separated from the parietal and temporal lobes on the medial surface by the parieto-occipital sulcus and on the lateral side by the lateral parietotemporal line, a near vertical imaginary line extending from the preoccipital notch of the temporal lobe superiorly to the parieto-occipital sulcus. Medially, it is confined by the medial longitudinal fissure which divides both cerebral hemispheres. The tentorium cerebelli forms its inferior border and the occipital bone its posterior margin.

The occipital lobe is concerned with visual processing and is composed of three Brodmann areas:

The occipital lobe has a predictable medial gyral anatomy.

The lateral surface of the occipital lobe is highly variable, reflected by the literature which is either vague or contradictory. As such, care must be taken in using specific anatomical terms as readers may have a different interpretation of the same anatomy.

The simplest description, which conforms to the sulcal pattern found in the frontal and temporal lobes, unfortunately, is only present in approximately two-thirds of cases . When present the lateral surface is divided into three roughly parallel gyri (superior, middle and inferior occipital gyri) by two transverse occipital sulci (referred to as superior and inferior when both are present).

The following neurological deficits occur with unilateral or bilateral lesions of the occipital lobes :