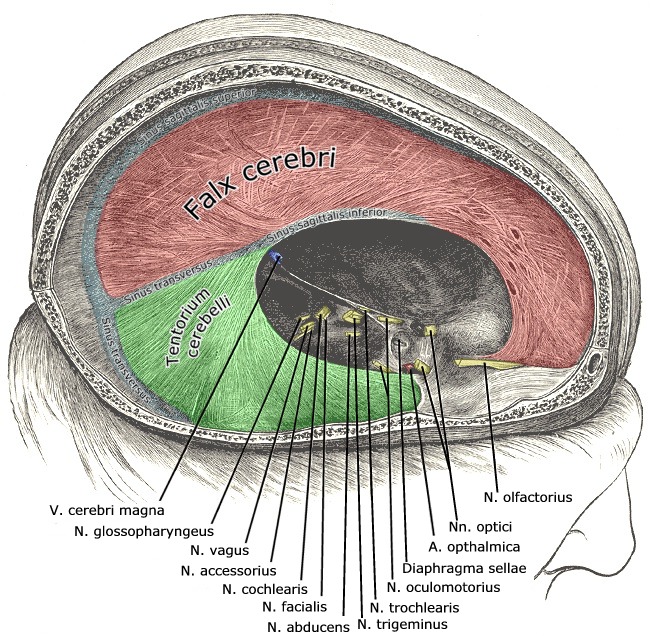 Dura mater
and its processes exposed by removing part of the right half of the skull, and the brain.
Wikipedia • Public domain

The tentorium cerebelli (plural: tentoria cerebellorum) is the second largest dural fold after the falx cerebri. It lies in the axial plane attached perpendicularly to the falx cerebri and divides the cranial cavity into supratentorial and infratentorial compartments . It has free and attached margins .

The tentorium cerebelli is attached to the falx cerebri at its midline, and this attachment contains the straight sinus. This attachment is more superior than its anterolateral and posterolateral attachments giving it a "tented" appearance .

The anterolateral margin attaches to the superior border of the petrous part of the temporal bone. This margin lies inferior to the tentorial notch and extends anteriorly to attach to the posterior clinoid process and contains the superior petrosal sinus .