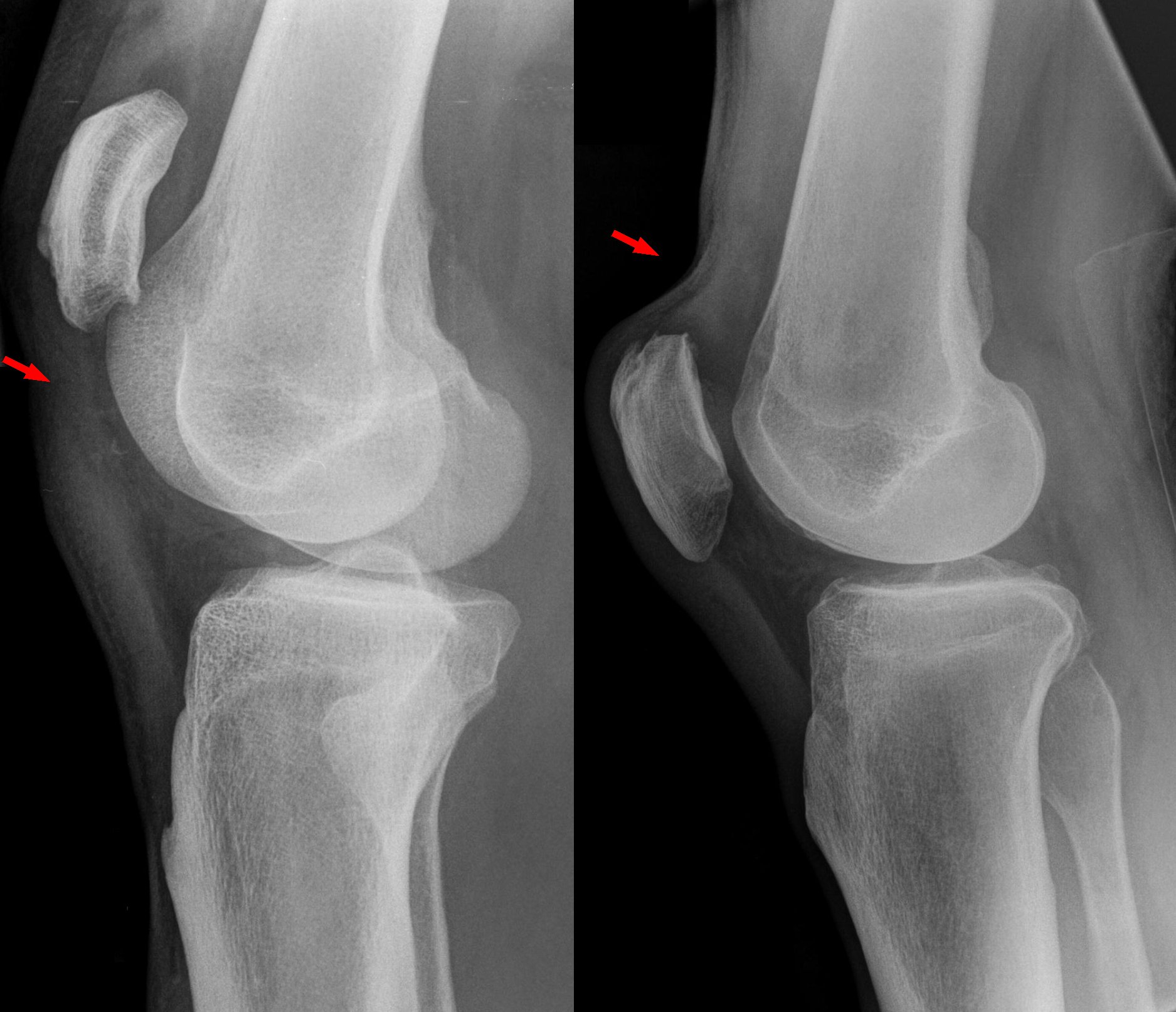 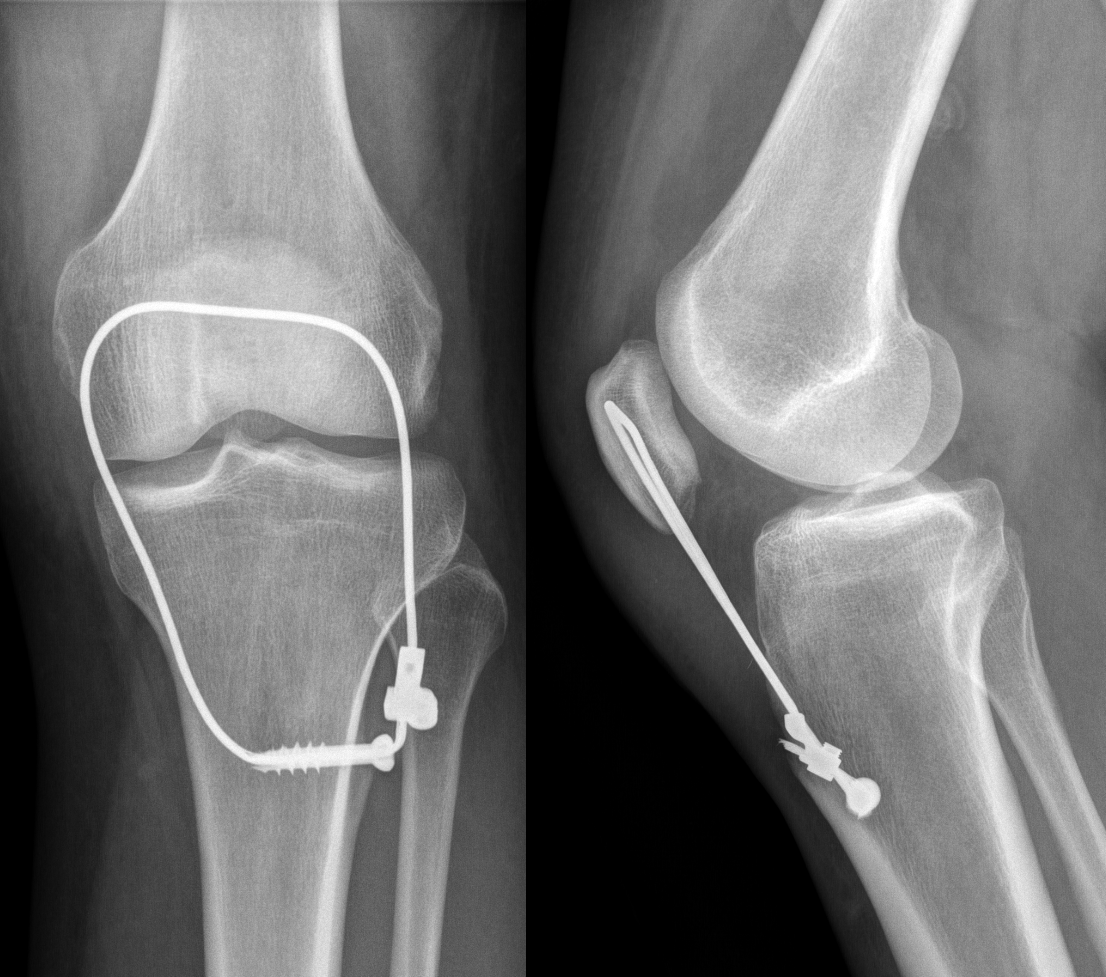 Patellar tendon rupture is one of the extensor mechanism of the knee injuries and occurs almost invariably at either the patellar or tibial insertion of the patellar tendon, when in the setting of trauma, and is often associated with a small avulsion fracture. Most commonly, it is at the superior attachment to the inferior pole of the patella. When secondary to systemic illness, then mid-substance tears are more frequent.

Patellar tendon rupture is less frequent than a patellar fracture and a quadriceps tendon rupture, and tends to occur in a younger population.

On imaging, a complete rupture is usually easily identified, due to significant patella alta where there is an increased Insall-Salvati ratio.

Other features include blurring of the posterior margin of the patella tendon into the Hoffa fat pad and presence of an avulsion fracture.

Best imaged with longitudinal scans using high-frequency linear transducers; the tendon normally appears as a continuous well-defined hyperechoic fibrillar structure bridging the patella and the tibial tuberosity while tears usually appear as hypoechoic areas of interruption of the fibrillar pattern .