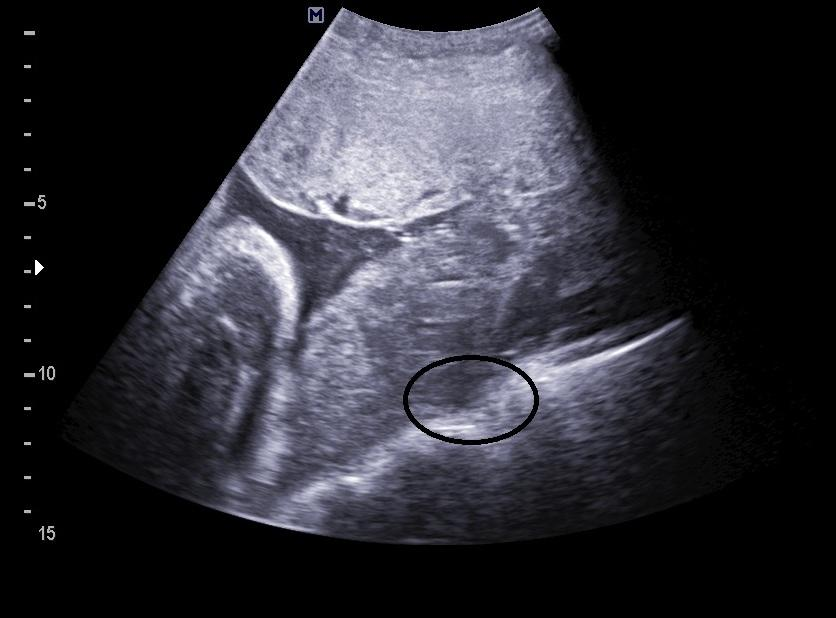 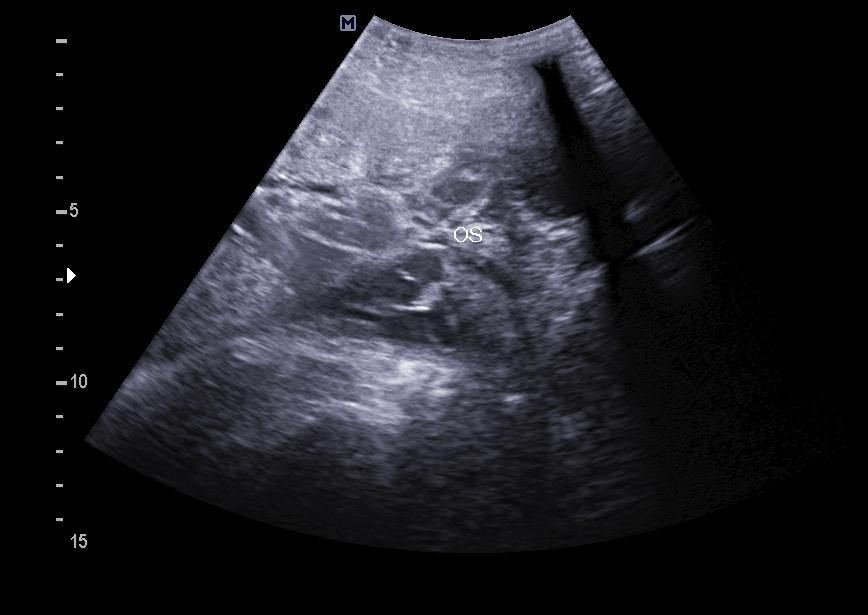 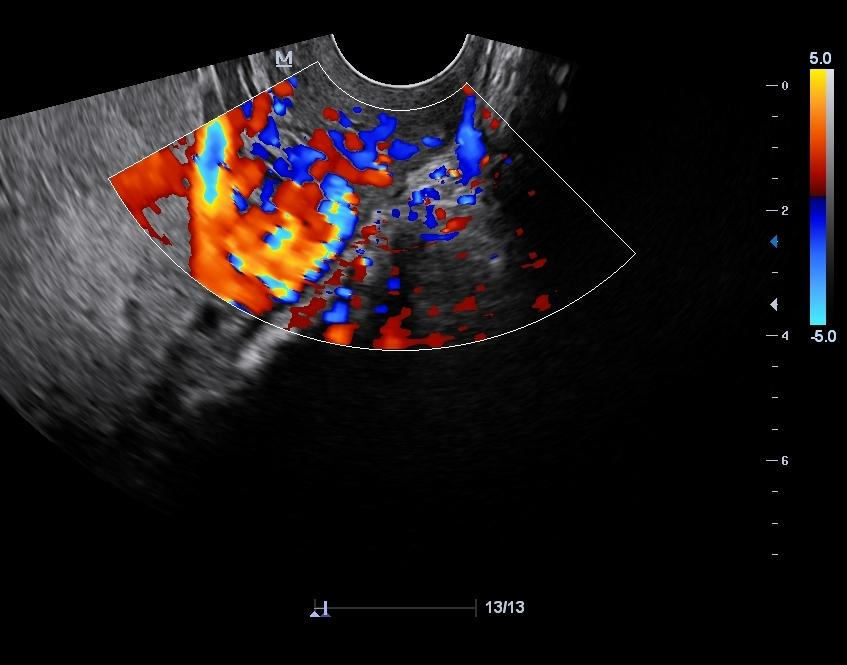 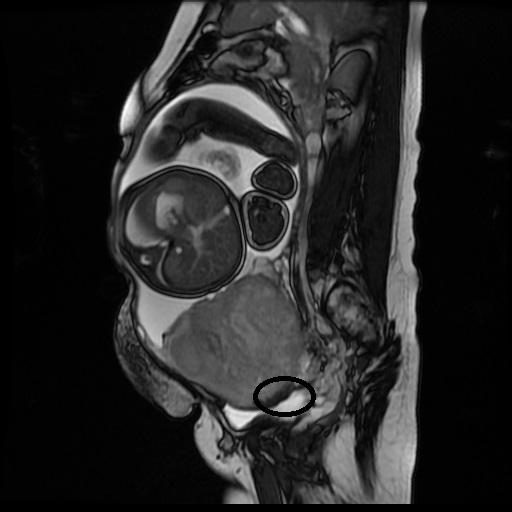 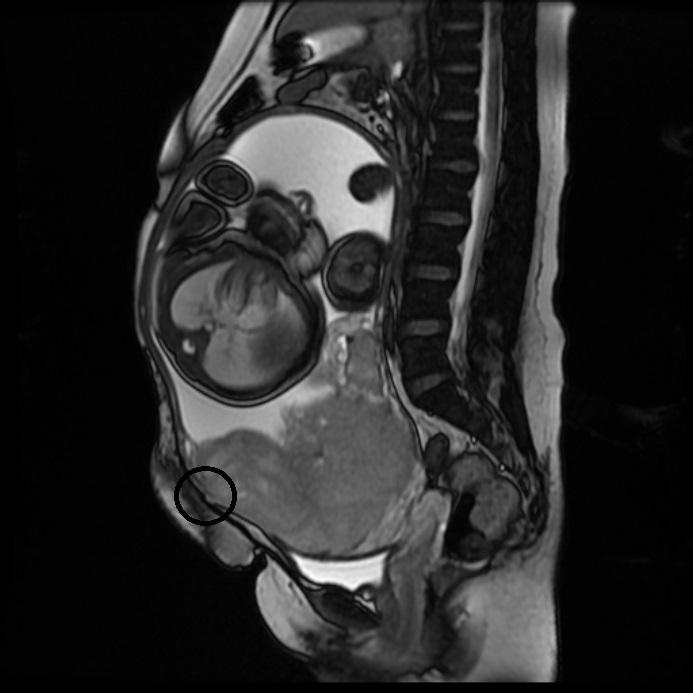 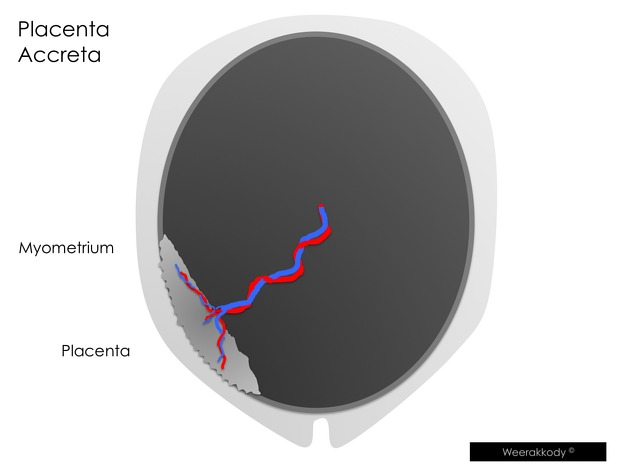 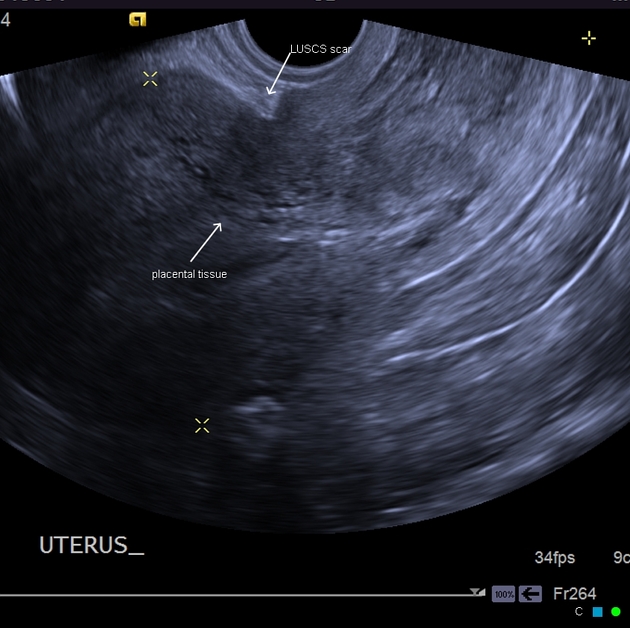 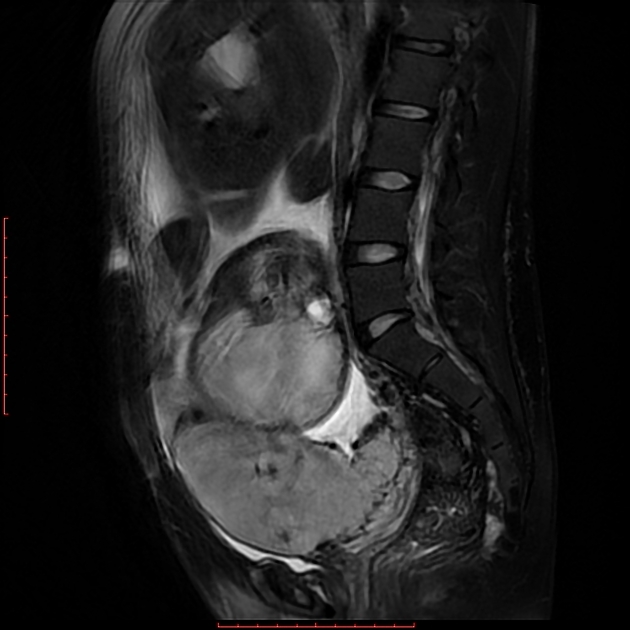 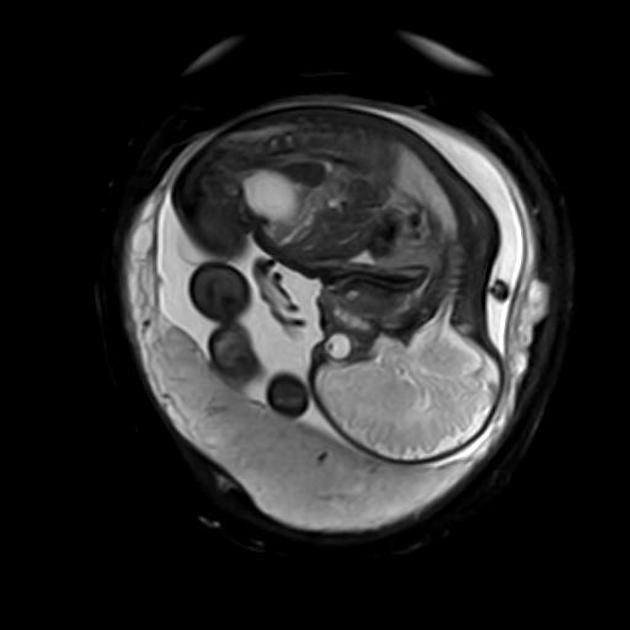 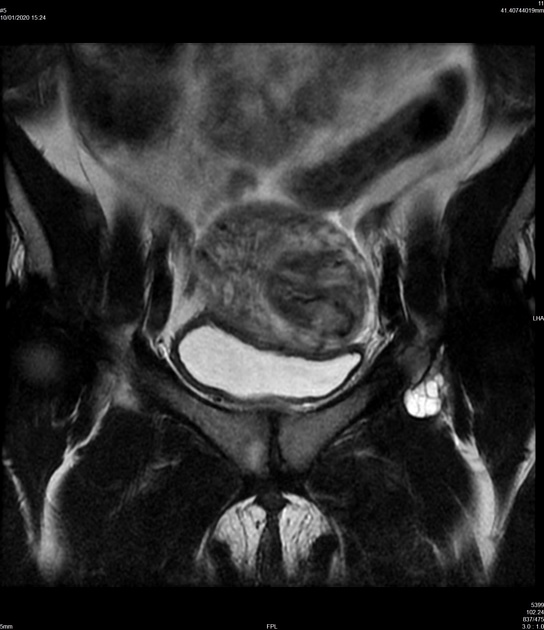 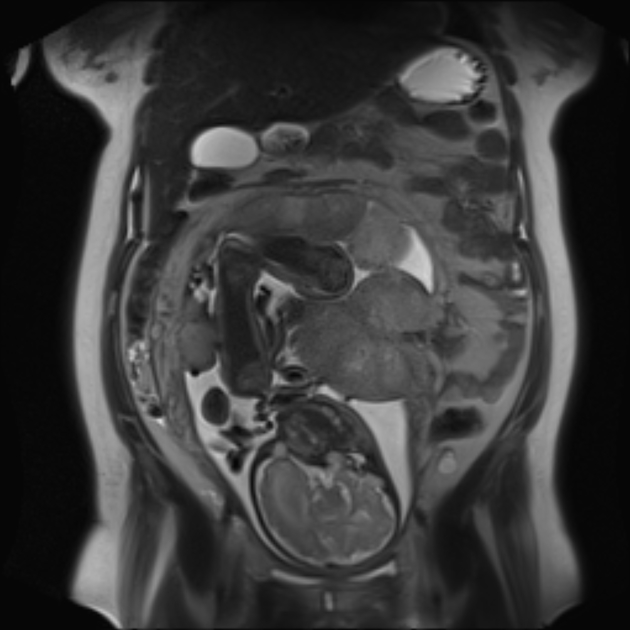 In a placenta accreta, the placental villi extend beyond the confines of the endometrium and attach to the superficial aspect of the myometrium but without deep invasion.

It is the most common form of placental invasion (~75% of cases). It is thought to occur in approximately 1 in 7,000 pregnancies. The incidence is increasing due to the increased practice of cesarean sections. The combination of a previous cesarean section and an anterior placenta previa should raise the possibility of a placenta accreta. This disease has maternal mortality of up to 7% depending on location.

The abnormal implantation is thought to result from a deficiency in the decidua basalis, in which the decidua is partially or completely replaced by loose connective tissue. In a placenta accreta, chorionic villi and/or cytotrophoblasts directly attach to the myometrium with little or no intervening decidua.

Accurate prenatal diagnosis of placenta accreta is vital because this abnormality is an important cause of significant hemorrhage in the immediate post-delivery period with resultant maternal and fetal morbidity and mortality. However, the diagnosis is not often made prospectively.

Several sonographic criteria for the diagnosis of placenta accreta have been reported:

When a placenta accreta occurs on the posterior or lateral walls of the uterus, it may be difficult to detect by ultrasound.

The demonstration of uterine bulging and loss of normal uterine contour.

In certain instances, however, conservative treatment may be used, especially if uterine preservation is desired. Conservative measures include curettage, oversewing of the placental bed, and ligation of the uterine arteries or the anterior divisions of the internal iliac arteries.