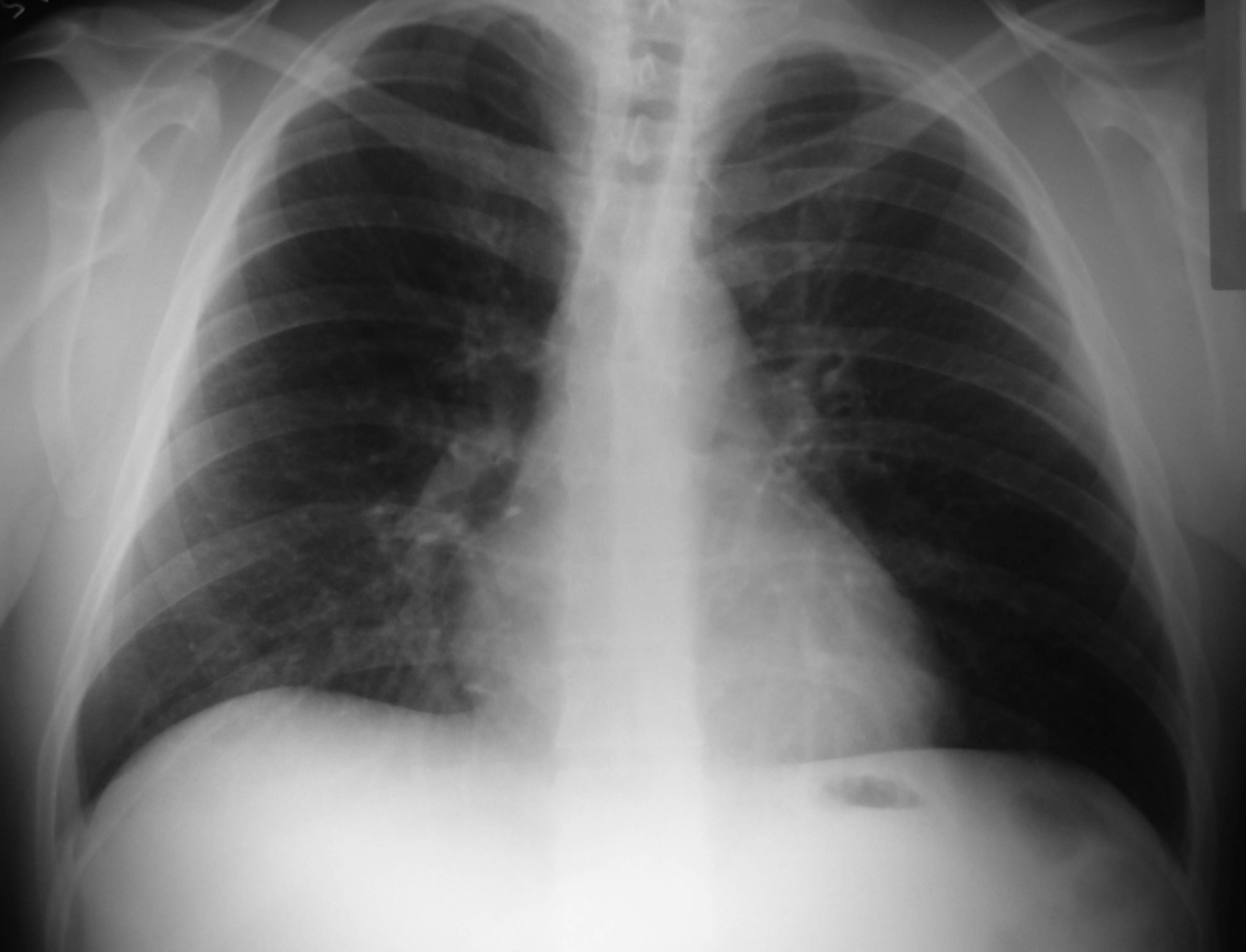 Poland syndrome refers to a congenital unilateral absence of the pectoralis major and minor muscles and is a recognized cause of unilateral hyperlucent hemithorax.

Poland syndrome is usually sporadic, although rare familial cases have been described . It is rare, with an estimated incidence of 1:36,000-50,000 . There does not appear to be a side or gender predilection.

Although rare, an association with Möbius syndrome has been described (thus Poland-Möbius syndrome) as well as with morning glory syndrome and Pierre-Robin syndrome .

The abnormality is usually evident at birth due to an asymmetry of the chest and frequent and ipsilateral abnormalities, most frequently syndactyly . Spectrum of abnormalities includes:

No definite cause has as yet been identified, although it is thought to result from an isolated vascular insult in early gestation (involving embryonic subclavian and vertebral arteries).

May be seen as hypoplasia of the breast or the pectoralis major muscle (thus absent on MLO view).

On chest radiographs, Poland syndrome is one of the classic causes for a unilateral hyperlucent hemithorax, and should be considered when other causes do not explain asymmetry of the chest.

The condition is benign and depending on the degree of involvement of the upper extremity may be asymptomatic. Cosmetic reconstructive surgery may be considered (e.g. breast implant).

It was first described by Sir Alfred Poland, English surgeon (1822-1872), in 1841, after he dissected the body of a convict named George Elt at Guy's Hospital .

For hypoplastic breast/absent tissue on one side on mammography, consider: