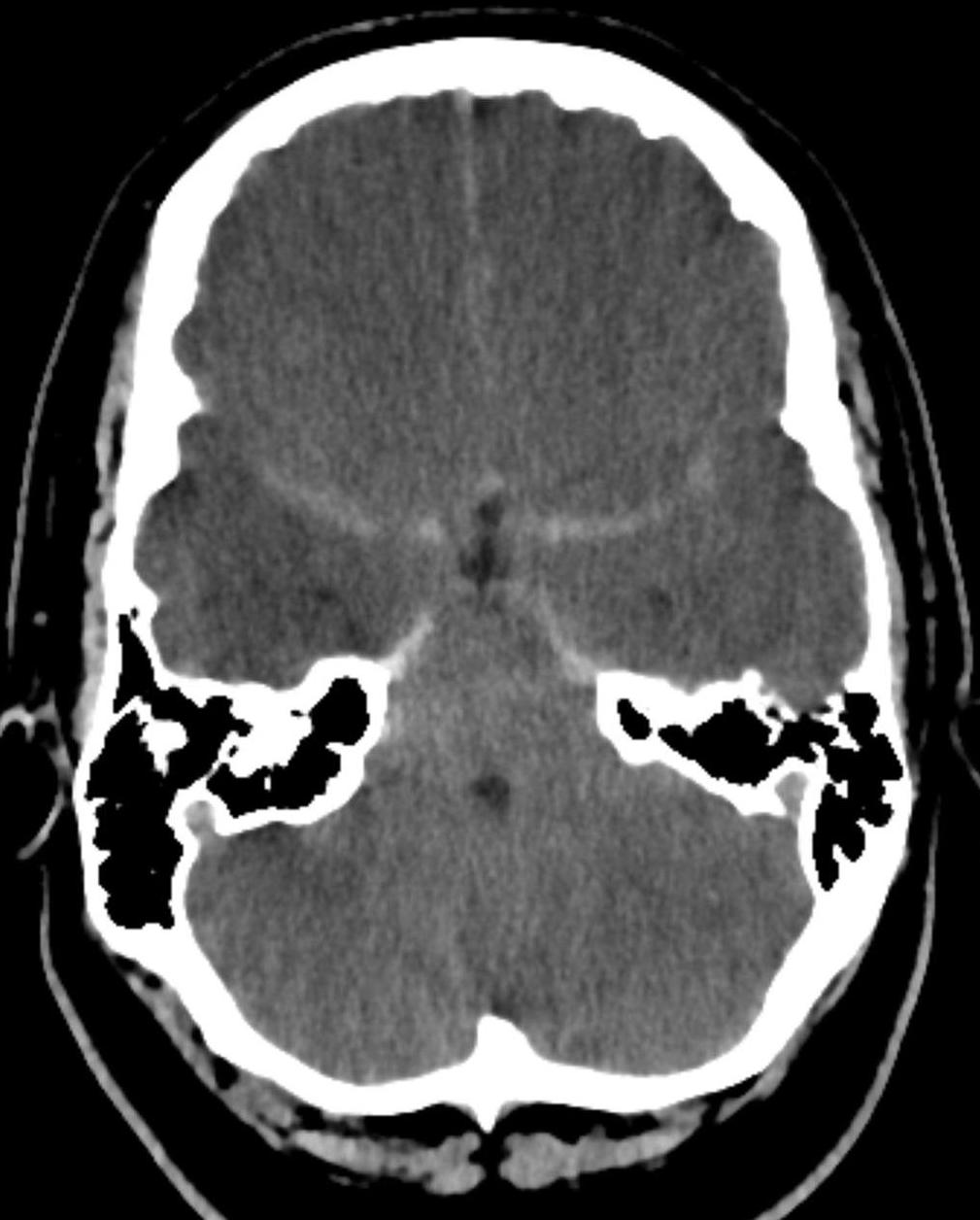 The most common cause is cerebral edema where there is a decrease in parenchymal attenuation and engorgement and dilatation of the superficial venous structures due to an increased intracranial pressure . This is seen in hypoxic-ischemic brain injury and recent resuscitation from cardiopulmonary arrest.

Given et al. reviewed 7 cases of generalized cerebral edema accompanied by increased basal cisternal attenuation which were all found not to have subarachnoid blood at lumbar puncture or autopsy .