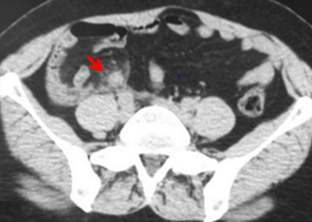 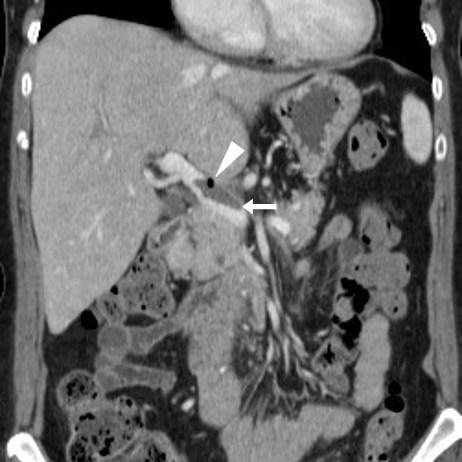 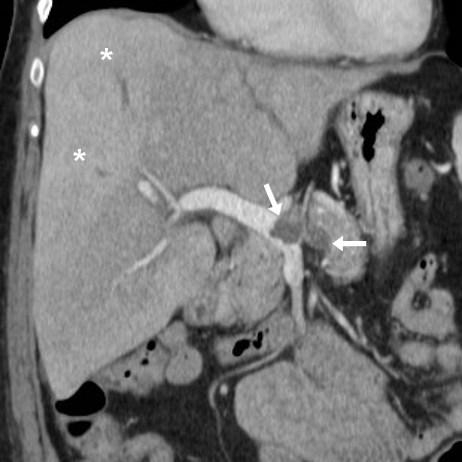 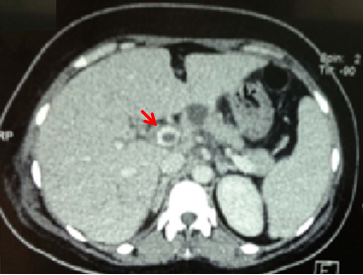 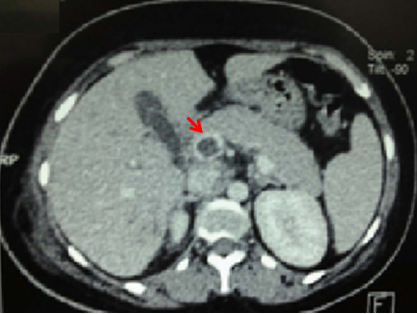 Pylephlebitis, also known as ascending septic thrombophlebitis, is a thrombotic occlusion of the portal vein or its branches secondary to infection in regions that drain to the portal venous system.

Clinical presentation is often vague. Patients may initially present with non-specific abdominal pain, nausea and sepsis in the context of an intra-abdominal infection. Sequelae from hepatic involvement such as jaundice or hepatomegaly may occur in advanced stages.

Thrombosis of the portal circulation rapidly leads to bowel ischemia, necrosis and perforation.

Findings on color duplex sonography include flow defect and dilation or absent compressibility of the portal venous system .

CT is the modality of choice as it may also detect an underlying cause as well as complications such as bowel ischemia or abscess formation. The finding of an endoluminal thrombus causing a filling defect in contrast filled mesenteric veins is diagnostic .

Complications of pylephebitis include thrombus propagation into a mesenteric vein, hepatic abscess, hepatic and splenic infarctions and chronic thrombosis .

Medical management with antibiotics and anticoagulation is the mainstay of therapy.

Mortality with early treatment remains as high as 25% .

Pylephlebitis was initially described by Waller in 1954 as a cause of hepatic abscess found during autopsy.