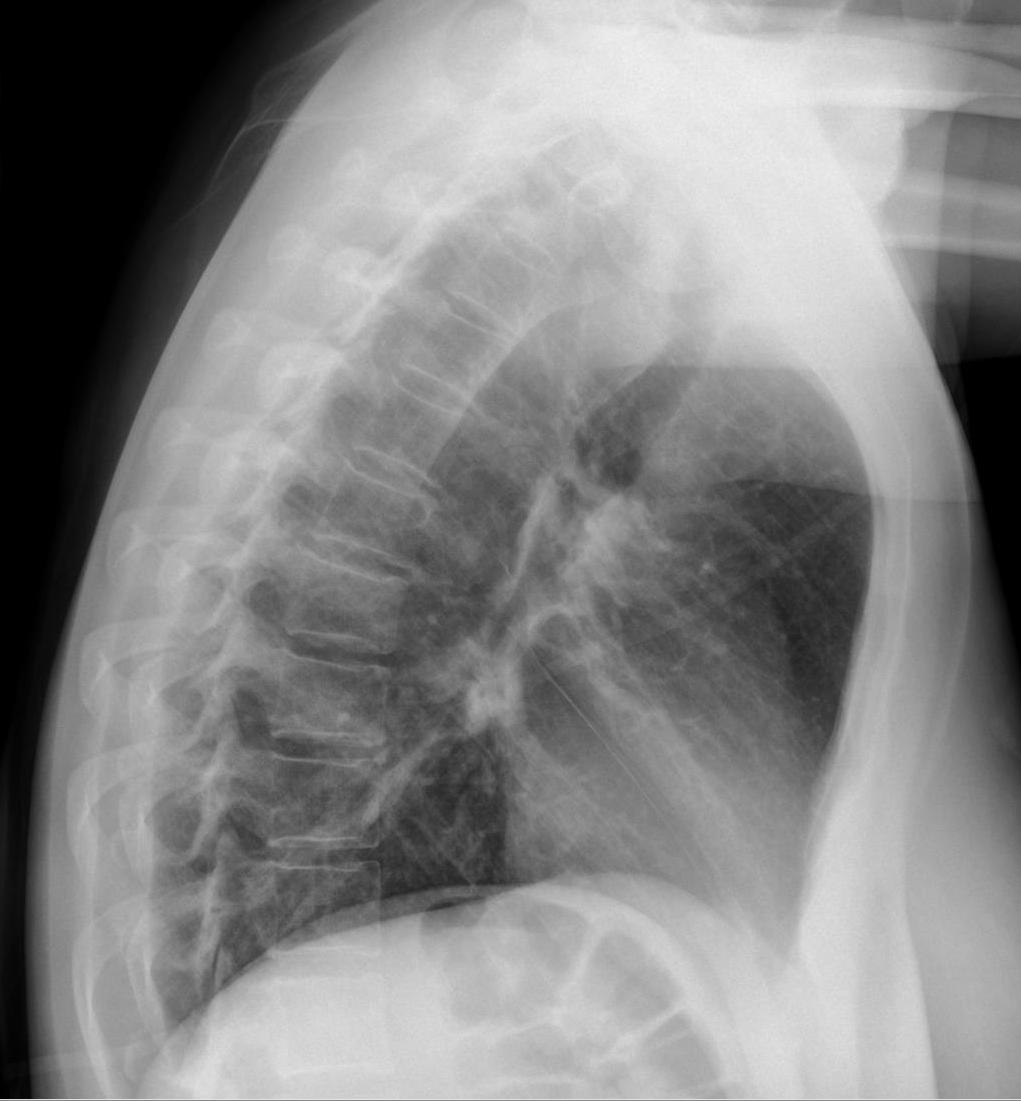 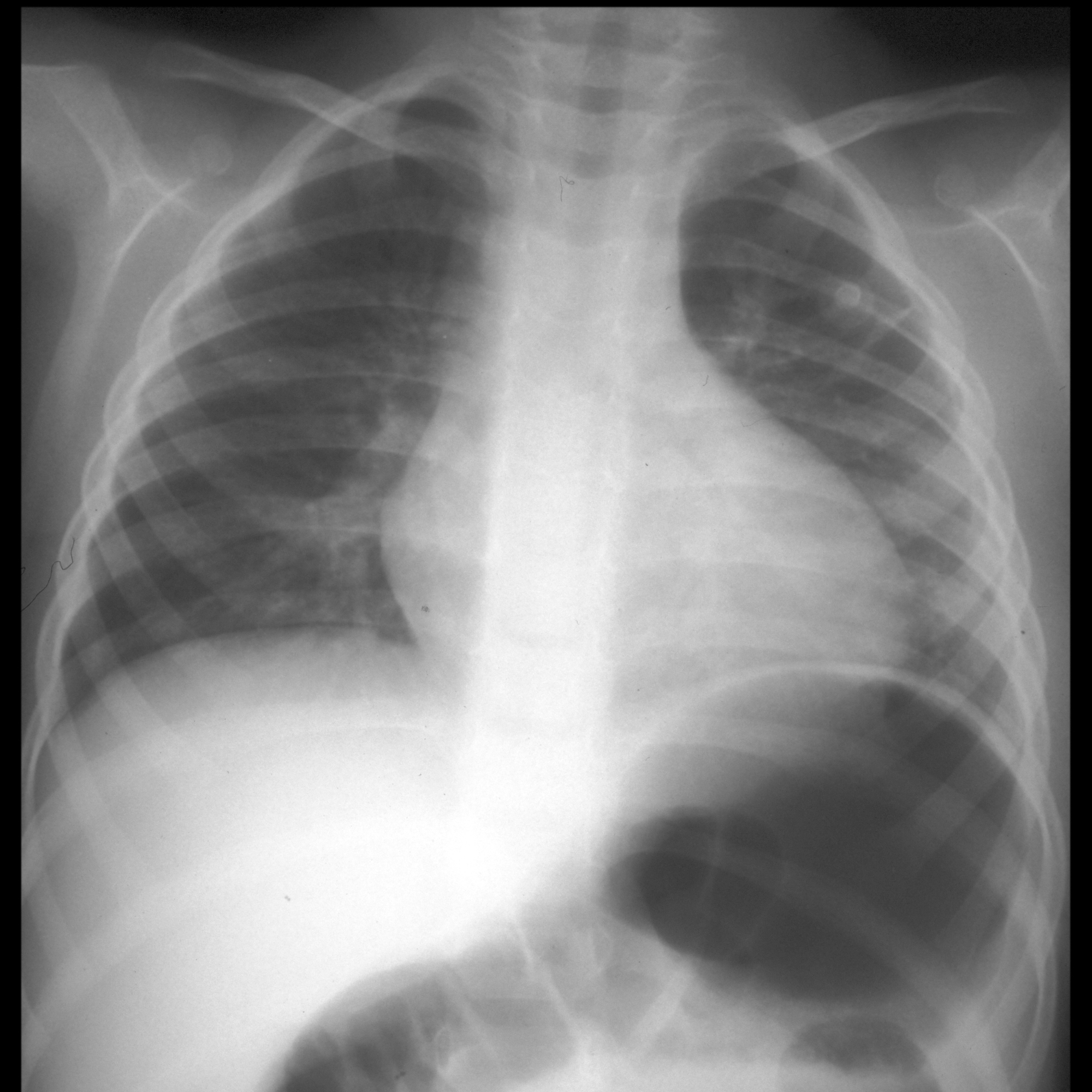 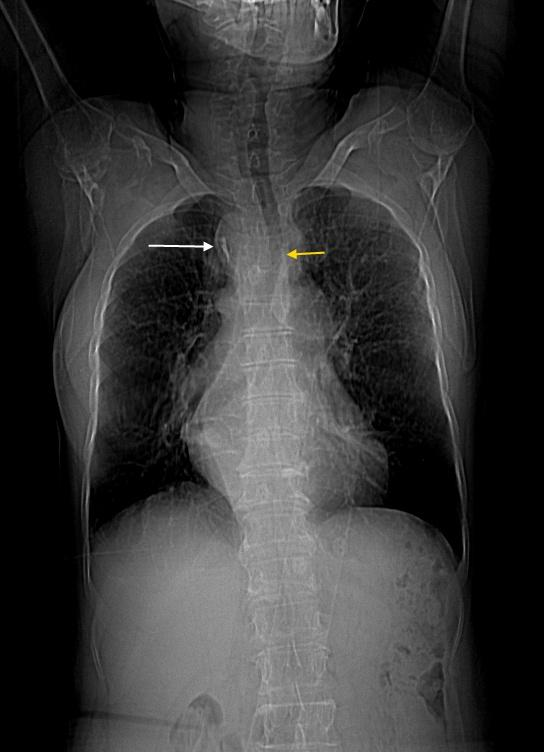 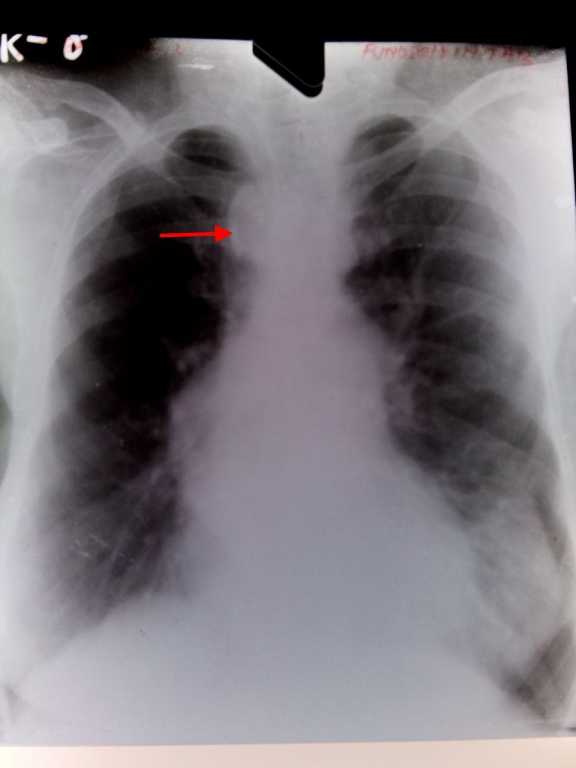 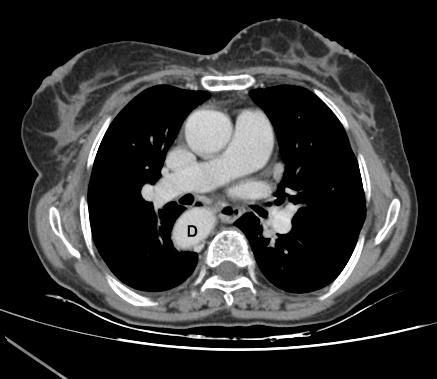 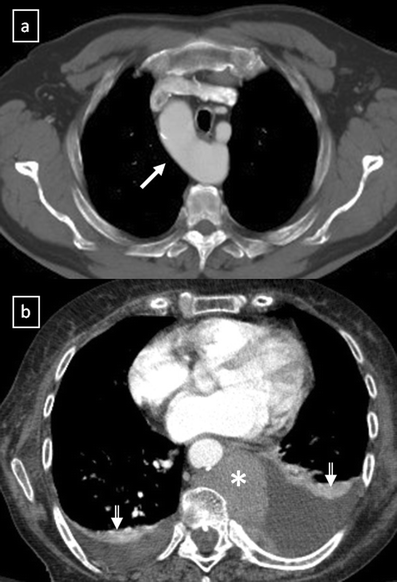 A diagnostic
approach to the mediastinal masses. a Contrast-enhanced CT scan shows a right-sided aortic arch (arrow) in an asymptomatic man with an absence of the aortic knuckle on the left. b Contrast-enhanced CT scan demonstrates a soft tissue posterior mediastinal mass (*) in a 66-year-old woman with multiple myeloma diagnosis. Note the mass effect to the descending aorta and left auricula by the mass and the bilateral pleural effusion (open arrows)
insightsimaging.springeropen.com • CC-by-2.0 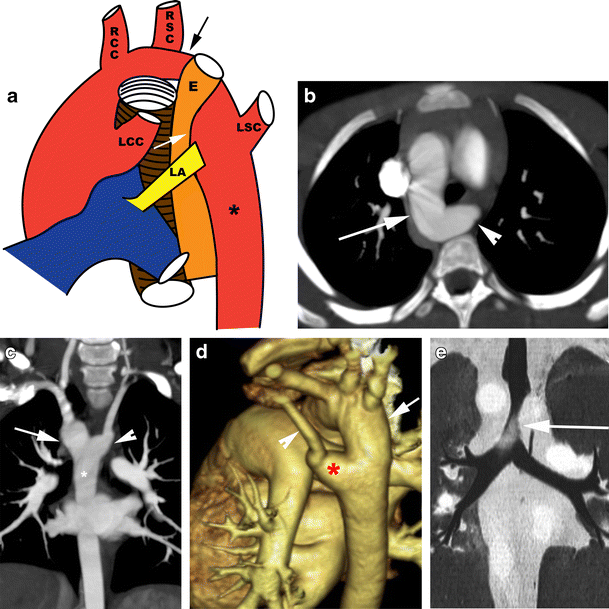 Computed
tomography in the evaluation of vascular rings and slings. Right arch with mirror image branching and a left ductus arteriosus. a Schematic illustration of a right aortic arch with mirror image branching shows a left brachiocephalic artery giving a branch to the left common carotid and left subclavian arteries. b Coronal MIP image and c Volume-rendered 3D image in a patient with a right aortic arch (A) and mirror image branching pattern show a patent ductus arteriosus (white arrow) extending from the left brachiocephalic (L BC) artery to the left pulmonary artery (L PA) forming a ring
insightsimaging.springeropen.com • Open Access

The majority of the patients are asymptomatic and it is discovered incidentally. However, it causes symptoms when associated with other vascular anomalies (vascular ring) due to compression on the esophagus and/or trachea.

Right-sided arches can be divided into at least three types (please note that the numbering of the types varies from publication to publication and as such the abnormality should be described rather than merely numbered) .

The right arch is often seen as high riding and projecting as a mass in the right paratracheal region .

Cross-sectional imaging with CT or MRI allows direct visualization of arch anatomy and with dedicated angiographic techniques (MRA or CTA) excellent demonstration of the lumen can be achieved.