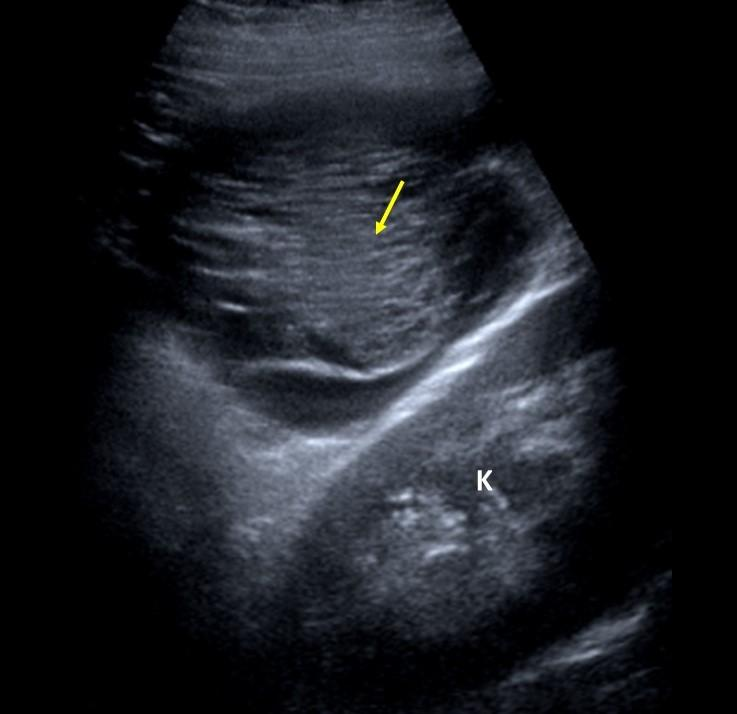 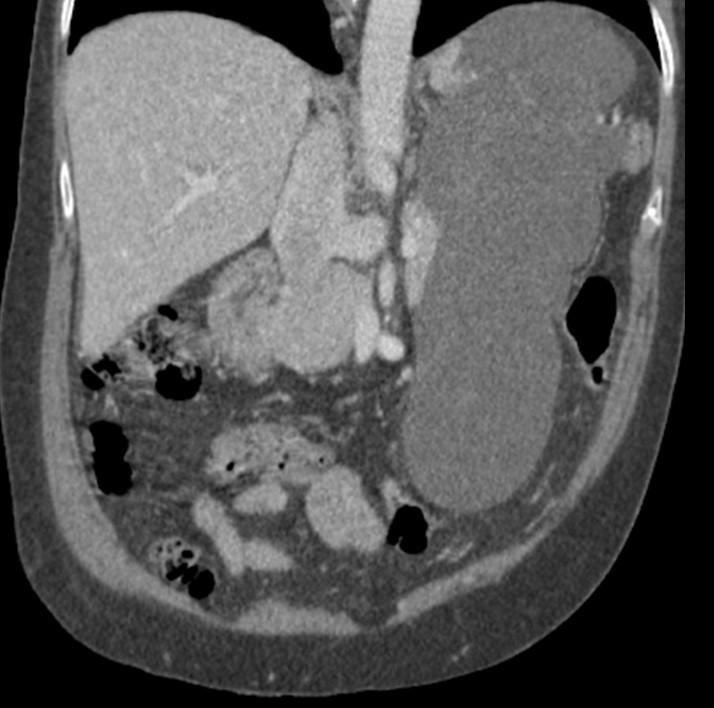 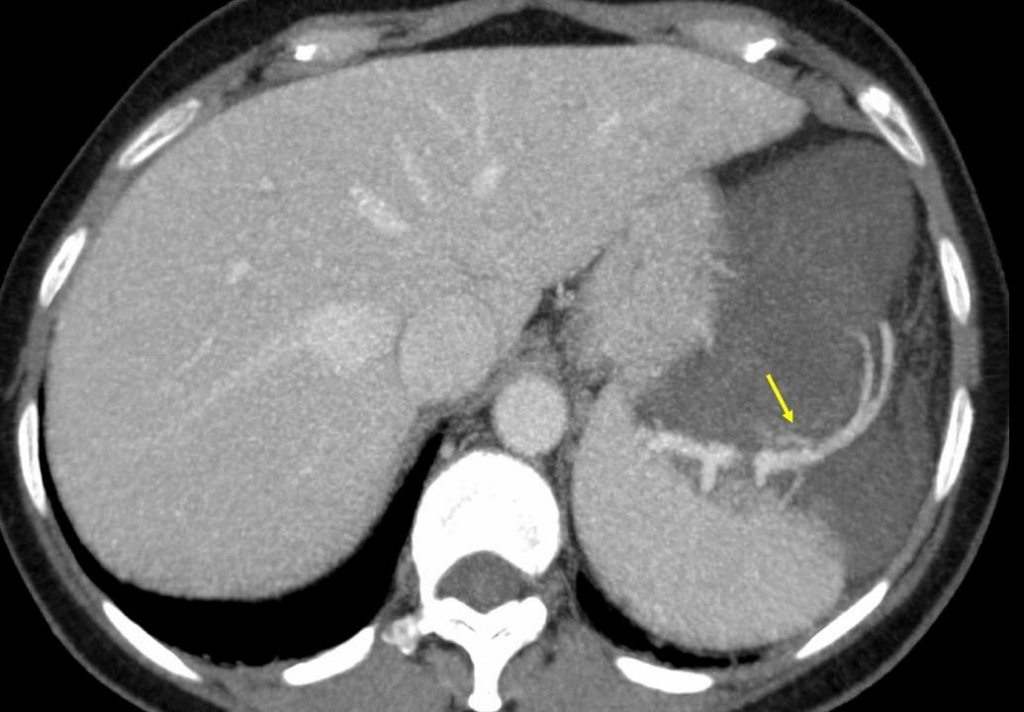 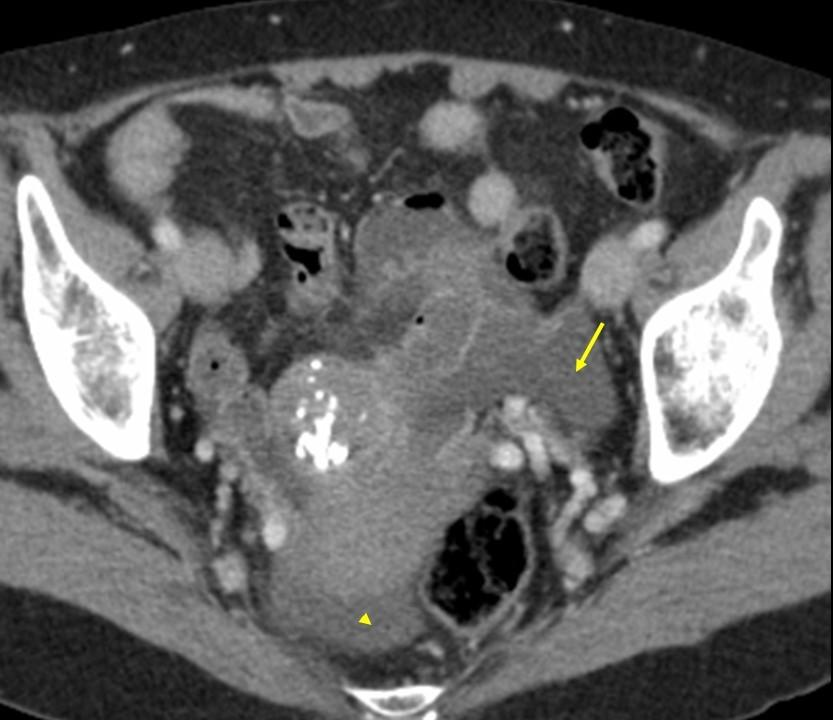 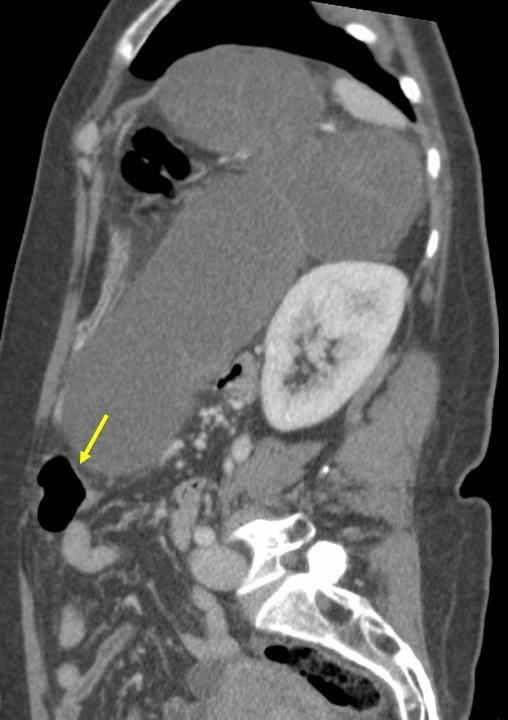 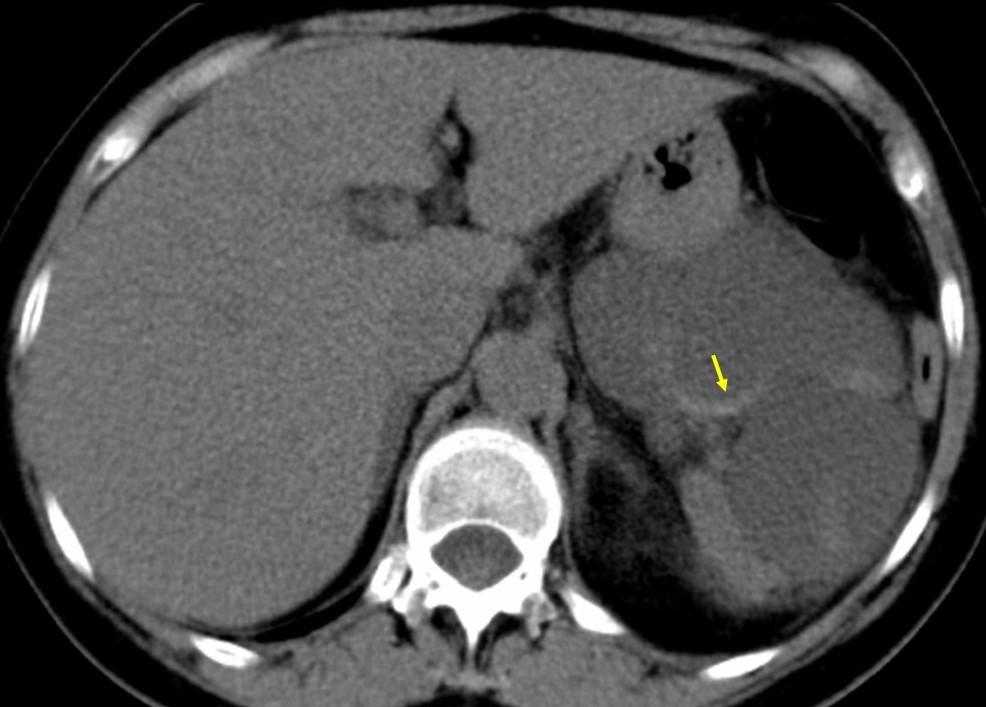 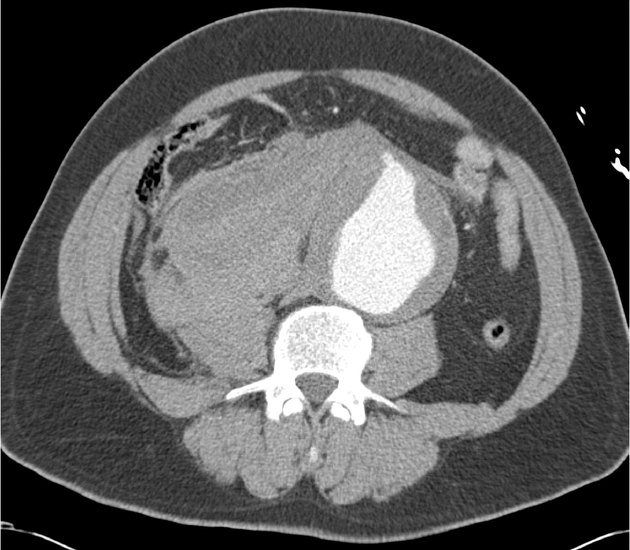 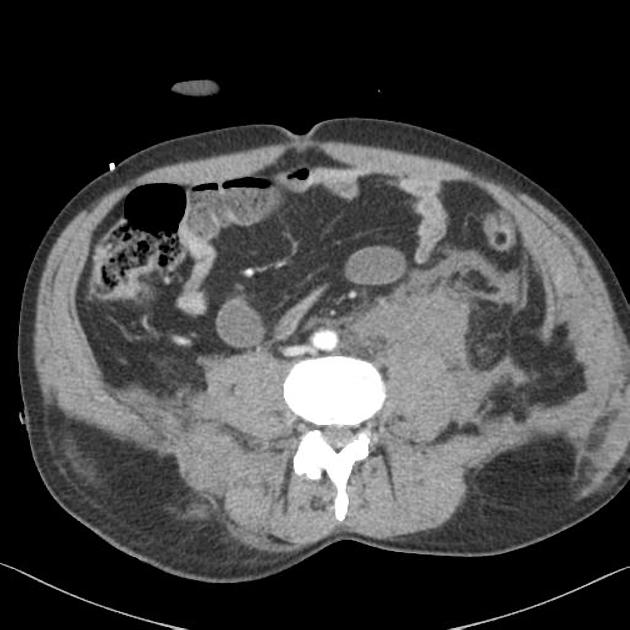 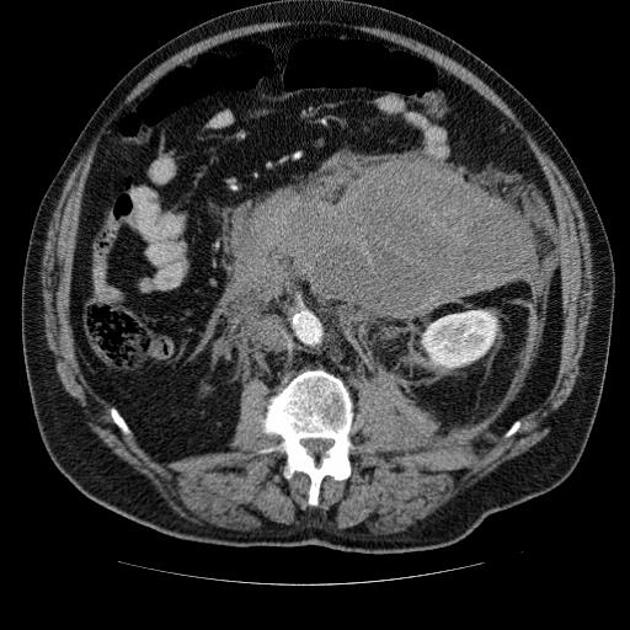 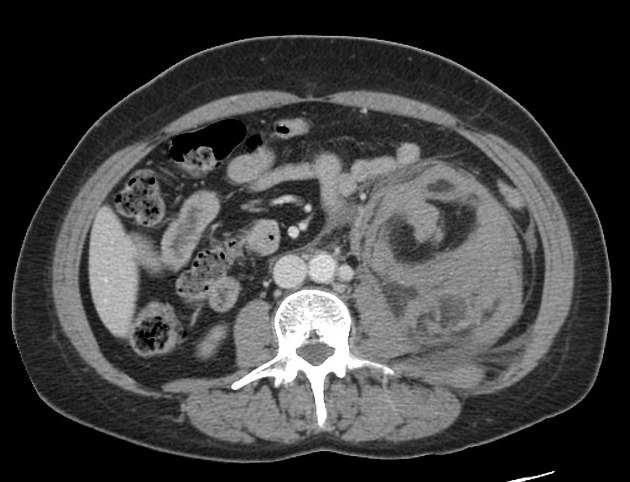 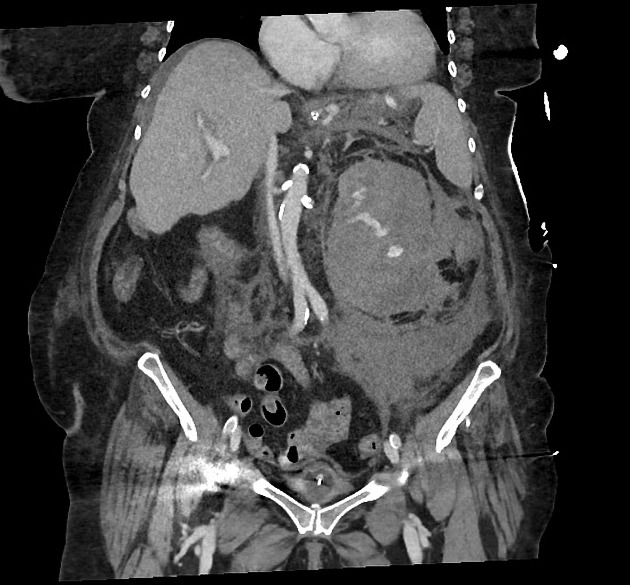 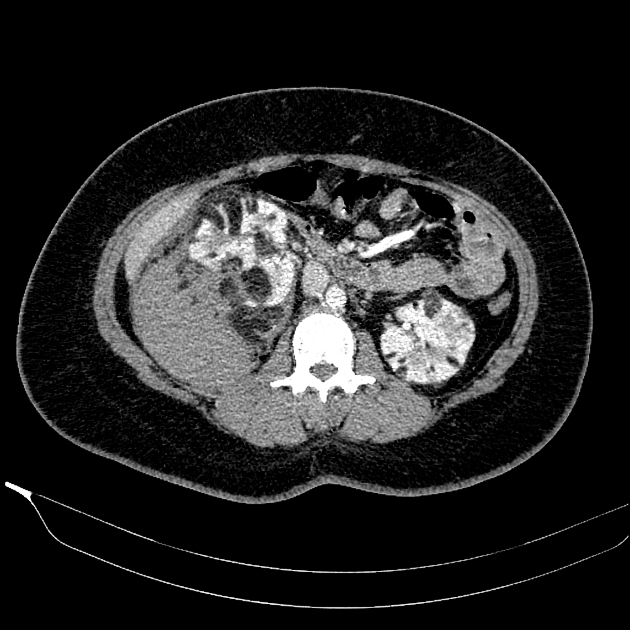 Retroperitoneal hemorrhage can be a source of significant yet occult blood loss.

The clinical features are varied depending on the amount of hemorrhage present, rate of onset and ability of the surrounding structures to contain the hemostatic system. The classic presenting features are:

However, presentation is often non-specific with a lack of cutaneous bruising or other localizing signs that can mean a delay in presentation and diagnosis.

The radiographic features can be variable depending on the stage of the hematoma.

Abdominal radiography is typically non-specific but may show:

On angiography an active bleeding point or the breach in the wall of aneurysm (if its an underlying cause) may be identified.

On MRI a retroperitoneal hematoma has a variable appearance depending on the stage of the blood. It helps in better assessment as it can distinguish between blood and a neoplasm:

Management is based on the overall clinical context and vitals signs of the patient, the cause and stage of the hemorrhage.

Although no consensus guidelines exist for retroperitoneal hemorrhage, it is accepted that patients with small hematomas or without ongoing bleeding can be managed conservatively.

It was previously thought that spontaneous retroperitoneal hemorrhage is related to microvascular causes which cannot be treated endovascularly. However, endovascular treatments now have a proven role in management, including:

Chronic hematomas can become infected and are evacuated by percutaneous drainage or surgery. It has a better prognosis compared to that of the acute type.