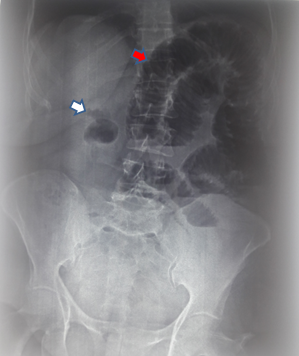 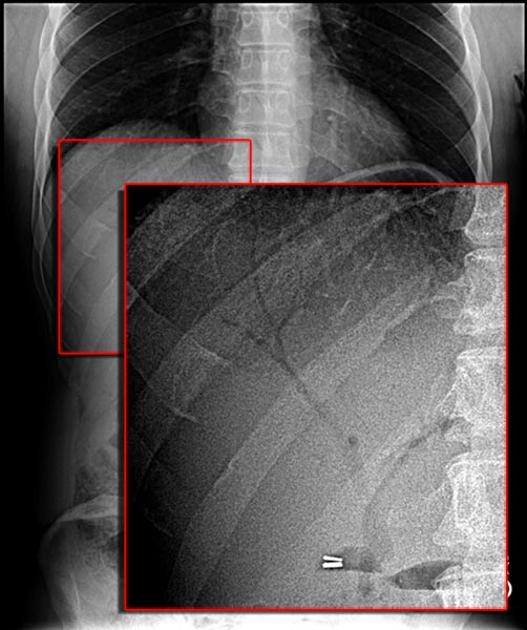 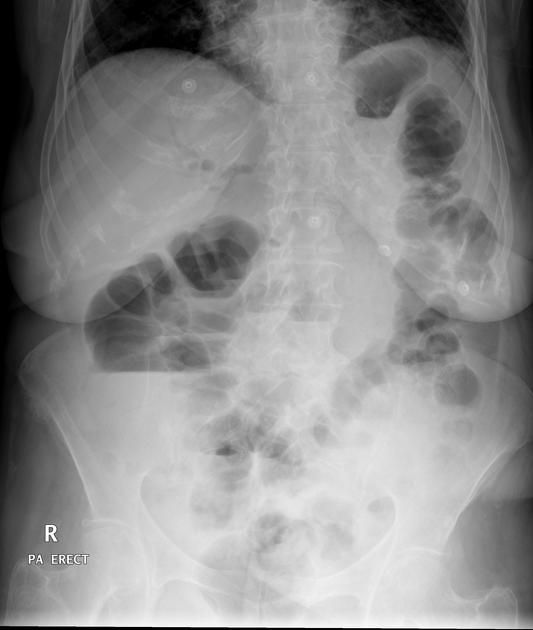 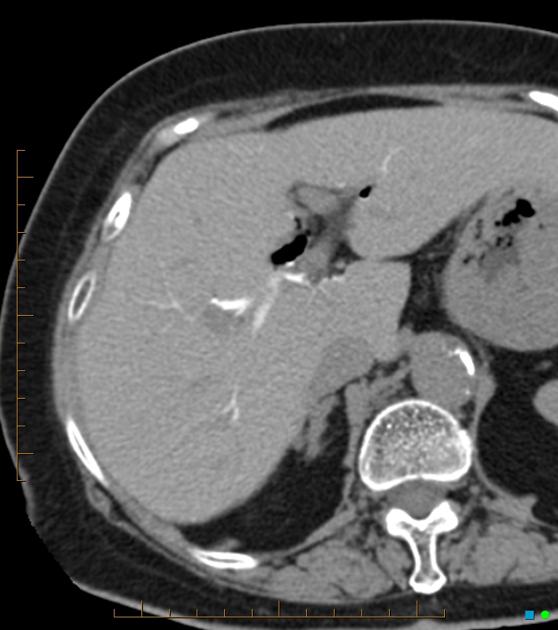 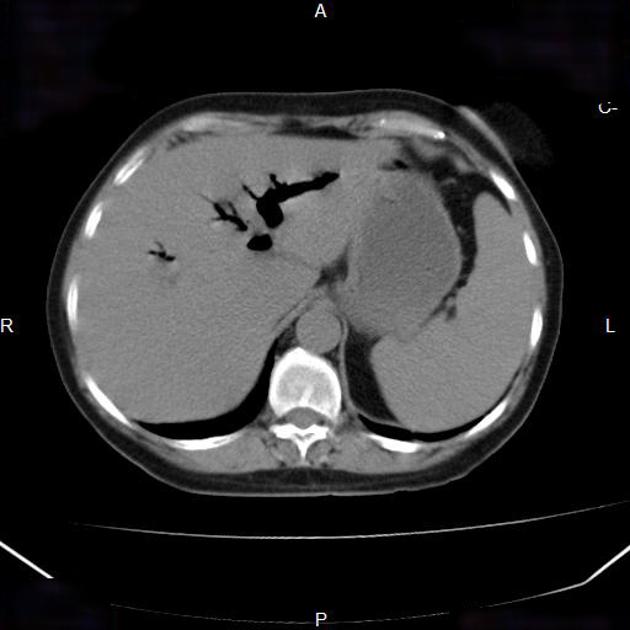 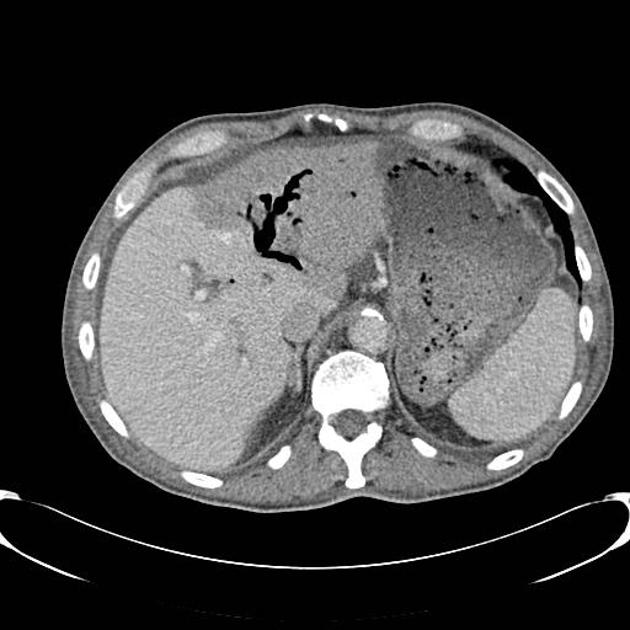 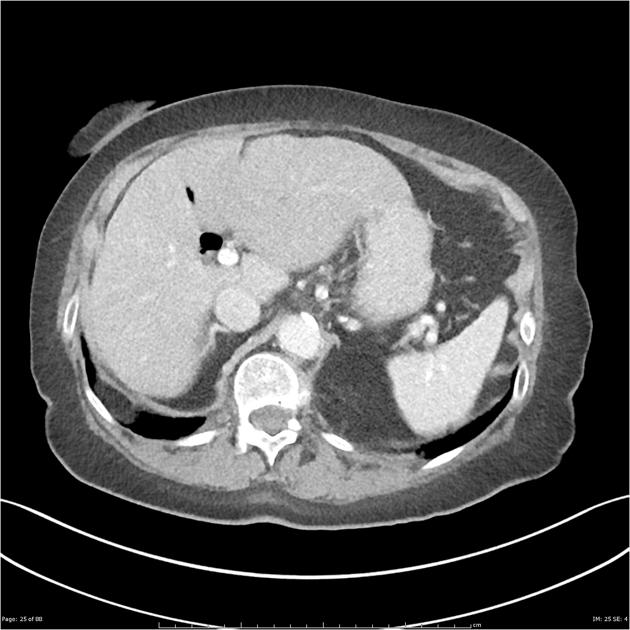 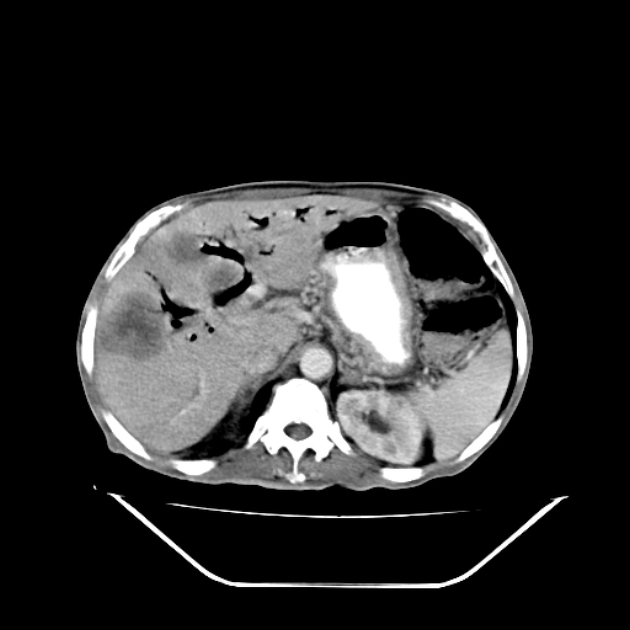 Pneumobilia is typically seen as linear branching gas within the liver most prominent in central large caliber ducts as the flow of bile pushes gas toward the hilum. This is in contrast to portal venous gas where peripheral small caliber branching gas is usually seen due to the hepatopetal flow of blood away from the hilum.

Supine radiographs often demonstrate a sword-shaped lucency in the right paraspinal region representing gas from the common duct and the left hepatic duct.  This has been termed the saber sign and is present in ~50% of patients with pneumobilia .

Ultrasound is very sensitive in detecting gas within the liver as it causes artifact, specifically regions of high echogenicity with prominent shadowing or reverberation. The liver has been described as having a 'striped appearance'.

Branching hepatic gas is easily appreciable on CT as branching gas-density regions within the liver.

Differentiating between biliary and portal venous gas is usually achievable especially when intravenous contrast is used.  Gas within the biliary tree tends to be more central, whereas gas within the portal venous system tends to be peripheral (carried along by the blood). Also, biliary gas is anti-dependent, and typically fills the left lobe of the liver.

The differential of pneumobilia is very limited:

More importantly every attempt should be made at assessing the cause of pneumobilia, as a number of causative entities require prompt management.

The existence of pneumobilia is a useful sign to look for when trying to determine the patency of a common bile duct stent. Resolution or reduction of pneumobilia after stent placement is highly specific and quite accurate for predicting biliary stent occlusion .