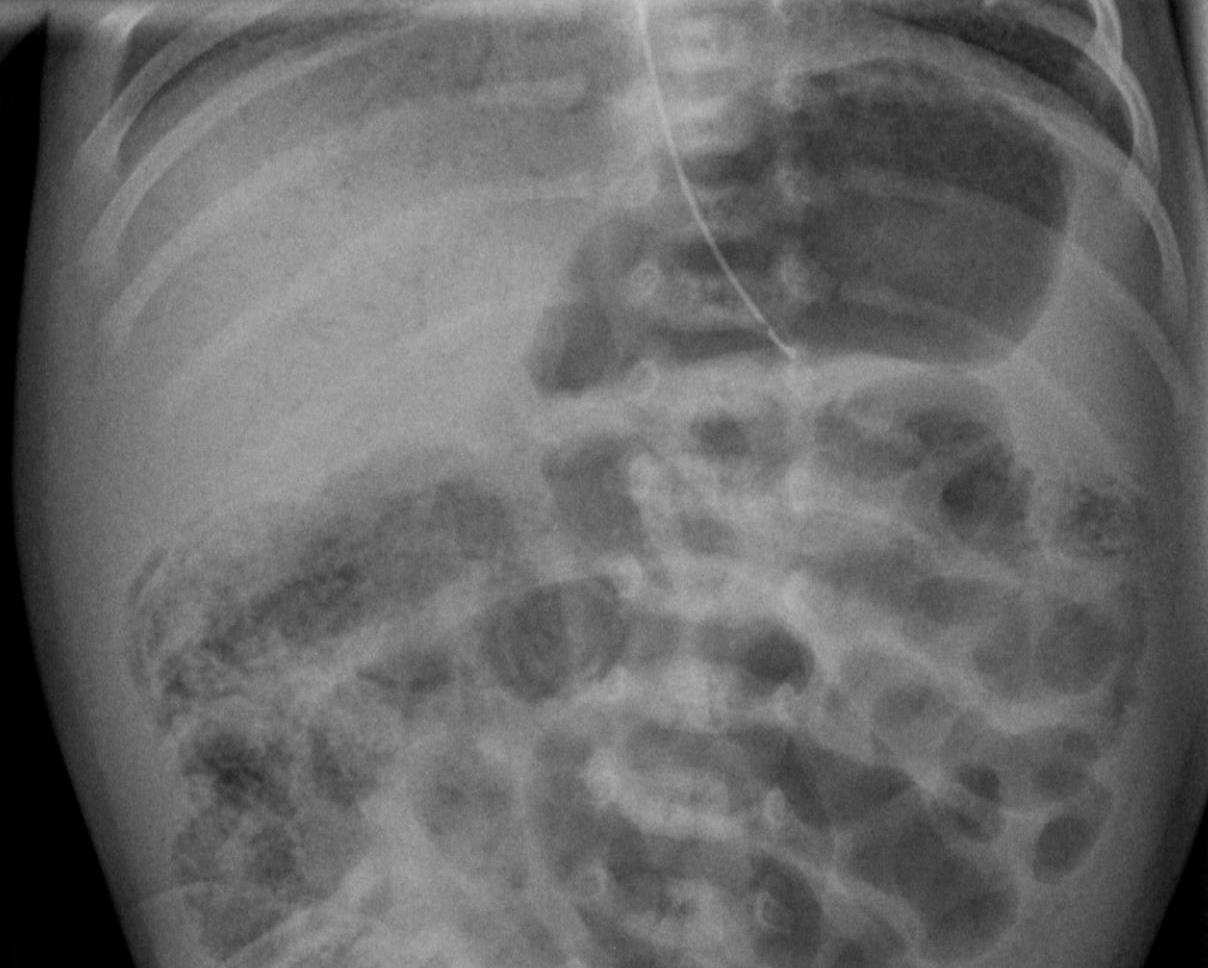 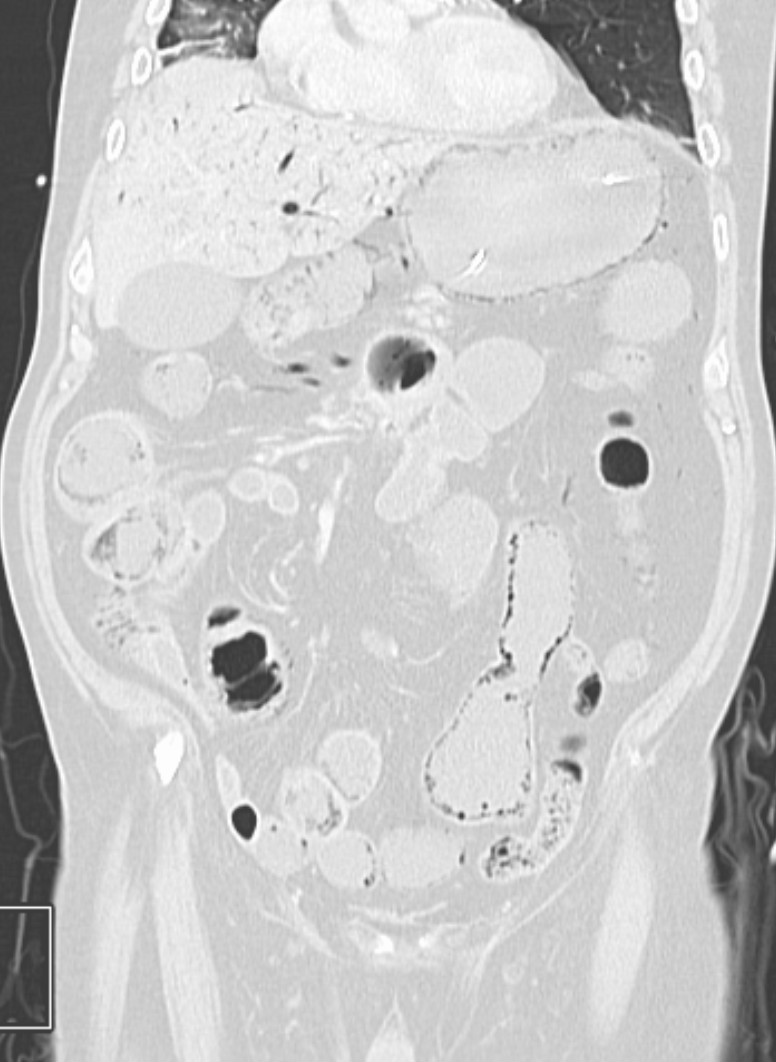 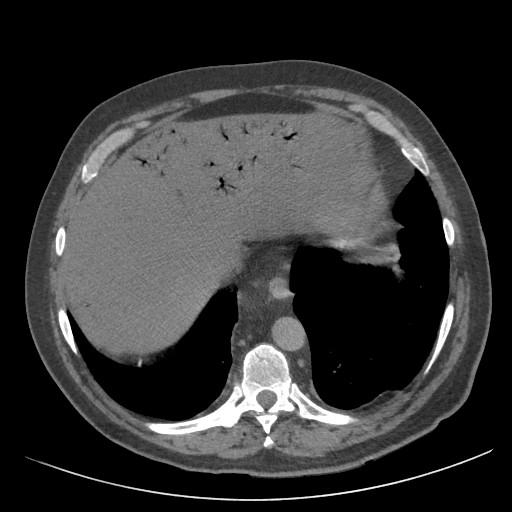 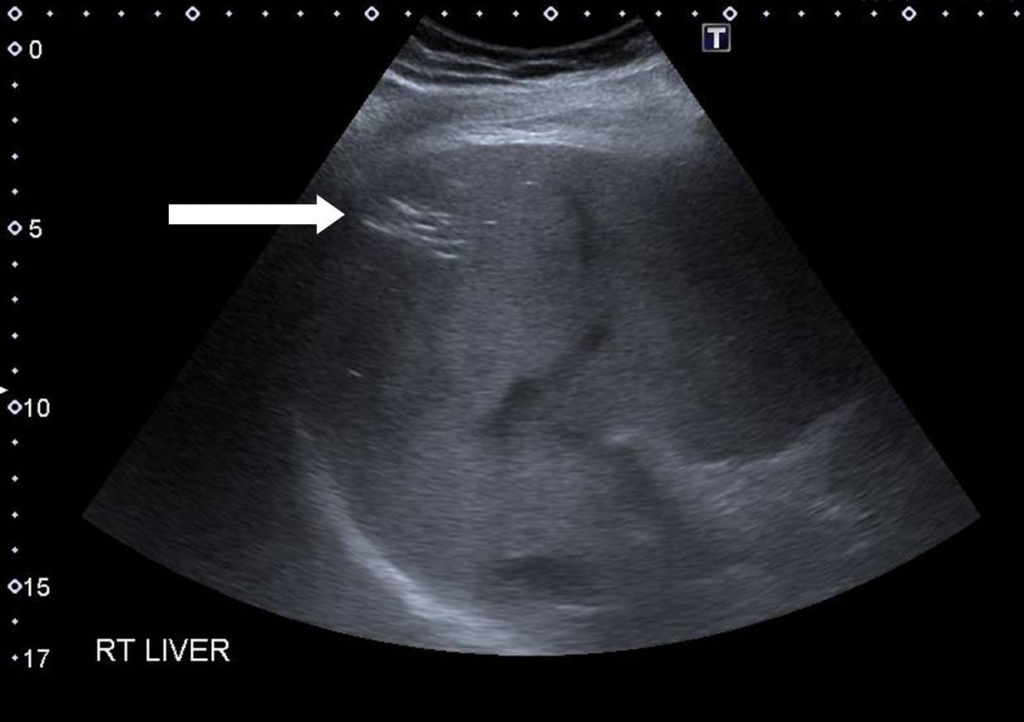 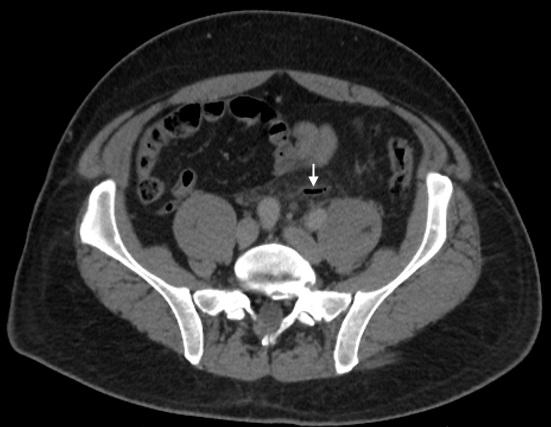 Portal venous gas is the accumulation of gas in the portal vein and its branches. It needs to be distinguished from pneumobilia, although this is usually not too problematic when associated findings are taken into account along with the pattern of gas (i.e. peripheral in portal venous gas, central in pneumobilia).

Although traditionally considered a harbinger of death, portal venous gas is increasingly recognized in a variety of conditions, many of which do not carry as high mortality or morbidity risks.

Causes of portal venous gas are best divided according to the age of the patient:

Branching lucencies projected in the liver or vessels coursing towards the liver.

Gas in the portal veins usually manifests as echogenic mobile foci in the lumen of the portal vein. Doppler US will demonstrate sharp spikes on both sides of the basal line on the Doppler spectral display .

Similar to X-ray features, portal venous gas manifests on CT as branching gaseous foci of low density in the liver, portal vein and its tributaries. The vessel-gas interface may cause streak artifact. Typically, the gas in the liver is peripheral which helps differentiate it from more central gas due to pneumobilia).